The story of the poet, the commentator, the band and the World Cup song

What happens when you combine a culturally potent mix of a Welsh poet, a famous commentator and a band from Wrexham?

That would be ‘C’mon Cymru’- the Wales World Cup single and all round indie pop ear worm from Wrexham outfit The Columbians.

“One of us followed the Welsh poet Andrew Challis and were a made aware of his inspiring poems,” says Columbians guitarist Niall Forbes, explaining how the song came together.

“By chance we saw a band had let him down for a Welsh World Cup song due to their busy schedule and we thought we thought we would give it a shot.” 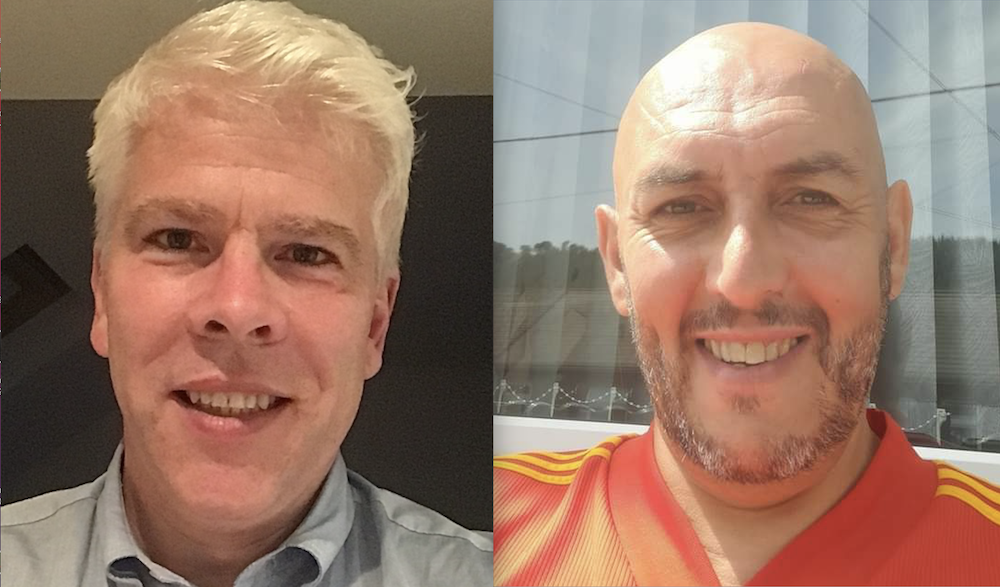 With Andrew on board, the band then reached out to former Sky and BBC broadcaster Bryn Law, well known amongst the Wales support not least for his most excellent Welsh football books – ‘Zombie Nation Awakes’ and ‘Don’t Take Me Home’.

“Bryn Law had kindly shared our music prior, and we were cheeky in asking if he would get involved,” says Niall. “We sent him the ideas we had for the collaboration, and being the legend he is, sent back multiple versions as well as his own ideas and we were set.”

From there the wheels of industry turned quickly.

“Andrew sent us the lyrics and the basis to the song, and within two hours we had sent him some demos of how we thought we would do it,” the musician explains. “We were both extremely excited by it and we then took it to practice the following Monday. We sent Andrew a version and then it was a done deal. The following Saturday we were in Amp studios in Wrexham with Nino Errico recording it. Recording went smoothly and the words Bryn had sent fit perfectly.”

There was, however, one final hitch.

“We were all ready for a Friday upload when the publisher queried having Welsh and English in the title. After some back and forth, our Welsh World Cup song was released yesterday.

“We are proud to have worked with both Andrew Challis and Bryn Law on this, and can’t wait to watch Wales at the World Cup. We hope people enjoy it!”

Find out more about the band HERE