The winner of this year’s Welsh Music Prize, Cardiff MC Deyah, has revealed the harrowing personal struggles that informed her album, ‘Care City’.

The stark lyrical content of the album, which saw off competition from artists such as Gruff Rhys, Colorama and Georgia Ruth, to scoop the award, was informed by the bullying and drug addiction that led her to attempt to take her own life.

The powerful self-produced and self-released album, which details what Deyah describes as “a really dark time in my life” mixes soul, rap, laid-back beats, and lyrical flow.

Shortlisted for the Welsh Music Prize in 2019 with her album Lover Loner, it was her stark, soul-baring follow up that captivated judges, who unanimously declared it the winner of the 2020 prize.

Speaking to Janice Long on her Radio Wales show, Deyah said she felt that she had made something special.

“To be honest, because it documented a really dark time in my life, I felt something good has got to come out of it. I had a feeling that the pain I went through had to come to some sort of use.

“In the back of my mind I did have the hope that it would do well.”

She told the presenter that her descent into a dark place began at the church she was attending.

“I had an issue with the church I was attending at the time,” she said. “There were girls my age and there was some bullying going on.

I felt very isolated from that and church was where I found my refuge.

“I went to on to taking drugs and self-destructive behaviour, multiple suicide attempts and then finally I went to rehab to get myself back to normal.

“That’s what Care City is about. It’s about being at your worst point and then getting back to where you should be.”

The MC added that the bullying led her to retreat into her own world, turning to drugs to numb the pain.

“I thought bullying was something that happened in school,” she said. “I didn’t realise that at 24 I could be contemplating life because of being bullied.

“These were my friends, these were people I was surrounded by every single day, so to then be by myself it was really horrible and that’s’ why I turned to drugs to fill out the spaces of the silence when I was on my own at home.

“I’m still puzzled (about how it happened) to this day. It was one of those things that never really got resolved. The people who bully are extremely hurt themselves and I think it’s a way they talk it out and channel it on other people. It’s unfortunate as it ruins lives.” 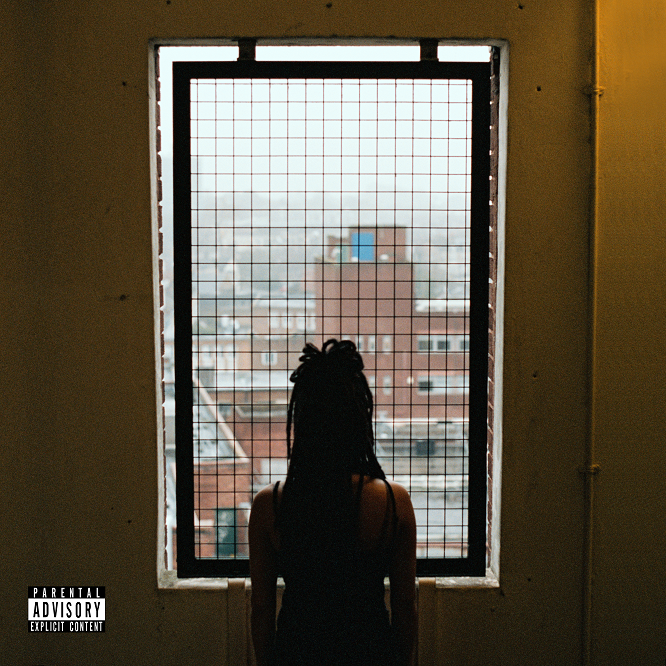 The title of the album comes from the love and support she received to get her through.

“It was my mum and my best friend who mainly got to see what I was going through,” she recalled. “It was heartbreaking to have to see them essentially at one point have to give me 24 hour care, constantly worrying about my well being and where I was.

“I think my mum looked at me and thought she had lost me already. I was a completely different person. I was a horrible person at that time. I basically lost everyone and had to build up again from scratch.

“You don’t see the point of being nice because you have that mindset of if you are going to be nice, you’ll be treated badly regardless, you can get into that mental cycle and drugs do not help with that either at all.”

She said that making the album was a hugely cathartic process, given everything she had gone through.

“I wouldn’t want to say the album saved my life, per se, but being inside my home and recording music really kept me out of even more trouble I was already causing myself,” she said. “I would definitely say it was a form of therapy being able to channel it in a beneficial way.”

As for winning the Welsh Music Prize, she admitted she was taken aback when her name was announced as part of the ceremony held online this year, due to Covid.

“I couldn’t believe it,” said Deyah. “I’m so shocked. I’m sure it will sink in, in a week or two. I was completely speechless. I’m a person who talks a lot so when I’m speechless it must be something incredible.

She added: “Winning the Welsh Music Prize is a total surprise but a complete honour. It’s a body of work that documents the hardest time I’ve ever gone through and for it to be nominated let alone win is so humbling, I’m so grateful.”

A panel of music industry experts selected the winner of this year’s Welsh Music Prize, from a shortlist of 15 albums, showcasing the range of creative talent in and from Wales.

Huw Stephens, the Welsh Music Prize’s co-founder, said, “Deyah’s Care City impressed the judges immensely with her personal, poetic and intricately produced album. She’s a young Welsh artist who is really making her mark on the music scene, and we’re thrilled for her to be the 10th recipient of the Welsh Music Prize. Care City is a phenomenal listen, her words and flow are outstanding.”

The online event, streamed through welshmusicprize.com and amam.cymru, took place on Zoom with the presenters, artists, judges and jurors, replacing the usual live event due to COVID-19 restrictions.

It included a surprise appearance from Michael Sheen, a long-standing champion of music and the arts in Wales.

The actor and campaigner, said: “The incredible richness, the imagination, the creativity that is represented by all the nominees this year is extraordinary. I’ve been blown away by it. It makes me feel incredibly proud to know that people across the world are able to get a window into who we are in Wales through this music, because you are our voice internationally.”

Bring Me The Head of Jerry Garcia – Keys

A Vision In The Dark – Kidsmoke

Everything Solved At Once – Silent Forum

With the support of Help Musicians, the artists each receive an industry support package including a creative development award of £500, free access to the Musicians Hearing Health Scheme (MHHS) and two hours of business planning with a music industry expert.

The 15 episodes feature in-depth conversations with each of the artists about their nominated album, led by a uniquely matched contributor.

The full series is released on Monday, November 23 via AM, Apple