The top picks of ‘22: Our writers select their cultural highlights of the year

Being one of the crowd, in a theatrical interpretation of a Butetown funeral is my cultural highlight of 2022. It was a bit of a hard sell as a post lockdown evening out for my companions.

On a cold June evening, we loitered on the cobbles of Bute Place in Cardiff Bay for the promise of the ‘magic that happens when Artist meets the fabric of community and place’. For me, the magic of the ‘Circle of Fifths’ production lay in the wash of voices from Butetown, Barry and Pen y Bont.

Our randomly assembled and rain-soaked audience found we had become the gathering for the first ‘fifth’ of a funeral that drew on the communal traditions of Tiger Bay.

A talented crew of actor musicians and theatre practitioners led by charismatic funeral arranger/artist Maureen Blades led us through the various stages of grief and exuberance.

Yeats wrote that ‘the Irish have an abiding sense of tragedy that sustains them through temporary periods of joy’, which may explain my sense of belonging.

This unconventional approach to storytelling and the elevation of ordinary lives to mythology was a joyful and bittersweet antidote to months of Netflix and Amazon Prime.

I organised a cultural evening for Ballygar Carnival in the summer. Stories, songs, and short films spoke of emigration, nomadic lives, enraptured hearts, and spurned loves.

Plangent and passionate voices from our local community spoke in tongues from Nigeria, England, Zimbabwe, Wales, and Gaelic Ireland.

In November, Bryan O Docherty the Irish American visual artist, from the same Shannon hinterland as myself died in his 94nd year. He summoned up the ancient ogham script to explore the limits of language and identity.

Elsewhere in the parish, Artist Sheila Flanagan installed her piece titled ‘The Landscape of Longhand’ at Newbridge Community Centre.

It celebrates the diversity of languages across our rural community including yr iaith Cymraeg. I see the target for one million Welsh language speakers as a cultural highlight as well as a beacon of hope for all marginalised voices across the globe. 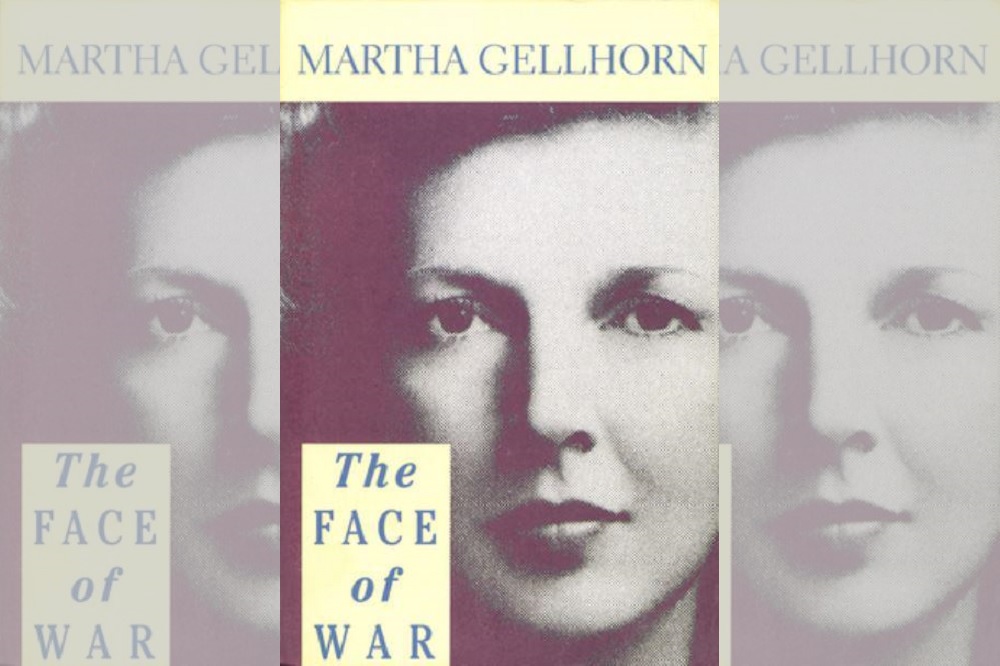 Non-fiction: Martha Gellhorn’s Face of War. Oh what a writer. Hemingway without the machismo.

Lived in Monmouth for her last years, a murrain of memories and knowledge of the stupidity and beauty and ugliness of mankind.

One of the very best war reporters ever.

TV: The English. You’ll never forget Black Eyed Mog. One of the characters that McCarthy deemed too much for his Blood Meridian.

Poetry: Louise Glück. Being baffled by words has never been so enjoyable.

Disappointment: Wales in the World Cup. You knew that was coming, didn’t you?

The one stereotypical gay gene that evaded me was a love of musicals – I’ve sat stony-faced through so many, checking my watch instead of tapping my toe.

So it is more of a surprise to me than perhaps to you that my greatest 2022 highlights are both full-on, crash-bang, raise-the-rafters musicals.  Hands in the air and altogether now!

Operation Julie, cooked up by Aberystwyth Arts Centre and Theatr na nÓg, managed to tell the intriguing tale of the world’s biggest acid bust in 1970s Ceredigion through the medium of big hair and even bigger tunes.

Best of all though, a show that should become a cult Welsh classic for the world: Milky Peaks, born in Theatr Clwyd and toured in the spring.  Its main creator and star, Seiriol Davies, is a bona fide genius, as anyone who caught his previous show How to Win at History would testify.

In Milky Peaks, he worked with some brilliant co-creators to pen the saga of a fantastical north Wales town targeted by shady far-right incomers as their potential new stronghold.

That such a politically sharp story should be so bright and bubbling, pant-wettingly hilarious, queer as goats and bursting with humanity is testament to theatre that not so much thinks outside the box, but tramples down its sides and leaves it whimpering, spent with joy.

In the three weeks at its home theatre in Mold, Milky Peaks was getting dozens of people returning to see it again and again.  I can absolutely see why.

The lines and lyrics are golden, and never sag; it was my best night out at the theatre in decades, and I am gagging to see it again.

Praise the Lord, we are a musicals nation!  Even me, it would seem.

You can catch up with other highlights here