The top picks of ‘22: Our writers select their cultural highlights of the year

After two years of online book launches and promotions, it was wonderful to be able to attend literary events in person once again. Whether it was celebrating Palas Print’s 20th birthday in the company of Meinir Pierce Jones, Charlotte Williams and Jon Gower, sitting in the Babell Lên at the Eisteddfod Genedlaethol, taking my daughter to meet the author of the Sw Sara Mai series or launching two books of my own, I’ve loved being able to meet other authors and readers again.

I consider myself a bit of a connoisseur when it comes to comedians, and Rhod is up there with the best.  His routine at Clwyd Theatr Cymru was a bit of a departure from his trademark breathless-with-indignation ranting. Don’t get me wrong, there were still moments of near-apoplectic rage about frozen prawns, but these were tempered by heartfelt reflections on infertility, grief and ill-health.

It takes courage to take such immense pain as his family have felt and make it the deliberate subject of laughter – to literally laugh in the face of suffering. The audience gave him a standing ovation.

Clutch at the Manchester Academy

One of the best things about writing novels about rock music is that readers love to share their own favourite (non-fictional) bands with you.

Following the release of my YA rock band novel ‘Curiad Gwag’, rock music aficionado Judith and I were comparing notes, and it was she who introduced me to the music of Clutch. If my 2022 had a soundtrack, it would be almost exclusively their music.

Clutch run the gamut of the rock genre, from their early angsty stoner-rock to the southern blues of Beale Street, and lead singer Neil Fallon’s theatrical delivery and clever lyrics packed with cultural references makes every one of their album studio albums an intriguing, audial delight.

Judith and I jumped at the chance to see them perform live in Manchester, and it has ruined live music for me. No other band I’ve seen live can match Clutch. Despite being on my feet for over three hours, as soon as the encore ended, I wanted to watch the whole set again.

Angel was an astonishing and deeply moving production of Henry Naylor’s play, directed by Peter Doran for the Torch Theatre Milford Haven, and performed by Yasemin Ozdemir, who started her career at the Torch Youth Theatre.

The story is based on a young female law student, the Angel of Kobane, who defended her home town in war-torn Syria against ISIS for over a year, allegedly killing over a hundred extremists.

Yasemin’s performance was outstanding: gutsy, physical and able to switch from tragic to comic in seconds.

Her intelligence in the role was remarkable, as she showed how the dilemma she faces – defend or die – corrupts her to her core.

At the end of the two performances I attended most of the audience were visibly and audibly moved.

What make Angel significant too, is that it is one of Peter Doran’s final productions for the Torch Theatre, a beacon of culture and hope on a wind-thumped cliff in Pembrokeshire, which Peter has kept alight for 24 years as Artistic Director. Alongside more traditional choices,  Peter’s championed new writing, like Carwyn and Grav, the latter made into a film by S4C.

Peter had wanted to direct Angel for a long while, and this year the production went to Edinburgh, had a London run and toured Wales to standing ovations.

Currently his last directed panto Sleeping Beauty sells out at the Torch, so it seems a fitting time to thank Peter for the magic he’s brought to us down West, and to look forward to seeing more from talent like Yasemin, nurtured by the against-the-odds Torch Theatre. 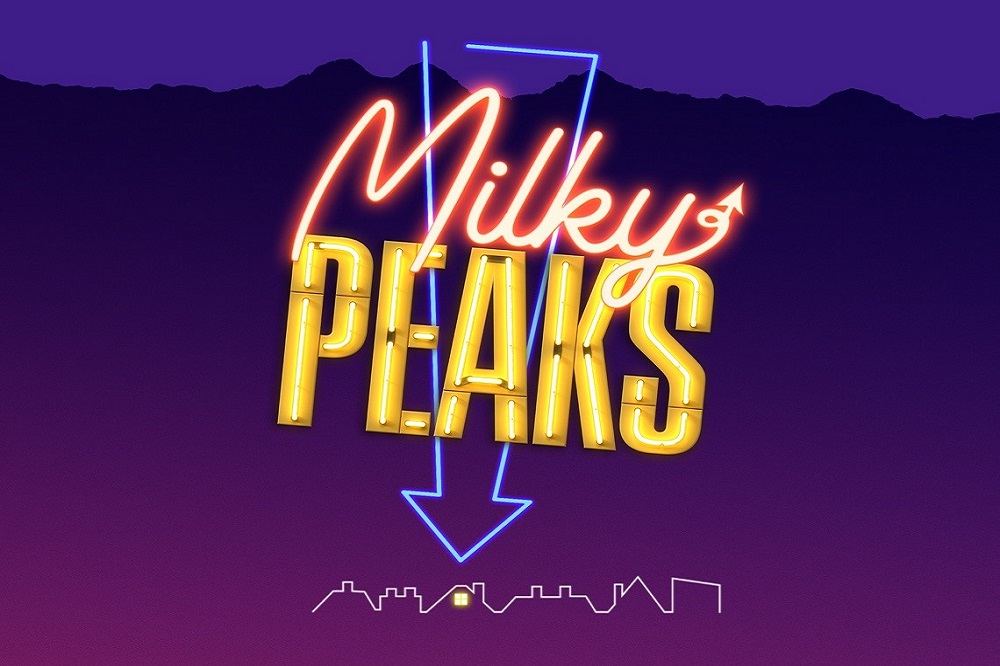 As the year draws to a close, the dark nights inspire nights huddled under blankets sipping hot chocolate and looking back over the past twelve months with fondness. This year, the arts in Wales seem to have defiantly torn back the curtain on the covid restrictions and asked, “Are you coming out then?”

Milky Peaks, written by Seiriol Davies, was show in May at Cardiff’s Sherman Theatre and, for me, one of this year’s highlights. He musical, written and composed by the talented Seiriol Davies, Milky Peaks centres around a small Snowdonian town as it enters a competition to be judged ‘Britain’s Best Town’.

It is soon discovered that this competition is a cover for a right-wing organisation that wants to take over the village. Oh No! Our protagonist, Dewi, must save the day.

Dewi, played by writer Seiriol Davies is lovable and naive. He struggling to come to terms with his own sexuality. It takes a look at what it is to be queer and Welsh and explores them both with smart humour and catchy songs.

Stealing the show was Ms Pariah Carey, played by Matthew Blake, is an over-the-top, drag queen, tippler that is desperate to be cast as lead in My Fair Lady.

Jokes were served up quicker than cucumber sandwiches at a wake and the costumes were simply imaginatively gorgeous.

It was refreshing to see gender roles being not adhered to with the casting. A jolly, songful dance around serious topics including nationalism, bigotry, and gender.

Good wins out in the end, balance is restored – Hurray!