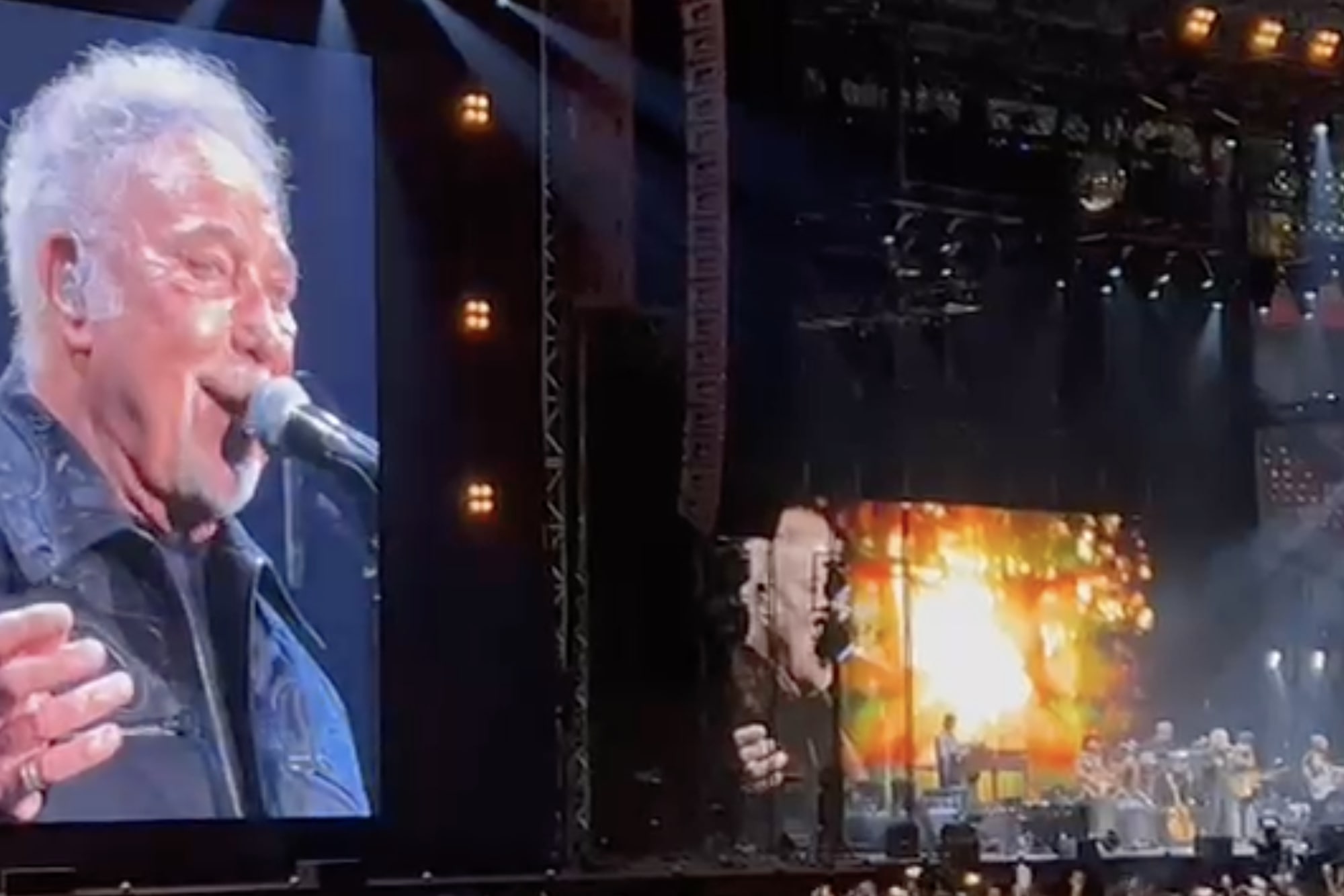 It was always going to be an emotional occasion for the man who is considered a living legend within Wales.

The true Prince of Wales, The Voice, the greatest Welshman, call him what you will, the thousands who packed into the Principality Stadium last night to watch Sir Tom Jones in support of Stereophonics, no doubt expected an emotional performance – and they weren’t disappointed.

Before the emotion was ramped up to 11 there was a cheeky welcome from the 82-year-old, with a little trademark humour.

“What about this weather. I got a bit of a suntan today… in Cardiff. Fantastic!,” he exclaimed incredulously.

However, it was during a touching and poignant version of his 1966 worldwide number one – ‘Green Green Grass Of Home’, that Sir Tom appeared to have tears in his eyes as he belted out a song that has meant so much to him for so long, delivered with all his usual gusto and a voice still every bit as rich in tone and power.

The lyrics, of course, were incredibly poignant on the day the Welsh star returned home.

The song is about a man who returns to his childhood home for what seems to be his first visit there since leaving in his youth. When he steps down from the train, his parents are there to greet him, and his beloved, Mary, comes running to join them. They meet him with “arms reaching, smiling sweetly”. With Mary, the man strolls at ease among the monuments of his childhood, including “the old oak tree that I used to play on”, feeling that “it’s good to touch the green, green grass of home”.

The song of course has a more sober ending.

Abruptly, the man switches from song to speech, as he awakens and sees “four grey walls” surrounding him and realises that he is in prison. As he resumes singing, we learn that the man is waking on the day of his scheduled execution. He sees a guard and “a sad old padre” who will walk with him to his execution at daybreak, and then he will return home “in the shade of that old oak tree, as they lay me ‘neath the green, green grass of home”.

Tom Jones fan, Wayne Courtney, said it was an emotional moment for both the crowd and Sir Tom.

“Sir Tom was home and emotions were high for us and for him, he was clearly moved to be back home especially when he sang the Green Green Grass Of Home,” he said.

“There were people singing along with tears running down their cheeks. You just knew it was one of those very special moments in music which people will talk about for years to come.”

The emotional finish to Green Green Grass Of Home

The full version of Green Green Grass Of Home

All videos credit of Wayne Courtney

Moral of the story??? – He can live in Beirut but he’s still Welsh.

And never mentions Ponty. Tears as no knickers chucked at him more like.

Not now he’s sold his house lives In london

Plastic Welshman, brit to the core.

Nothing nice to say I can see. I guess maybe you are not Welsh:)

Done nothing for Ponty.

My favorite Welshman, singer and love 😉 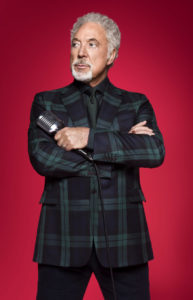 Watched his cameo last night ( Sat) and he didn’t look at all well. He may have put a lot into his Friday night performance and at 82 I admire him getting up on a stage and singing. Stay well, Jones boy, you may not be the perfection that some commenters on here demand but you have made an impression across the world.

Good to see the Aberaman boys use their Welsh identity which must have stuck in the throats of some of the hoards that tripped across the Bridge to see them.

Didnt Burton live in USA? No way would anyway have the guts to call him a plastic Welshman. He was, like TJ a Welshman through and through. If that is too difficult for people to accept, that’s their problem not ours.

I don’t think it would be a matter of guts. He was an actor who liked a drink that’s all.

I really don’t like him. Don’t get me wrong. He can sing (about murdering someone called Delilah because he can’t control his emotions). He can sing well. It’s just everything else about him. And the fact that when someone realises you are Welsh, first comes the sheep joke, then something about Tom Jones, usually spoken in a comedy Indian accent for some reason. Why should an elderly, permatanned sex addict living in Hollywood be synonymous with me or my nation?

now now play nice, no need to be nasty there’s enough horrible things going on !
it was a lovely all welsh concert we should be celebrating our talent !

I’d rather have seen the support slot go to newer Welsh bands. Pay it forward, not backwards! Still, could have been Shirley Bassey or the Treorchy Male Voice Choir waving leeks and Davey lamps, with the umame, seaside smell of Laver Bread lingering on their breaths.
I know we are a small nation, but huddling together in the safety of imposed 1970s valleys stereotypes sits awkwardly with me.