Watch: The man who speaks 40 languages including Welsh 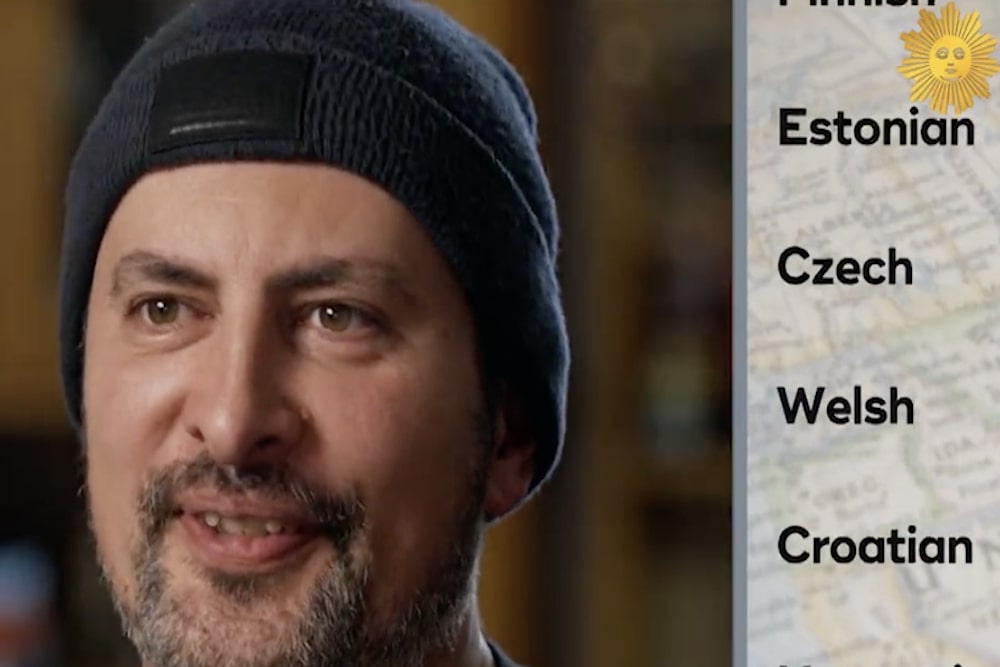 He’s been described as a real life superhero.

By day he’s a mild mannered carpet cleaner, by night he’s a hyperpolyglot, someone who can speak at least 11 languages fluently.

In Vaughn Smith’s case – his mastery spreads to a knowledge of 40 languages – including Cymraeg.

The 46-year-old from Gaithersburg, Maryland in the United States has a passion for languages that is quite incredible – although most people don’t know he has such a gift for words.

Studying with apps and books he picks up languages with fibre optic speed.

Although the American is hugely modest about his ability, preferring instead to major on the social benefits of learning so many languages.

Although never diagnosed both Vaughn and his mother believe he is autistic, which he believes could account for his saint skills.

He believes that making the effort to speak to someone in their native tongue, people are so grateful friendships often follow.

“It’s all about being able to connect to people,” he says.

When a news report of Vaughn’s supreme talent was posted online, hundreds of people replied in amazement at his achievements as a world class hyperpolyglot.

Our impressiveness at such feats is no surprise.

Writing in The New Yorker in a piece about the mystery of people who speak dozens of languages, the journalist Judith Thurman, neatly summed up how as humans we are in thrall at such feats.

She wrote: “Superlative feats have always thrilled average mortals, in part, perhaps, because they register as a victory for Team Homo Sapiens: they redefine the humanly possible. If the ultra-marathoner Dean Karnazes can run three hundred and fifty miles without sleep, he may inspire you to jog around the block.

“If (hyperpolyglot) Luis Miguel Rojas-Berscia can speak twenty-two languages, perhaps you can crank up your high-school Spanish or bat-mitzvah Hebrew, or learn enough of your grandma’s Korean to understand her stories. Such is the promise of online language-learning programs like Pimsleur, Babbel, Rosetta Stone, and Duolingo: in the brain of every monolingual, there’s a dormant polyglot—a genie—who, with some brisk mental friction, can be woken up.”

Watch this video from CBS and marvel at Vaughn’s incredible talent.

Forty-six-year-old Vaughn Smith, of Gaithersburg, Maryland, has a skill most people don’t know about – and very few can emulate. Although a carpet cleaner by trade, Smith’s real gift is for words – he’s learned about 40 different languages, so far. https://t.co/44q5M3rVes pic.twitter.com/9I0xB6YITD

Really, he can speak 40 different languages? It would be even more remarkable if he spoke 40 same languages!