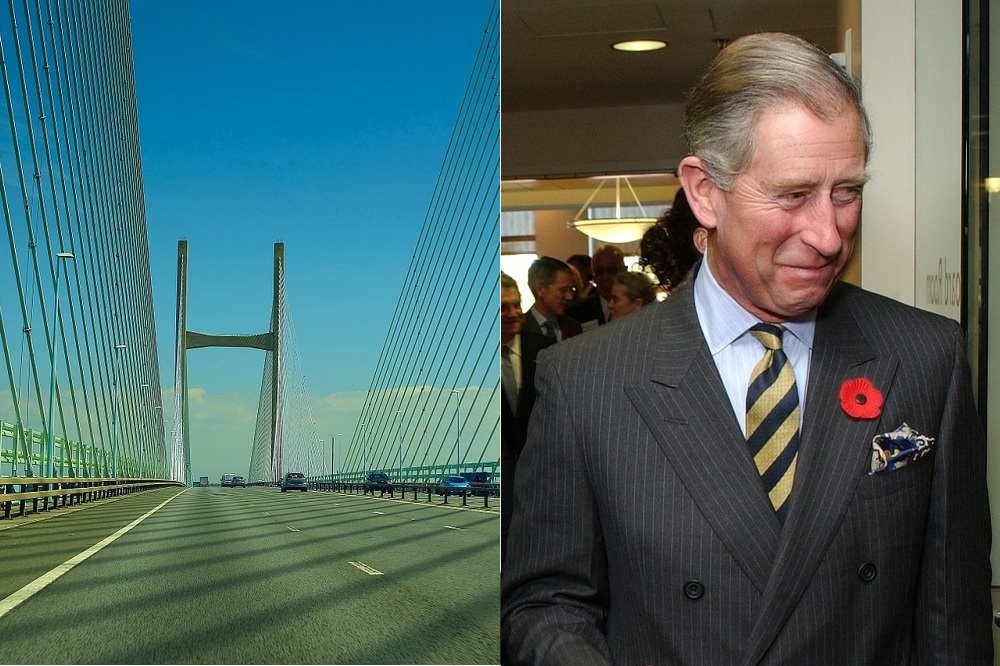 A survey conducted by the Bristol Post suggests the city and county is just as opposed as Wales to the change of name for the Severn Bridge.

Only 14% of respondents to a poll conducted by the Bristol Post newspaper supported changing the name of the bridge to the ‘Prince of Wales Bridge’, while 86% thought it should retain its current name or be called something else entirely.

The paper warned of a growing “backlash” against the idea, saying: “It seems the Welsh are not happy about the idea – but what do you think?”

The poll comes after a petition to stop the renaming of the second Severn Crossing to the Prince of Wales Bridge reached over 32,000 signatures – meaning that over 1% of the population of Wales had signed.

The author of the petition, Jamie Matthews, said it was clear from the Bristol Post’s poll that opposition to the renaming of the bridge was to be heard on both sides of the Severn.

“It’s clear from the poll in Bristol that this issue is not about Wales vs England, republican vs monarchist, it’s about people having a say in the name,” he said.

“It’s also clear that many people feel it’s not necessary to rename the bridge at all.

“The response to the petition has been overwhelming and the number of individual messages of support I’ve received shows the depth of feeling against this decision.”

Today the Welsh Government denied responsibility for the renaming, saying that it was a matter for the Westminster Government’s Welsh Secretary, Alun Cairns, only.

Alun Cairns announced the name change on Thursday, in order to mark 60 years since Charles was given the title of Prince of Wales at the Empire and Commonwealth Games in 1958.

Assembly Member Adam Price said that opposition was “not just about the name of the bridge, but the symbolism, and the way the decision was made”

“Given the strong public reaction, we should now at the very least expect the Welsh Government to make formal representations to the UK government in favour of public consultation,” he said.

South Wales Argus readers also opposed the name change, with only 10% in support.

A poll on the Telegraph website also showed that 67% of respondents felt there should be a consultation over the name change, with only 33% in support.