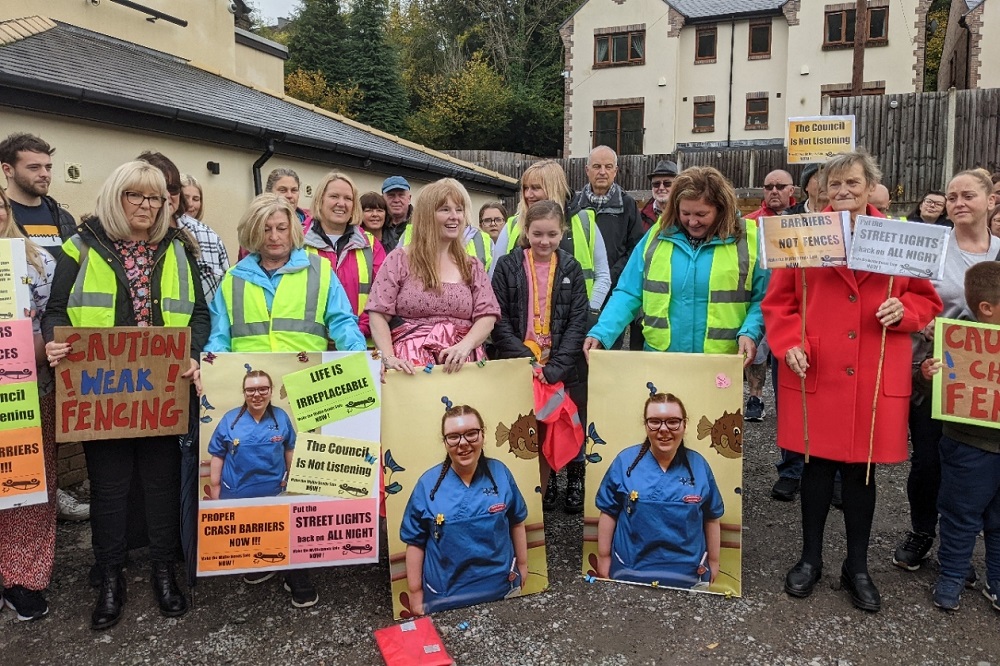 Caerphilly County Borough Council has confirmed will carry out an independent road safety study of the Wyllie bends in February 2023.

This follows a tireless campaign by Laurie Jones’ family, who have been calling for a metal barrier to be placed along the B4251, which links Ynysddu and Gelligroes.

Laurie, a 23-year-old paediatric nurse, was driving home from a shift at University Hospital Wales in Cardiff when she crashed and died.

Her mother, Jo Jones, said she was just two minutes from home. Laurie’s car was later found in the nearby Sirhowy River.

In response to the council’s announcement, Laurie’s grandfather, Leighton Reardon said: “The campaign and family will not accept anything less than proper barriers on the bends.”

The council has said a draft report of the study is expected to be ready in March, and will be shared with the family and local councillors. Cabinet will then consider the report in May or June.

Leader of the council, Cllr Sean Morgan said: “We will endeavour to ensure the family and local councillors are engaged throughout the process, I also recognise that there is wider public interest in this matter, so throughout the process we will be providing regular updates to the community too.

“This stretch of highway has seen several unfortunate accidents in recent years, two of which were sadly fatal. I’m sure the community will welcome the fact that we are responding positively to the concerns that have been raised and will keep everyone updated about progress.”

The motion to re-evaluate the road was put forward by Ynysddu’s independent councillors, Cllr Jan Jones and Cllr Janine Reed, and was passed by the council’s cabinet on November 16 – after members heard directly from Mrs Jones.

Prior to this decision, in February 2022, cabinet members had approved a concrete post and chain-link fence for the road – at a cost of £350,000.

The material of the fence was then changed to metal via a delegated decision by head of infrastructure, Marcus Lloyd.

On September 11, a van crashed through the fence – the driver is believed to be unharmed.

In October, both the independent councillors, along with more than 100 supporters, attended the protest along the Wyllie bends, organised by Mrs Jones.

At the protest, Cllr Reed said: “Many are miffed that there are so many accidents on this road. People in this village have had friends and family members hurt on this road.”

Following the cabinet’s decision to re-evaluate, Mrs Jones said: “I’m just so pleased that it’s going to be looked at. I feel I have accomplished something as there’s a chance that they could make it safer – this is quite a breakthrough.”