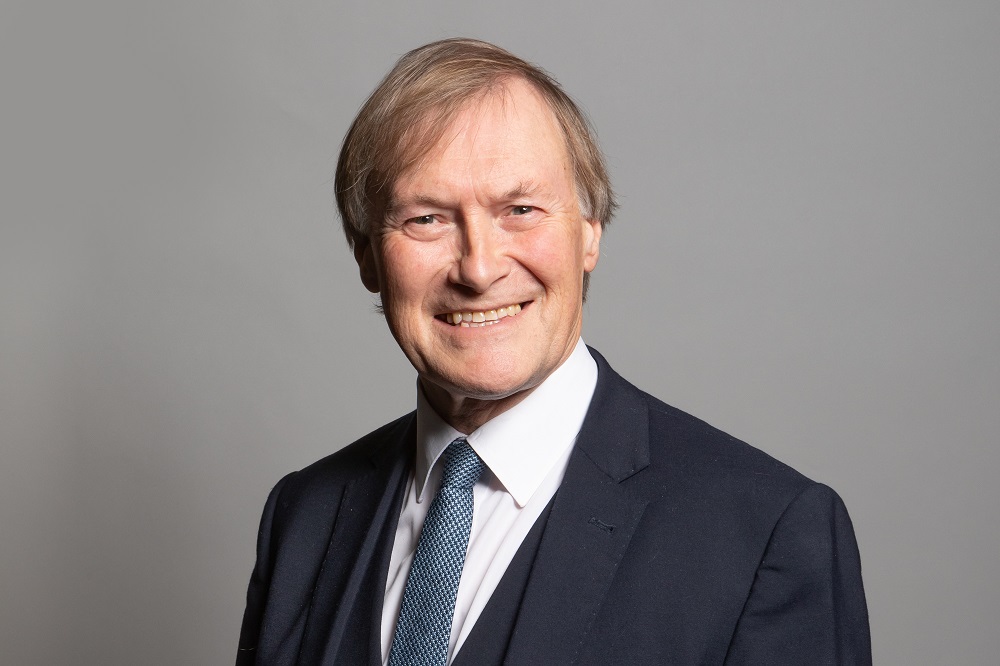 The Conservative MP Sir David Amess has died after being stabbed multiple times.

The Member of Parliament for Southend West was stabbed repeatedly at a constituency surgery, which was being held at Belfairs Methodist Church in Leigh-on-Sea.

Armed officers attended the scene, and Essex police have said that a man has been arrested on suspicion of murder.

They say they have recovered a knife and they are not looking for anyone else in connection with the incident.

Politicians from across the political spectrum have sent messages of condolence in the wake of the incident.

Plaid Cymru’s Westminster leader, Liz Saville Roberts MP reacted to the news saying: “We are saddened and outraged by this horrific act of violence against a dedicated Member of Parliament while working for his constituents in his community. It is deeply shocking that two MPs have now been killed in their constituencies in the last five years.

“Sir David Amess was a true parliamentarian, whose kind words of advice helped many a new member find their feet in Westminster. His contributions in the House were always considered and valuable.

“This is a loss for all of us in Parliament and to public life, but the loss will be particularly painful for his family, friends and colleagues, to whom we send our sincere condolences.”

“My thoughts are with his friends, family, and constituency staff during this distressing time.”

Plaid Cyymru leader Adam Price said: “Shocked and deeply saddened to hear this terrible news. Sir David was one of the kindest, most decent and deeply committed politicians I’ve ever known. It was an honour to call him a friend. My thoughts are with his loved ones during this awful time.”

Welsh Conservative leader Andrew RT Davies said: “Shocked, appalled and devastated to hear Sir David Amess MP has passed away. He served with pride as MP for almost four decades, representing his constituents and our country with loyalty and dedication. My thoughts are with his family at this tragic time. May he rest in peace.”

The Llywydd Elin Jones has requested that all flag on the Senedd estate be lowered to half-mast.

She said: “I’m deeply shocked and saddened by the death of Sir David Amess. Our democratic process depends on our elected members being able to listen and talk to the public we serve.

“It should go without saying that every elected member should be able to carry out this work safely and without fear. As Members we may have different views, but we are always united in our respect for the democratic process and our commitment to serving the public. My thoughts are with his family, friends and colleagues.”

Conservative MS Laura Anne Jones said: “Such tragic news about Sir David Amess. He was an MP for close to 40 years & was respected by colleagues in all parties. My thoughts are with his wife and children at this terribly sad time.”

Welsh Labour MS Rhianon Passmore said: “My thoughts are with the family, loved ones and colleagues of David Amess MP. Truly awful news.”

The Labour MP for Cardiff West, Kevin Brennan said: “Very shocked about the killing of David Amess in the course of just doing his democratic job of trying to help his constituents – words fail me – RIP David”.

Conservative MP Stephen Crabb said: “Love and prayers for the family of Sir David Amess MP this afternoon. Just devastating. Funny, wise, compassionate, and such a good friend to so many of us.”

Rhondda MP Chris Bryant said: “My heart goes out to all the family and friends of Sir David Amess MP, a man of unfailing courtesy, a wicked sense of humour and a resilient determination to serve his constituents. Parliament will be the less without him. Violence may have its shameful day but honour remains.”

Brendan Fox, the husband of the Labour MP, Jo Cox, who was murdered in 2016, said: “Attacking our elected representatives is an attack on democracy itself. There is no excuse, no justification. It is as cowardly as it gets.”

Essex Police were called to reports of a stabbing in Leigh-on-Sea at 12:05pm.

Essex Police said: “A man has been arrested on suspicion murder after a man was stabbed in Leigh-on-Sea.

“We were called to an address in Eastwood Road North shortly after 12.05pm today (Friday 15 October).

“We attended and found a man injured. He was treated by emergency services but, sadly, died at the scene.

“A 25 year-old man was quickly arrested after officers arrived at the scene on suspicion of murder and a knife was recovered.

“He is currently in custody. We are not looking for anyone else in connection with this incident.”

“I saw someone get taken out the building, put into the back of a police car.”

“Apparently he was stabbed quite a few times.

“It’s nothing that you think would happen round this area.”

“To have it next door to where you’re working is obviously very upsetting.

You are seriously advocating attacks on someone simply as they represent a party you don’t support?

It’s speculation, needless and tone-deaf speculation, regarding possible motivation for the attacks but really no worse than those suggesting “tory scum” comments are to blame. I’m very sorry this has happened and thoughts go out to the persons family. I like that UK MP’s can (at least until now) go out without heavy security and only fear getting egged or milkshaked rather than actual physical harm but now with two MP’s killed within 5 years I wonder if there will be movement away from that. In general terms, I’m sure there will be a lot of talk about respect in… Read more »

I refer you to the first words of the opening sentence of my comment. Whether I support that party or not is irrelevant, any party with vile social policies could expect such reactions.

There is nothing in my comment that suggests such assaults are acceptable.

Very sad news. There is never an excuse to physically attack our politicians, even if we disagree with them on issues. Thoughts and prayers to his family and loved ones.

This really isn’t the occasion for politics.

Mrs May campaigned for a hostile environment, those who came after her increased the pressure, as someone earlier wrote on here, we reap what we sow !

If you think, like Ms Patel, that drowning refugees in the English Channel should be legal then that is between you and your God…My heart goes out to the family of this poor man, yet another victim of the way we run this world…