Concerns have been raised by a Cardiff Councillor and Parliamentary candidate over the impact of sewage dumping in light of recent floods in and around Cardiff.

Rodney Berman, Cardiff Councillor for Penylan and Liberal Democrat Parliamentary Candidate for Cardiff Central has stated recent floods have not only caused chaos throughout the city but could also have resulted in sewage being spread over flooded areas, posing a public health risk.

Over recent days various parts of Cardiff and the surrounding districts were impacted by flooding as the River Taff overflowed. Pontcanna Fields, Bute Park and Blackweir Fields were all among the areas impacted.

In Wales, raw sewage has been dumped into Welsh waterways more than 100,000 times in a year. One treatment works at Coed y Cwm in Rhondda Cynon Taf was discharging into the River Taff for 2,959 hours during the year, in what was termed 180 “significant spill” incidents.

The Welsh Liberal Democrats say have been campaigning against sewage dumping, calling on both the UK Conservative Government and Welsh Labour Government to legislate against the practice.

They also say they have called on the Welsh Government to ban bonuses for the bosses of Welsh Water, which officially operates as a non-profit yet awarded themselves awarded over £930,000 in bonuses over the past two years.

Cllr Rodney Berman said: “Flooding in Cardiff and the surrounding areas are becoming more and more frequent despite pledges of action from the Welsh Labour Government.

“It is a startling reminder of the need to take the threat of climate change far more seriously and to speed up programmes to combat climate change.

“Beyond the risk to property and infrastructure however, flooding may pose dangers to public health due to the failure of the Government to tackle the sewage dumping crisis.

“The River Taff is just a number of rivers in Wales to suffer from high levels of sewage dumping and unfortunately this practice tends to increase in periods of wet weather. There is a real risk that increased flooding combined with sewage dumping could pose a human and animal health risk.” 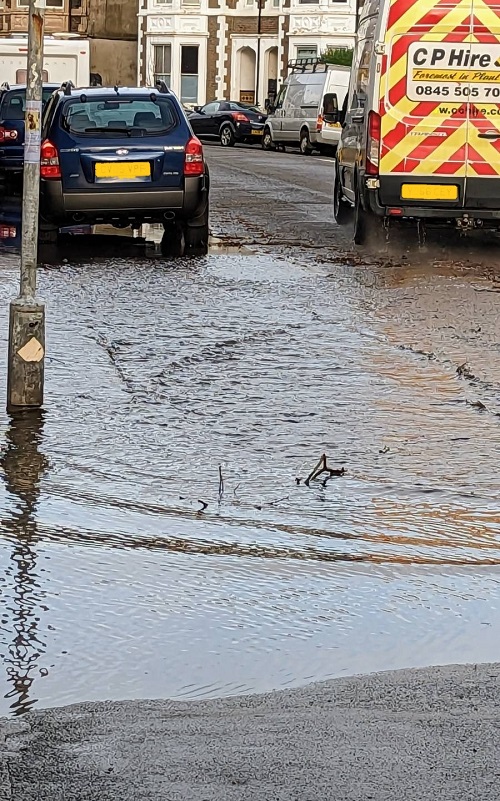 Mr Berman continued: “Having our City experience floods is bad enough, but to potentially have sewage and human waste being dumped on our doorsteps is just not acceptable.

“I want to see the River Taff cleaned up. Both the Welsh Labour Government and UK Conservative Government are failing to protect our rivers and only the Liberal Democrats are standing up for our natural environment.

“We need to see investment in treatment facilities and sewage infrastructure as well as a ban on bonuses for water company executives until this mess is cleared up.”