In LAFC’s player availability report posted this evening it lists Bale as questionable for the El Traffico clash, with his leg listed as the issue.

It could just be a precaution by the player and LAFC given how vital the next four weeks will be in ensuring that Bale is fit for the World Cup, and while he’s not been ruled out completely, it is a worrying development nonetheless.

LAFC will player their crosstown rivals in the MLS Western Conference playoff semi-final in the US in the early hours of the morning in the UK.

The winner will progress to the Conference final, the winner of which will compete in the MLS Cup Final. 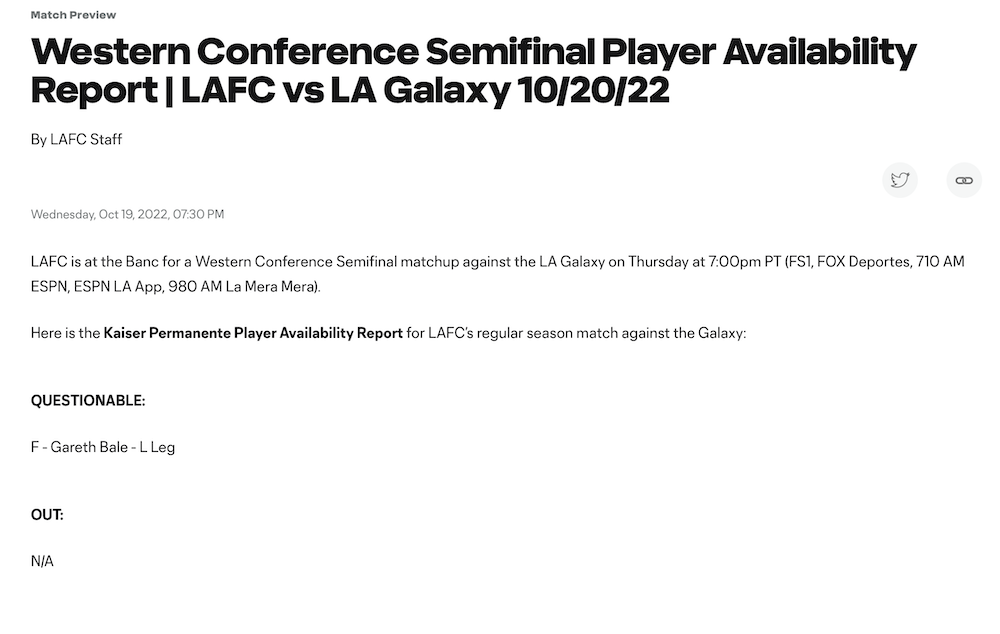