Ein Gwlad unveils raft of policies ahead of official launch 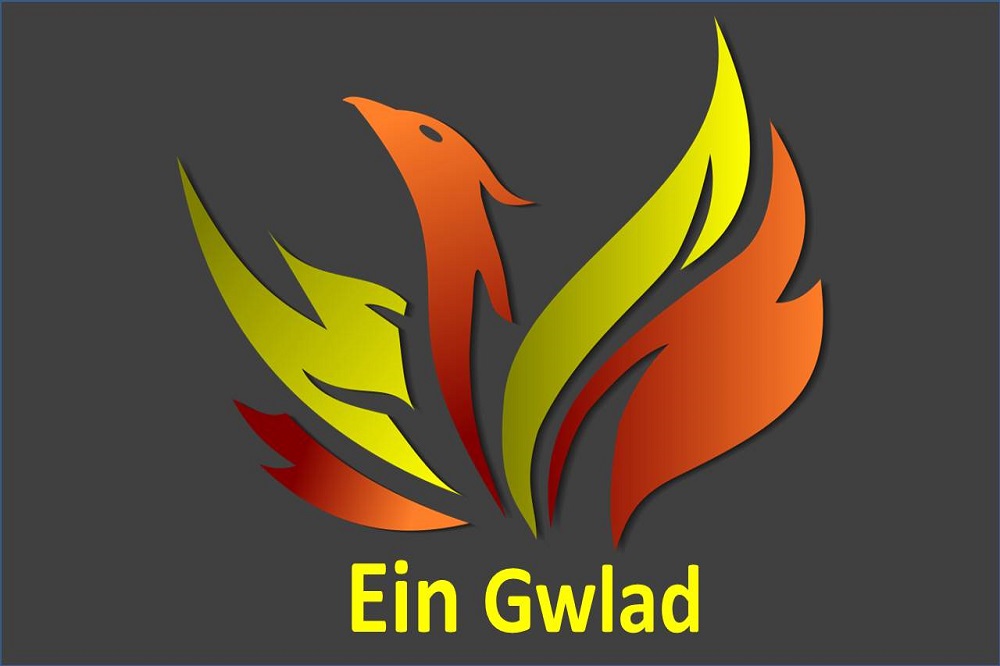 Ein Gwlad is unequivocally committed to achieving a fair and prosperous independent Wales, in the shortest practical timescale.

But an independent Wales will not be worthwhile if we simply continue with the failed policies and economic model that has been imposed on us by consecutive governments in Westminster and Cardiff Bay.

We believe that a radical change in direction is needed – a fundamental shift in the way that we are governed – which will ensure the prosperity of our nation and the wellbeing of our people.

We have previously published our Aims & Values which establish our overall vision for Wales, and we will adopt a range of radical policies from across the political spectrum to meet these goals. But we will not be constrained by whether these policies are seen as traditionally right wing or left wing – only driven by what we believe is in the best interests of Wales – this will make us the first ‘syncretic’ party in Wales or Britain

Ein Gwlad believes that both the private sector and the public sector have a role to play in our economy as appropriate.

We are not in favour of privatisation, but we believe that more private sector involvement in certain areas would be beneficial.

A good recent example is the Wales railway franchise that was awarded to the private company Keolis-Amey. The successful bid included significant job creation including train manufacturing in Newport and relocation of head offices to Wales.

We believe that all publically funded contracts should include a similar provision for sustainable local content to ensure that money spent by the Welsh Government is spent in Wales as far as possible.

We oppose the privatisation of our health services but believe that there is scope to reduce the monolithic structure of the NHS and ensure more services are delivered locally. There may be a case for introducing ‘not-for-profit’ or ‘mutual-aid’ models, similar to the original vision of Aneurin Bevan.

We believe in spreading power and wealth from Cardiff to all parts of Wales in a fair and equitable manner and believe that a new Welsh entrepreneurial spirit can propel our nation forward.

Ein Gwlad believes that the current welfare benefits system traps people in welfare dependency – unable to take up employment for fear of losing their benefits. We believe that this can be drastically improved by replacing the majority of welfare benefits by a Citizens Income (also known as Universal Basic Income).  All registered citizens would be entitled to a fixed income which would replace unemployment benefit, basic state pension etc.  The unemployed can now choose to supplement their basic income by taking up additional work without losing welfare payments – Some people can choose to start-up their own businesses in the knowledge they have a guaranteed income while they get up and running.

Working taxpayers would also receive Citizens Income – but there is no such thing as free money so tax bands and rates would need to be adjusted accordingly to ensure that the system would be broadly cost neutral.  By adopting a flat rate of tax with appropriate allowance and rate, lower and medium earners would be better off, while higher earners would pay slightly more but not excessively so. Citizens Income for taxpayers could be regarded as an advance tax refund.

All other taxes including capital gains, corporation tax, etc should be simplified to remove the overcomplicated system of allowances and tax breaks, and a lower tax regime should be developed to encourage investment. We also believe in developing a ‘Land Value Tax’ to supplement or replace the existing Council Tax system – which will discourage developers from creating land banks which are then not developed – and prioritise brownfield development over greenfield sites.

Together this will result in a large reduction in the cost of administering welfare benefits and of collecting tax, as well as making Wales a fairer society in which to live and work

Ein Gwlad recognises that we cannot achieve independence overnight and we will need to develop policies which can be implemented in the immediate term (pre-independence) and in the longer term (post-independence).

But the future of our nation is too important to be left in the hands of a few in Cardiff Bay, and we believe that the collective wisdom of the Welsh people is better than the selective opinions of a group of politicians. So, we invite everyone across Wales to contribute their ideas and opinions and let’s work together to build a truly new and fully participative Welsh democracy