A future UK Government will make sure that devolution can’t be rolled back, Mark Drakeford has said.

Answering a question by Plaid Cymru leader Adam Price, he said that a report on the constitutional future of the UK by former Prime Minister Gordon Brown had found “practical ways” of ensuring devolution couldn’t be overruled.

Adam Price had said that an unelected Prime Minister in Rishi Sunak had “supremacy” over the wish of the Welsh public who had twice voted for devolution.

But Mark Drakeford said that after the next election “there will be an opportunity I hope for an incoming Labour government to do exactly what Adam Price has said, to entrench devolution”.

“So they cannot be rolled back in the way that we have seen since 2019,” he said.

“I think there are a series of practical ways in which that can be done and when the Gordon Brown report on the future arrangements of the United Kingdom is published, I think we will see a number of those practical ideas.

“I’m not going to rehearse them this afternoon necessarily, but they are there.

“They are there in ways in the guarantee that the things that have been endorsed in referendums by people in Wales can be delivered without the risk that they’re always under pressure being rolled back.”

Adam Price had said that there was an “unanswerable case” for a General Election.

“The doctrine of Westminster supremacy means the new prime minister is free to repeal any act of the Senedd and revoke any power even though he has no mandate to do so sitting up here in Wales.

“Now, the political pendulum may swing at the next election whenever it comes. But how can we stop being in exactly the same position in the years to come? When the pendulum swings back?

“How do you propose an incoming Labour government would entrench our Welsh democracy in a political system where Westminster reigns supreme?” 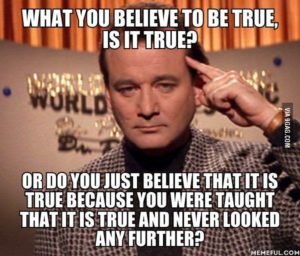 And that it cannot be rolled forward either?

Funny comment to make, considering Starmer is no fan of Devolution.

No Westminster government will empower the devolved nations.

With no written constitution, everything, and that means everything, is at the whim of the sitting gov. Not even the legal system of the UK is safe from change, so how Labour will perform this minor miracle is to be seen.eg Dont like devolution, create the internal market act. Power is invested in the UK parliament to create or abolish any law.

Never mind protecting devolution from being rolled back, a nebulous if worthy concept. How about something specific like UK Labour committing to making St. David’s Day a Bank Holiday?

If Englishman Keith Starmer as Leader of the British Labour Party becomes Prime Minister after the next UK General Election, I can’t but feel that Welsh and Scottish Devolution, already deliberately weakened by the current English-nationalist Brexiteer Tory government, will be sidelined and left in its weakened state by a British Labour government . I have no confidence in a British Labour Party – its priorities dominated, as ever, by English interests and concerns – protecting or advancing Welsh and Scottish Devolution. A coalition government of Labour and Lib Dems, would be a safer bet for Devolution. With the First-Past-The-Post… Read more »

The party that screwed Scotland out of devolution the first time it voted for it in 1979 can be trusted to ensure it can’t be rolled back?
b******s, frankly.
There is only one kind of home rule that can’t be snatched away by westminster, and that’s full independence. That’s our starting point to get to the consensual, sharing union of equally valued nations that Mark Drakeford likes to imagine the union can be.
We don’t get there through any westminster government telling us what powers we’re “allowed” to have.

That could be enough, maybe, to swing vote to them!!

Don’t believe a word Gordon Brown says. Remember the VOW at the time of the Scottish referendum ALL LIES.

As soon as there is a Labour Government in Westminster, our own government will quietly drop any more demands for “constitutional reform”.

This is absolute nonsense! There is no way of guaranteeing that devolution cannot be overruled while one country holds the balance of power!