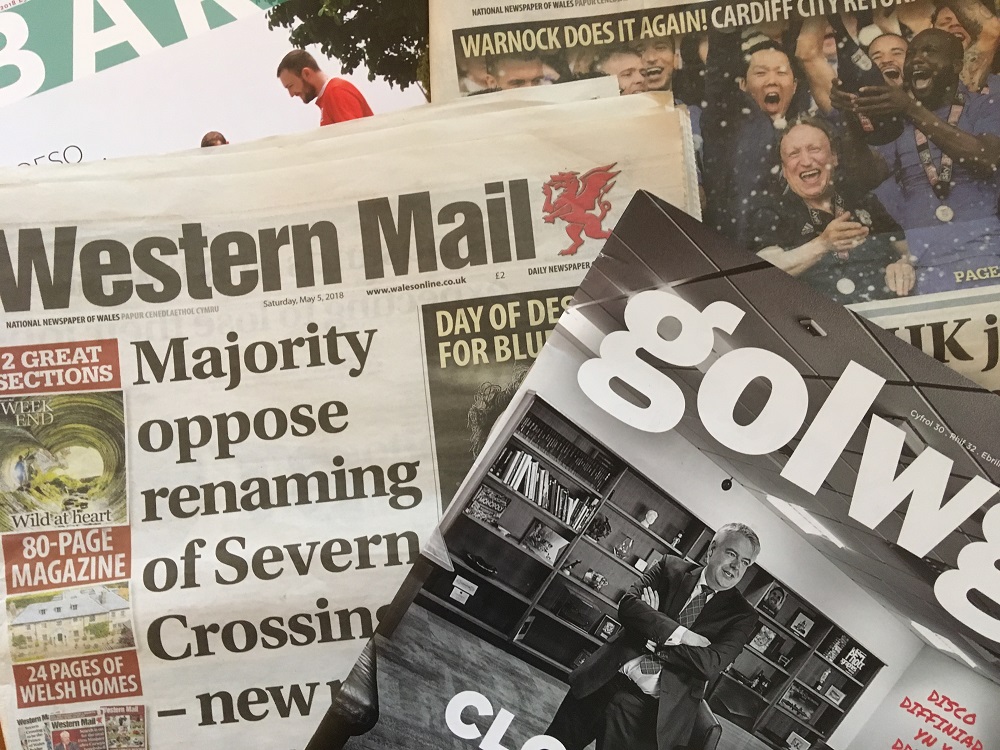 The Welsh Government should provide financial support for the country’s independent news providers, according to a report written by AMs.

It points to the weakness of the commercial news sector in Wales, failing local news providers and a lack of plurality as reasons why the government should step in.

The report, News Journalism in Wales, also recommended that the Welsh Government should support the hyperlocal sector as a way of encouraging new entrants to the market.

Welsh-language website Golwg 360, which is funded by the Welsh Government via the Welsh Books Council, is suggested as a template for English-language services.

“We recommend that the Welsh Government should formally recognise that supporting public interest journalism in Wales is a strategic priority and fundamental to democracy in Wales,” the report said.

The report, chaired by Bethan Sayed, was based on evidence given by journalists, business owners and academics.

It also recommended that the Welsh Books Council explore the creation of an easy to access Welsh-language news hub where non-BBC Welsh language publications can publish their content.

The Welsh Government should also commit to a continued investment in Welsh language journalism at the current level at least, the report said.

“A free press and media has long been the mark of a free society. Without frank and independent journalism the people may not be fully informed of what is done in their name and Governments, and others with power, will not be held to account for their actions,” said Bethan Sayed in the report’s foreword.

“We recognise that there is no simple solution to how best we address this issue in Wales.

“However, we are convinced that this is a profound public policy issue, which policy makers at all levels, not least the Welsh Government, need to address as a priority issue.”