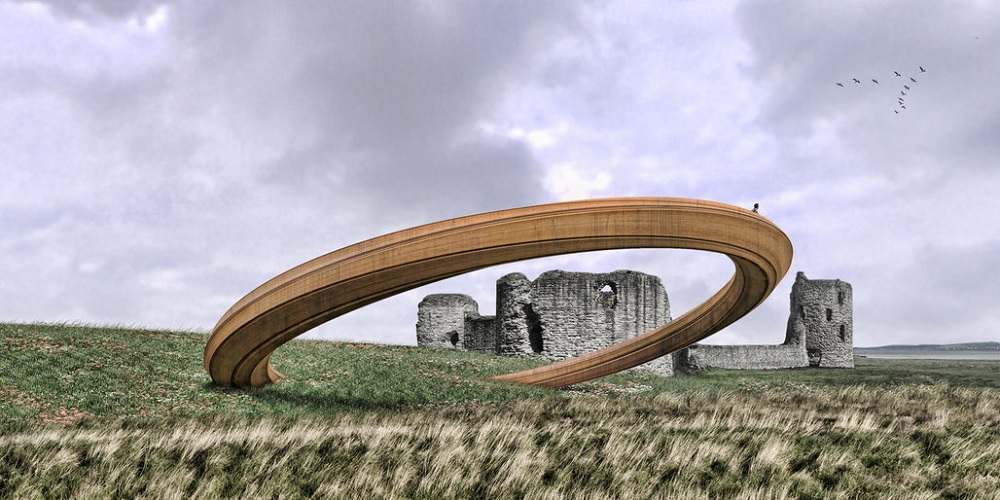 The author of a petition to stop Flint’s ‘Iron Ring’ sculpture has claimed victory after the Welsh Government and Flintshire town and county councils released a joint statement scrapping the plan.

Over 11,000 signed Izzy Evan’s petition calling on the National Assembly for Wales to urge the Welsh Government to rethink their plan to build an Iron Ring outside of Flint Castle.

The planned sculpture, which would have cost almost £400,000, was strongly criticised by campaigners who felt that it was a monument to Edward I’s ‘iron ring’ of castles.

Izzy Evans had penned an article opposing the Iron Ring for Nation.Cymru which was read by over 21,000 people.

“I am extremely happy with today’s decision to scrap the ‘Iron Ring’,” he said. “I can only thank everyone that supported and signed the petition.

“I’ve got to say I was overwhelmed by the support that the petition received.

“It’s a victory for our history. Hopefully, we can go from here and celebrate Welsh history and not revel in the conquest of Wales.”

The statement released today confirmed that the Welsh Welsh Government would not proceed with the ‘Iron Ring’.

“However, work on Flint Castle and the foreshore masterplan will continue, with the pursuit of an alternative major art installation as a potential component of the investment,” it said.

“As part of the review, Welsh Government officials met with Flintshire County Council, Flint Town Council and a number of local groups and partners to discuss the future development of the historic Flint Castle and Flint foreshore.

“Welsh Government made it clear that it was committed to significant investment in Flint Castle and to delivering a masterplan for Flint foreshore and Castle in full consultation with local stakeholders.

“Whilst there was some support for the current proposed sculpture from stakeholders locally, it was recognised that any decisions on major public art installations would need to be taken in conjunction with the wider masterplan work.

“Consequently, it was agreed to stop work on the current sculpture and instead focus on using some of the allocated funding to deliver the masterplan, which sets out a vision for a shared multi-use visitor and mixed use centre to support tourism, walking and cycling, and key local organisations including the RNLI and rugby and football clubs.”

but…. the Welsh legends will now be wrapped up with artwork and links to Shakespeare and Richard II apparently, so great to get rid of the ring, but the determination to create a monument to Anglicisation is not going away.

What is going on in their minds, to want to conjure up another very English plan B?

Great news now that it is actually officially scrapped! Nation.Cymru’s or a guest article “Please, ignore the Flint sculpture petition: We don’t need another bloody dragon” dated 28th August 2017 is worth reading again. Not just for Flint Castle, but for every part of Cymru in preparation of a similar fiasco happening in their neighbourhood. Each community should look at which Welshperson made a difference locally or nationally to them and their country. Then if some Anglo-British politician comes up with another dumb arse idea you’ll be prepared, have the answer and we need not waste time on Anglo-British utter… Read more »