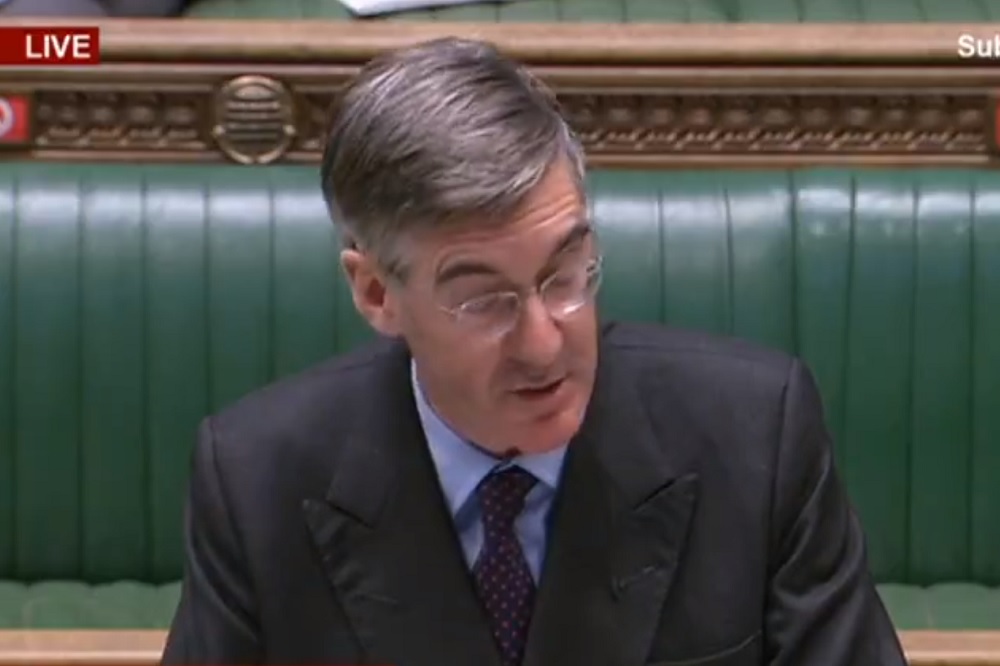 Jacob Rees-Mogg has called Welsh a ‘foreign language’ and compared it to Latin.

His comments were referring to an incident where the Speaker of the House of Commons Lindsay Hoyle, told off Plaid Cymru MP, Liz Saville Roberts, for speaking too much Welsh.

The MP for Dwyfor Meirionnydd was told to “just stop” and that “extending the sentence in Welsh” was against the rules of the chamber.

She explained that she was wishing everyone a happy St Patrick’s Day in Welsh and Irish.

According to Saville Roberts, the episode demonstrates “Westminster’s disdain for minority languages” but added that this was not a “criticism of the Speaker, who only enforces the rules”.

The incident was brought up in the House of Commons by SNP MP Owen Thompson, who asked if time could be arranged “so that we could actually consider how the indigenous languages of these islands could perhaps be more incorporated into the business that we undertake”.

Rees-Mogg, who is the Leader of the House, said whilst “modest quotation in foreign languages is permissible” it was “reasonable” not to allow “full speeches”.

He added that “honourable members might occasionally use Latin quips and that is perfectly allowable”.

The Speaker also defended his actions and said that “starting off in one language, switching to another” gives the Chair a “problem”.

SNP MP Owen Thompson said: “Last week I also welcomed the news that music streaming service Spotify now lists the Scots language as an outlet and I’ve tabled an early day motion, attempted to table in Scots, but obviously the rules of this place didn’t allow that.

“But I do thank the table office for their engagement on that matter and the way in which it was dealt with.

“Yesterday the Member for Dwyfor Meirionnydd attempted to wish everyone a very happy St Patrick’s Day in both Welsh and Irish.

“Understandably that was not allowed, and I wonder if that might be something that the Leader might consider to have some time to arrange so that we could actually consider how the indigenous languages of these islands could perhaps be more incorporated into the business that we undertake, so we can all be best reflected in the way that we represent all of our communities?”

Jacob Rees-Mogg said:  “I share his pleasure that Spotify is recognising the Scots language. In terms of what is orderly in this Chamber, Mr Speaker I would be very diffident about treading on your distinguished toes, expect to remind people, which I don’t think is treading on your toes, that modest quotation in foreign languages is permissible.

“I know some honourable members might occasionally use Latin quips and that is perfectly allowable, and Welsh quips and Scots quotations are allowed, but not full speeches, and I think that is reasonable because we don’t have the facilities for simultaneous translation in this House.

“The cost of them would probably be disproportionate. So I think it is very welcome when people give a joyful message in Scots or in Welsh, or in Irish, but that it would be difficult for the House to have full speeches.”

Jacob Rees Mogg may not be aware, but Welsh is not a “foreign language”. It had been spoken in Britain for hundreds of years before English even existed.

Proof, if ever it were needed, that Etonian eloquence =/= education. pic.twitter.com/zehXffgI52

The Speaker added: “I did feel my toes a little stubbed on, I must admit, I felt the trampling of the Leader. Just to say, a quip is one thing, but starting off in one language, switching to another language, in a question, not knowing when it will end, does give the Chair a problem.

“If the chair had been notified it wouldn’t have been difficult. It’s the fact that we had two languages before we’d heard the whole question was going to continue. So I think there is a difference between a quip and a question being asked.”

In response, the Speaker said: “Can I just say to the honourable lady, let’s just stop. I don’t mind the beginning, but to now start extending the sentence in Welsh does go against the rules of the House.

After Liz Saville Roberts explained what she had said, he added: “Can I say that I have no arguments with it whatsoever, but unfortunately the House make the rules. I’m only here to make sure the rules are kept.”

Following the exchange in the House of Commons yesterday, the Plaid Cymru MP said: “Today I wished the House of Commons a Happy St Patrick’s Day in Cymraeg and Gaeilge – unwittingly committing an act of dissent. Westminster’s disdain for minority languages knows no bounds.

“This is not a criticism of the Speaker, who only enforces the rules. But those rules were specifically designed to exclude the speakers of languages other than English. It’s high time they are amended to reflect the reality of our modern society.

“Even better would be for Wales to follow the example of our Celtic cousins in Ireland and build an independent nation that gives full respect to our native language.”