The letter included a number of errors, including misspelling Cymru and another error in the Welsh language. 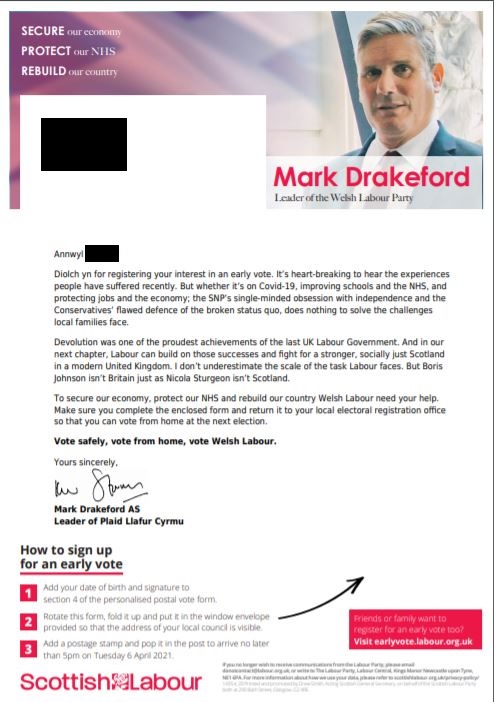 The letter featured Scottish Labour’s logo and the text referred to the SNP rather than Welsh politics, mentioned Nicola Sturgeon and called for “building a socially just Scotland”.

Drakeford was also billed as the ‘Leader of Plaid Llafur Cyrmu’ and text saying ‘Diolch yn fawr’ (thank you) was missing the ‘fawr’.

The PDF letter was sent to those who wanted to sign up for early voting through Labour’s website. Those who entered their details were sent the PDF letter.

At the time of writing, the letter had been removed from the website and those who signed up were only sent instructions on postal voting.