A group of Māori language activists stunned the watching crowds at the Urdd Eisteddfod today with a display of song and dance.

The group performed a Haka, a traditional spoken word and dance performance, that was composed especially for this visit.

It was one stop on a study trip visiting lesser spoken language communities across western Europe.

The group of 40 will visit Scotland, Ireland and the Basque Country as a part of their trip, meeting with several different language groups in those communities.

Timoti Karetu, one of the founders of the Te Panekiretanga o te Reo school and organiser of the visit said the aim of the trip was to share ideas.

“The reason for our being here is to observe other people who, like us, are committed to the survival of their indigenous languages,” he said.

“Welsh language campaigners have long been in the vanguard of the movement of which we are a part.

“It is only right that we should come here to observe and then to put those ideas into action when we return home.

“Perhaps we might have experiences and ideas you would like to adopt as well. It’s important that we as communities of smaller languages share knowledge and learn from each other.” 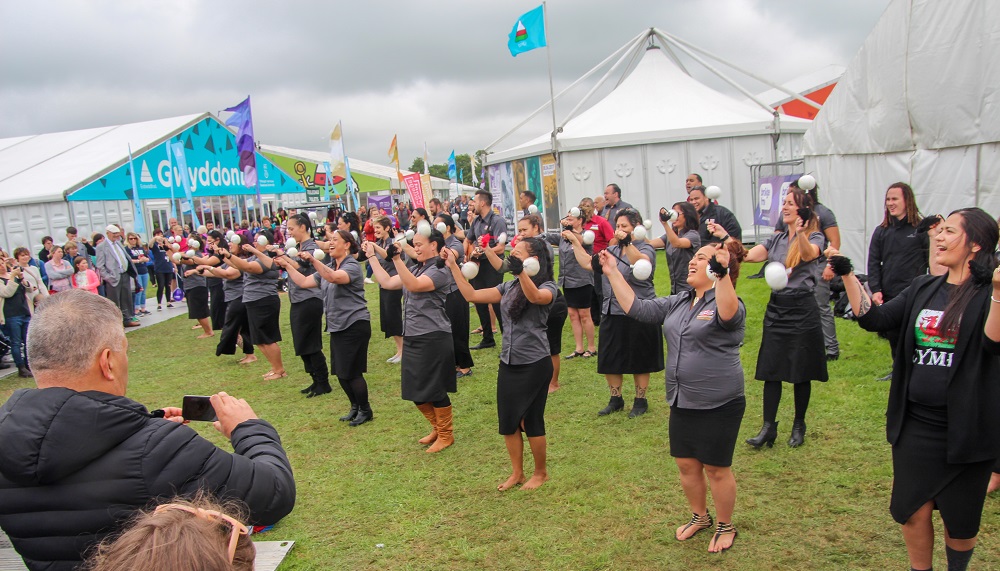 This visit was part of a wider effort by Cymdeithas yr Iaith, the Welsh language society, to collaborate with international language activists.

They said that their hope was to support and share information about good practices in order to contribute towards a healthier future for smaller languages.

“Co-operating and sharing information with international language activists is extremely important to Cymdeithas.

“The constant battle to ensure a sustainable future for the Welsh language is a battle that is common to many language communities around the world.

“Through unity and cooperation with our international friends, it’s possible to learn and also come to a realisation, that we are all battling together.

“We are not alone in the movement to ensure recognition and justice for our languages.

“We cannot rely on others to achieve this goal, but campaign with each other to ensure a prosperous future to the variety of world languages, including the Welsh language.”

I would have loved it to be able to watch a video of this.

Robert – there’s a video in the article (maybe there wasn’t when you first read it).

This article really sums up why we need Nation.Cymru – it is so refreshing to have this kind of coverage about the Urdd, and consideration of the Welsh language, on an English language site. There seems to be an implicit assumption made by other media outlets in Wales, that the Welsh language is only of interest to Welsh speakers.Thanks!

I agree completely. There’s a dearth of English language coverage of the Eisteddfod and similar cultural touchpoints.

Lovely to read this article. As a language soldier myself in Aotearoa it saddens me that we are still fighting the dominance of English here and still suffering the affects of colonisation. But soldier on we must. Thank you for looking after our people over there. Nei rā te mihi maioha ki a koutou.

Great article and the spelling of the Māori words in this are top notch! Thank you!

[…] in keeping a minority language alive: in fact, a group of Maori language students have been visiting Wales while we’ve been here, having already visited Ireland and […]