The first line-up for the Merthyr Rising festival has been announced.

The three day festival which returns after a two year enforced hiatus will features headliners from the world of dance music, punk and Britpop in the shape of Basement Jaxx, Stiff Little Fingers and Ocean Colour Scene.

It will also return with a fresh new format with the aim of aim of encouraging larger crowds, more cultural participation and engagement with the local community.

Previously staged at Penderyn Square in the town centre, the festival – named after the Merthyr Rising of 1831 – will now be held in the picturesque surrounds of Cyfarthfa Castle from June 10-12.

“After a two year break, it was a ‘must’ that we were to organise another festival on the back of five years of success, commitment and sacrifices by so many people,” said organiser Lyn Williams.

“Our aim this year is to focus on the local community coming together and enjoying a festival experience that’s fun. It’s been a tough two years for everybody and it’s important for people to get back watching live music, supporting local talent and bringing back the community spirit and pride that’s been abundant at our other events. 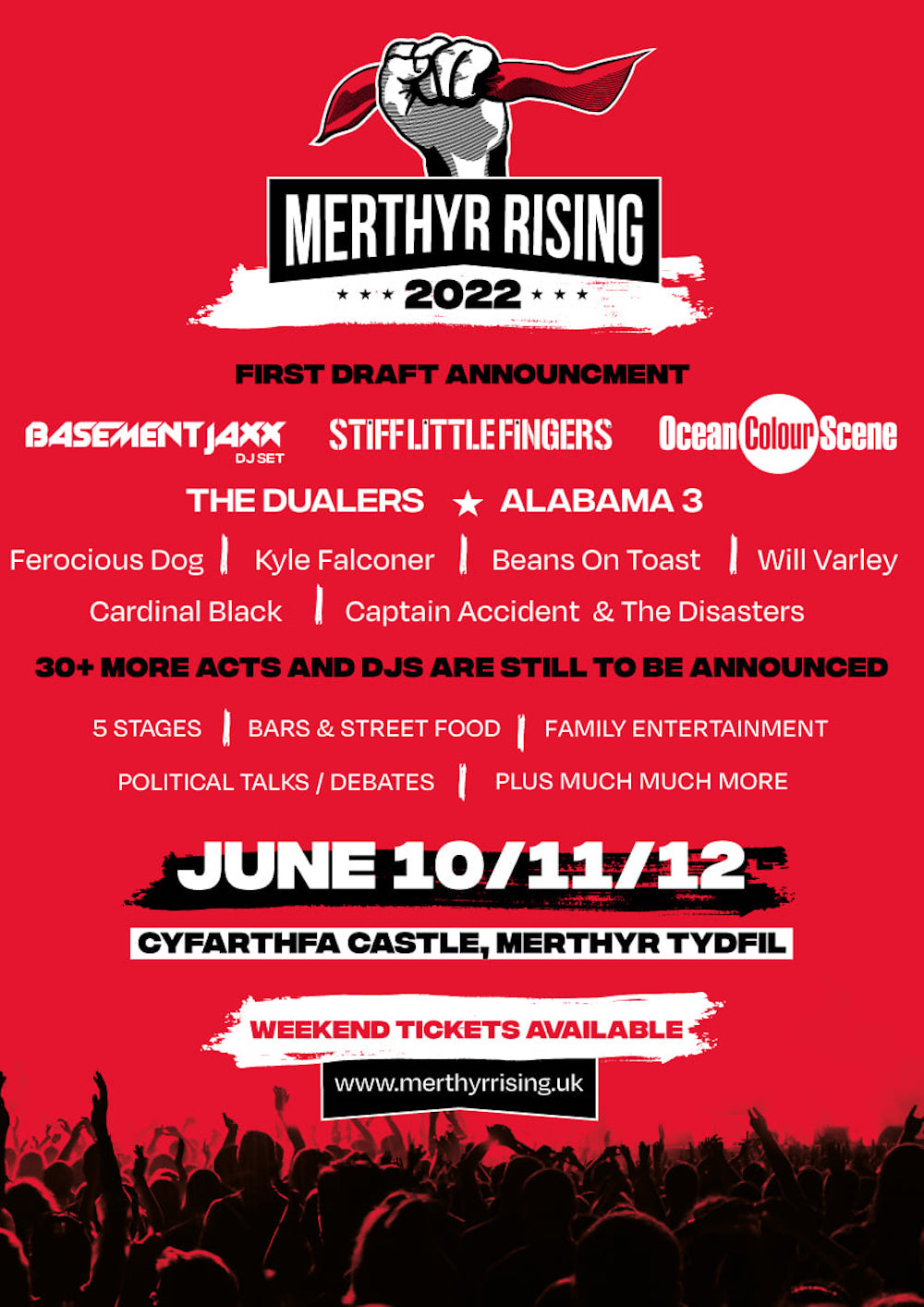 “Due to pressure from authorities we’ve moved the festival to Cyfarthfa Park,” added Lyn. “This decision wasn’t taken lightly but it was something that had to be done to keep the festival going ahead.

“Although Penderyn Square was our traditional home for the festival, Cyfarthfa Park has heaps of potential along with significant heritage. We promise to bring the spirit of the festival from Penderyn Square to the park with its famous atmosphere being at the centre of our plans.

“As much as we want a big party, the political edge of the festival will be important as ever. In 2022 we will be introducing the talking events into the same stages as the music with plans to organise its own dedicated platform taking place before and during the festival.”

The first draft of acts for Merthyr Rising 2022 is now live, with 30+ acts still to be announced.

The event has previously seen performances from the likes of The Farm, The Alarm, Stereo MCs, The Sugarhill Gang, Black Grape, and Cast.

Basement Jaxx are a proper festival band. If they put on a full show don’t miss it.