Kwasi Kwarteng said the plan to build new power plants as part of a new energy strategy may have a “small effect” on bills.

But he told the BBC “nuclear is back on the table” because the Government considers it a sustainable energy source, adding that it would provide cheaper power eventually.

The energy strategy was published in April as Western countries wrestled with high energy prices, reliance on Russian oil and gas and wider calls to end the fossil-fuel era to tackle climate change.

A fleet of new nuclear power plants is at the heart of the strategy, with the Prime Minister suggesting a new reactor will be built every year, in a social media video to promote the plan.

As part of an aim to make 95% of electricity low carbon by 2030, the strategy has a goal to produce up to 50GW of offshore wind energy by 2030, which officials said would be more than enough to power every home in the UK.

The strategy also includes an aim to double the goal of 10GW of low-carbon hydrogen production by 2030, with at least half from “green” hydrogen, produced from renewable electricity rather than natural gas.

A multimillion-pound package was later announced to help support the “bold plans” of the Government’s strategy.

Mr Kwarteng said the £375 million investment will “unlock the enormous potential” of hydrogen and nuclear power.

Boris Johnson has sought to defend the new energy strategy in the face of criticism it does nothing to help people with soaring bills now.

He has said the strategy – which sets out aims to boost new nuclear power, offshore wind and hydrogen – is a long-term plan focusing on energy supply, “undoing the mistakes of the past and taking the big decisions now”.

He said the Government was “already doing a huge amount to help people with the immediate cost of living and of course we are going to do more”.

Last month Anglesey was confirmed as the favoured location for a new nuclear power plant among UK Government ministers.

Two American companies, Westinghouse and Bechtel, were revealed to be involved in developing the scheme, which could see two reactors constructed on the site of the decommissioned Wylfa Newydd site, but despite talks involving Welsh Secretary Simon Hart taking place during a recent trip to America, no agreement has yet been confirmed.

The new power plant would be backed by the UK Government’s Future Nuclear Enabling Fund and have two nuclear reactors that could increase the UK’s energy capacity by 2.3 gigawatts.

Another Welsh site, Trawsfynydd, has also been identified as a potential location for one of the small modular reactors being developed by Rolls Royce but construction there is not expected to get under way for several years.

Because nuclear is so risky, the westminster clique has a long-standing plan to impose the upfront costs onto the consumer using a device they call Regulated Assets Base. The huge long term costs of decommissioning and rad waste storage likewise will be loaded onto the public. These insane policies are driven by their desire for nuclear weapons. 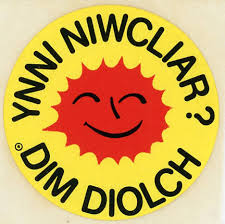 The new strategy also says that no decisions will be made until next year. All the latest publicity is just a bit of a smoke screen

The last two attempts at Wylfa failed. With the global market the state it is currently in, I don’t see this one succeeding either. Perhaps there is a call for small modular reactors but I don’t see Wylfa being re-commissioned anytime soon.