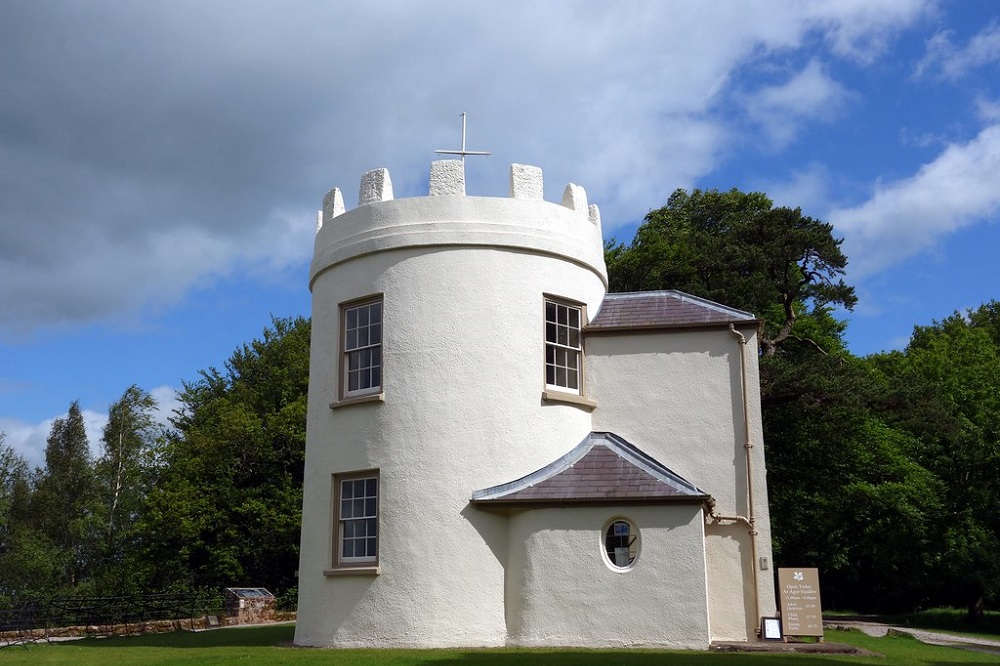 The former home of the custodians of Monmouth’s Kymin Round House could be converted into holiday let accommodation under plans lodged with Monmouthshire council.

Martin Kerrigan and Sara Szwer were forced to leave their home of 17 years in January last year, following cuts by the National Trust which resulted in Mrs Szwer’s role as a manager being made redundant.

While the pleasure grounds and the Naval Temple are open, the Round House has remained closed since early 2020.

Now plans have been lodged by the National Trust, which owns the site, to upgrade the building so that it can be rented for use by short-stay holidaymakers.

The proposals include enlarging a first floor toilet into a small room next to it to provide a new shower, refurbishing the ground floor kitchenette and installing new electric heating.

A heritage statement says the upgrades will make the building suitable for use by holidaymakers, helping to keep it in sustainable use and provide an income for the Trust to maintain the site.

“The Trust’s main objective at The Kymin Roundhouse has been to seek to open the building to holidaymakers wishing to experience such a heritage building through a short stay,” the statement says.

“Such a use is encouraged by the local authority’s adopted development plan and is in keeping with the current largely residential nature of the building.”

The site attracts around 65,000 visitors each year and is home to the Naval Temple, which built in 1801, is believed to be the only monument to an entire navy anywhere in the world.

Admiral Horatio Nelson also visited the site in 1802 and dined at the Round House.

A heritage statement says the Trust identified in 2020 it was “financially unsustainable” to continue to employ an onsite caretaker or warden at The Kymin.

But two new part-time jobs will be created as part of the plans for holiday let accommodation, according to the planning application.

Monmouth town councillors have backed the plans, saying the proposals would protect the future of the building and prevent it from falling prey to vandalism.

The plans will be assessed by Monmouthshire County Council in the coming months.

Part of the rent was at one time the duty to keep the grounds litter picked and the grass mown. I have no idea what it is like now but it used to be as neat as a new pin up there.
Autumn view from the Kymin – 1 © Trevor Rickard cc-by-sa/2.0 :: Geograph Britain and Ireland

I don’t know that I have an issue with this being a holiday let, since it was a perk for a job now made obsolete.
I’m more concerned that the English National Front (sorry, Trust – but if you have ever read their message boards you’ll know it’s an easy mistake to make) has control over heritage sites in Cymru. They should be under the auspices of CADW

The National Truss is just another of those creepy bodies that extends the reach of the colonialist supremacist mindset – motto is something along lines of ” We are best placed to know what’s good for you, so there”

There are certainly a number of cases in Cornwall, where there are cottages owned by the National Trust, which they came to own when they acquired various estates, that were once upon a time rented to local people, that are now holiday lets.
They might say they are preserving things “for ever, for everyone” but primarily they are a money-making organisation.