The testing units will be situated in Hightown and on the Caia Park estate and open from Wednesday.

Over 40% of new cases in Wales in the last week were in Wrexham and Flintshire.

The increase in cases is believed to be linked to the outbreak at the Rowan Foods plant and Wrexham Maelor Hospital. Over 300 cases of Covid-19 have been confirmed at the plant in the last month.

Deeside, Mold and Chirk hospitals also currently have cases of the virus on their wards.

Plaid Cymru north Wales MS Llyr Gruffydd has called for all patient’s and NHS staff to be tested to limit further transmission.

“Coupled with the rising number of cases in the community in Wrexham, it paints a worrying picture of an infection that isn’t under control in this part of Wales,” Mr Gruffydd said.

I have written requesting further urgent clarification from Betsi Cadwaladr on whether they understand why this is a growing problem in the region.”

Wales’ chief medical officer Frank Atherton told BBC Wales: “We think that the community transmission is related to those two things: The hospital and the meat packing place.”

“We have got two outbreak teams working closely together to make sure we have all the measures in place to contain it.”

Betsi Cadwaladr University Health Board has advised the public not to visit the Wrexham Maelor Hospital A&E unit unless “necessary”.

Public Health Wales has reported no further deaths from coronavirus for the second day in a row.  The number of deaths since the start of the outbreak remains at 1,549.

A further 21 new cases of Covid-19 were reported by PHW. Since the start of the pandemic 17,191 people have now tested positive for the virus in Wales. There were 5,009 tests carried out on Monday.

Plaid Cymru has warned the Welsh arts scene will “simply disappear overnight” if the government does not provide financial support imminently.

The sector in Wales has suffered huge losses after being forced to close following the start of the coronavirus pandemic in March.

In June Nick Capaldi from the Arts Council of Wales told the Senedd’s culture committee the council’s portfolio was losing £1.4 million a week.

Two weeks ago, First Minister Mark Drakeford said he was “very close” to making an announcement on the ‘first tranche of funding’ from the £59 million support package that was announced by the UK Government on July 5.

Plaid Cymru Shadow Minister for Culture, Sian Gwenllian MS said the delay was unacceptable and that clarity was essential for the sector which was now “on its knees”.

Ms Gwenllian said the 60,000 people employed by the industry in Wales now had their livelihoods at stake.

“Plaid’s calls for clarity from the Deputy Culture Minister have been ignored, and this further delay indicates one of two things – serious incompetence from Government or an unwillingness to fully support the arts sector in Wales,” Ms Gwenllian said.

“The arts and creative sector are an important part of the Welsh economy, employing nearly 60,000 people, and it can play an important part in the well-being solution in helping us get through the pressures of lock-down. But if the financial support doesn’t materialise very soon, parts of Wales’ once thriving industry will simply disappear overnight, and it may take years to recover. Welsh Government would be wise to heed this warning.” 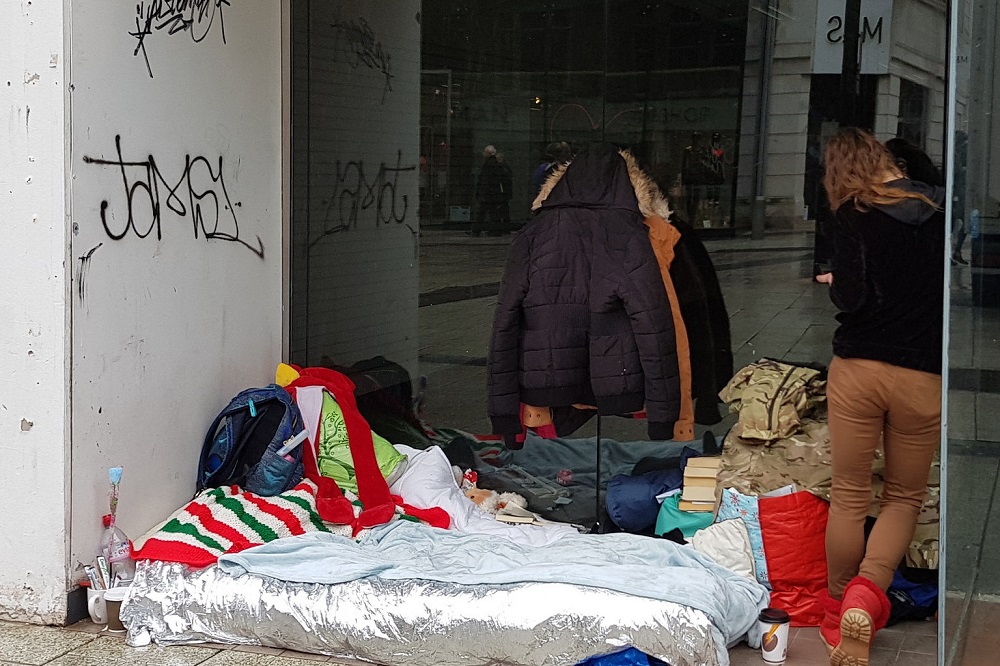 The makeshift bed of a homeless person in Cardiff. Picture by Ben Salter (CC BY 2.0)

£40 million of extra funding announced to address homelessness in Wales

Julie James MS, Minister for Housing and Local Government, has announced additional funding of up to £40 million to help reduce homelessness in Wales.

The money is to enable local authorities to rehouse everyone who has been provided with emergency shelter during the coronavirus pandemic.

In May, every local authority in Wales was invited to submit applications for the 2nd stage of the government’s strategy for helping homeless people into accommodation.

All twenty-two local authorities submitted applications covering over 230 individual projects and schemes, with a significant oversubscription to the original £10.5m funding pot.

Phase 2 of the plan focusses on innovative projects, building, and remodelling to transform the accommodation on offer across Wales.

Welsh Conservative Shadow Minister for Education, Suzy Davies MS, has welcomed a new report that shows an increase in the number of people applying to train as teachers but has called for the government to create new routes into the profession.

Figures released by the Universities and Colleges Admissions Service (UCAS) show 2,350 applications had been made for teacher training courses in Wales, an increase of 6.8% from the same period last year.

The UCAS figures also show the number of applications for training to become secondary school teachers have increased by 19% this year.

Welsh Government targets for recruiting trainee teachers have been missed every year between 2014 and 2018 and a report from the National Foundation for Educational Research notes that 6.5% of secondary school teaching posts in Wales were vacant in 2018-2019, up from 5.2% in 2010-2011.

“One of the Welsh Labour-led Government’s biggest priorities needs to be both attracting as well as retaining teachers,” the shadow minister said.

“That means creating new routes to teaching, such as through degree apprenticeships. It means more straightforward accreditation for qualified teachers from outside Wales. It means more money and more control for school leaders so that they can afford to train and retain professional staff.”