The leader of Conwy Council has written to First Minister Mark Drakeford to express his disappointment at the announcement of new restrictions on the entertainment and hospitality sectors in Wales.

In his letter the Conservative councillor wrote: “There is not any significant concern with this sector as any spread of the virus we are currently seeing is through household transmission.”

“I’m very disappointed to hear today that you’re not looking to take into account any regional variance of the risk of the virus with restrictions you are considering in the lead up to Christmas.”

Announcing the new constraints at yesterday’s press briefing the first minister ruled out the introduction of localised restrictions.

“The advice we have is that a single set of arrangements for Wales works best, is easiest to communicate, and delivers benefits in all parts of Wales,” he said.

Mr Drakeford added there was a “pretty similar” pattern of coronavirus spread across the country and 21 of 22 Welsh councils were “seeing rises in the incidence rate amongst the under-25 year olds”.

He warned that the pattern throughout the pandemic was that the virus “starts amongst young people then it moves in to older and more vulnerable age groups”.

“So, even where incidents are currently lower than some parts of Wales it is important to protect those populations,” he concluded.

Today’s figures from Public Health Wales have confirmed another 29 deaths due to coronavirus and 1,445 new cases of the virus in the last 24 hours.

The highest number of new positive tests since yesterday was in Rhondda Cynon Taf (204) followed by Cardiff (174) and Swansea (134).

Over the last seven days there have been over 6,300 new Covid infections across Wales.

The Senedd’s petitions committee has decided to double the current debate threshold to 10,0000 signatures from next week.

Currently petitions that attract over 5,000 signatures are debated in the Senedd Siambr.

A committee spokeswoman said the move was due to an “unprecedented increase in the number of petitions” and a reduction in Senedd debating time during the coronavirus pandemic.

“The coronavirus pandemic – as well as a new Senedd petitions website – has resulted in an unprecedented increase in the number of petitions received, including those with more than 5,000 signatures,” she said.

“However, debating time available during plenary is scarce, especially during the current coronavirus pandemic when urgent business is prioritised.

“This makes it difficult for the committee to fulfil the demand for debates and it has therefore decided to increase the threshold above which it will consider referring petitions for a debate to 10,000 signatures for all petitions closing after 1 December 2020.”

Recent Senedd debates triggered by petitions include calls for black history to be taught in schools and opposition to plans to dump mud dredged from a nuclear power site in Somerset in the sea off Cardiff Bay.

A petition last month calling for the reversal of rules banning shops selling non-essential items during the firebreak lockdown attracted close to 68,000 signatures.

Welsh Conservative Shadow Minister for Minister for Economy, Business, and Infrastructure, Russel George MS, says a relief road must be at the heart of any future plans to tackle M4 congestion.

Earlier this week a commission tasked at looking at ways of solving congestion on the motorway, without building a new relief road around Newport, called for greater investment in public transport, including  improving rail provision between Cardiff, Newport and Bristol and building six new railway stations between Cardiff and the River Severn.

The rail backbone would be supported by new rapid bus and cycle corridors across the region, especially within Newport, the report said.

Mr George said he welcomed the commission’s report but criticised its focus on rail travel and claimed the service currently offered by Transport for Wales is not “fit for the 21st century”.

“Let’s be clear: Welsh Conservatives are firm believers in tackling the problem of congestion on the M4 into and out of South Wales through a variety of means, and as the party that believes fundamentally in the ‘greening’ of industry and transport, we see much to recommend in the report – if measures are introduced alongside the much-needed M4 relief road,” he said.

“The emphasis in the report on rail transport is laudable, but since Transport for Wales, which is a company owned by the Welsh Labour-led Government took responsibility for rail services, we have seen issue after issue, and a poorer service for rail commuters. it’s a clear case of putting the cart before the horse, because we do not yet have a rail service fit for the 21st century.”

“We’re certain, as are businesspeople and commuters, that an M4 relief road must be at the heart of any multi-stream plan to create a transport system fit not just for the rest of this decade, but long into the future,” he added.

The government has launched a new programme that aims to improve the management of peatlands in Wales.

Peat is made up of organic carbon which has been trapped in the earth for thousands of years, and it plays a crucial role in naturally trapping and storing carbon.

Peat can only lock down carbon when it is actively growing, and that growth can only take place in healthy habitats – whilst damaged peatlands will release carbon dioxide back into the atmosphere, making proper management even more important.

Sir David Henshaw, National Resources Wales Chairman said: “The importance of managing peatlands in a sustainable way can’t be over-stated. In good condition, they store vast amounts of carbon and harbour a wealth of rare plants and wildlife.

“Peatlands also help store water which can reduce the risk of flooding in lower lying areas. They help purify our water supplies and contribute to food production through grazing.

“Some excellent peatland conservation work has been done in recent years. But there is still a huge amount to do. And there is urgency; we know that climate change – with the prediction of drier summers and wetter winters – will make restoring our most heavily modified peatlands more challenging with time.

“This programme provides the structure and funding for us to increase the scale and pace of peatland restoration, in partnership with landowners and other conservation organisations. Acting now is a real investment in our future wellbeing.” 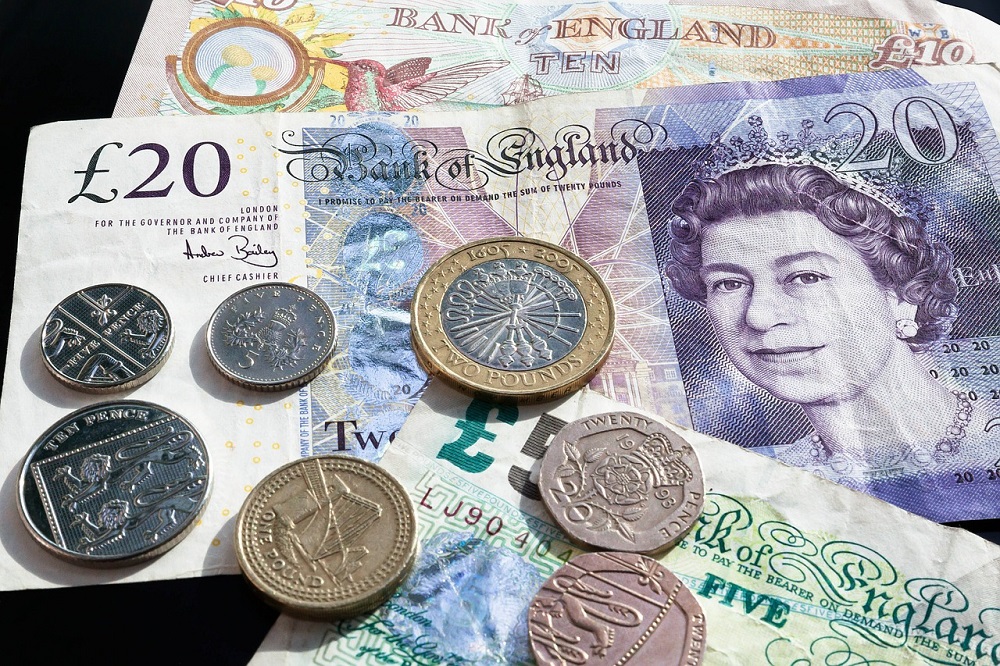 Local councils across Wales are set to receive an additional £2.6m to help them meet the increasing demand for the Welsh Government’s Council Tax Reduction Scheme.

The scheme which currently supports close to 300,000 people, helps those on a low income, students and disabled people with their council tax bills.

This additional funding will compensate local authorities by replacing the reduced income they’ve experienced due to the increase in the number of households entitled to CTRS since the coronavirus lockdown began.

This additional funding takes the total amount of COVID-19 support for the scheme to nearly £5.5m.

Finance Minister Rebecca Evans said: “I would encourage anyone who thinks they may be eligible for help with their council tax bills to contact their council for advice.”

The government made an extra £2.8 million of funding available to support the scheme in September. 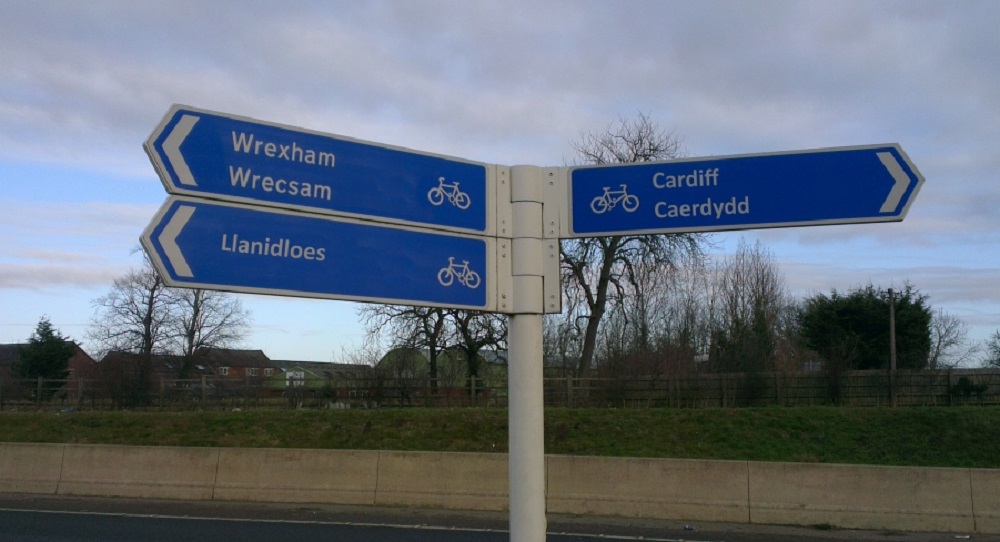 An interactive map to gather opinions from communities about local walking and cycling paths has been launched as part of the government’s drive to promote active travel across Wales.

The website invites people to let their local councils know where they’d like to see improvements to walking and cycling paths. This could be because routes are interrupted, feel unsafe or even don’t exist where they are needed. Each area will have its own Commonplace website which members of the public can access via a national page and people are encouraged to share with their friends, families and colleagues so that as many people as possible have their say.

Deputy Minister for Economy and Transport Lee Waters said: “We want to tackle the many barriers that people face when considering whether to make their everyday journeys by walking and cycling. We have greatly stepped up investment in walking and cycling improvements over the last few years to ensure we have high quality infrastructure and will continue to do so. But this investment will only lead to people choosing to travel differently if it really meets their needs.”

“We want to capture people’s local knowledge while it is still fresh in their minds. Where did their active travel journeys became difficult? Were there areas where they felt unsafe? Are there any places where they couldn’t continue their journeys? Are there journeys they’d like to walk and cycle but don’t feel safe doing so?”

Seven local authorities are using the Commonplace website this autumn with others to follow over the next few months.