News in brief: Covid deaths in Wales decline for the third consecutive week

Latest figures from the Office for National Statistics have confirmed deaths due to Covid-19 are continuing to decline in Wales, sparking the prospect of a significant lifting of lockdown restrictions next month if they continue to drop.

According to the ONS, the number of weekly deaths has fallen for a third successive week.

However, deaths from all causes were 143 (18.8%) higher than the five-year average for the week.

The total number of deaths in Wales due to coronavirus has risen to 7,089, 19% of all deaths since March last year when the pandemic started.

The result of the latest lockdown review will be announced by First Minister Mark Drakeford on Friday, but the government says only minor changes to restrictions are being considered.

Health Minister Vaughan Gething has refused to be drawn on speculation about the outcome of the review but said: “We are looking to see if there are other small things we can do.

“There will be no widescale opening-up and lots of mixing between different households.”

“As we go forward though, our declining death numbers that we’re starting to see in Wales, we will just see them remain at those low levels and that will give us more room to make more choices in the future with the confidence that most of our most vulnerable citizens have had some protection from the vaccine.”

In a separate study, the ONS is reporting a rise in the number of people with antibodies for the virus that causes Covid-19, indicating they have either been infected with the disease or had a vaccine.

Over the 28 days up to 1 February an estimated 1 in 7 people in Wales tested positive for antibodies against SARS-CoV-2 in a blood test.

The highest percentages of people testing positive for antibodies were those aged 80 years and over in England, those aged 16 to 24 years in Wales and Scotland, and those aged 25 to 34 years in Northern Ireland.

A further eight people have died with Covid-19 and there have been 275 new positive tests for the virus, according to the latest figures from Public Health Wales.

A total of 5,145 people have died of Covid since the start of the pandemic, according to PHW.

Of the newly reported deaths, three were in Cwm Taf Morgannwg health board area, Aneurin Bevan and Betsi Cadwaladr both recorded two and there was one further death in Powys.

The overall positive test percentage across Wales is 8.2 with 19 of the 22 remaining local authorities recording under 10%.

Just over 11,000 people received their first dose of a Covid vaccine yesterday, taking the total number since the start of the rollout to 795,927.

Dr Giri Shankar, Incident Director for the Covid-19 outbreak response at Public Health Wales, said: “Vaccinating the adult population of Wales, to protect people from severe disease, continues at a pace but is a significant task and the vaccine will take time to reach everyone.

“The effects of the vaccines may not be seen nationally for some time and everyone – including those who have been vaccinated – must continue to follow the advice on keeping Wales safe.

“Although the data currently shows that on an all-Wales level the numbers of cases are reducing and that the incidence is now below 95 cases per 100,000 population, the rates in some areas – particularly in North Wales – are still at nearly double that, and there have been small increases in others.

“It is encouraging to see that the numbers of people being treated for Coronavirus in our hospitals is reducing, but there are still a large number of people who are extremely ill, which means that the pressure on services is still very high.” 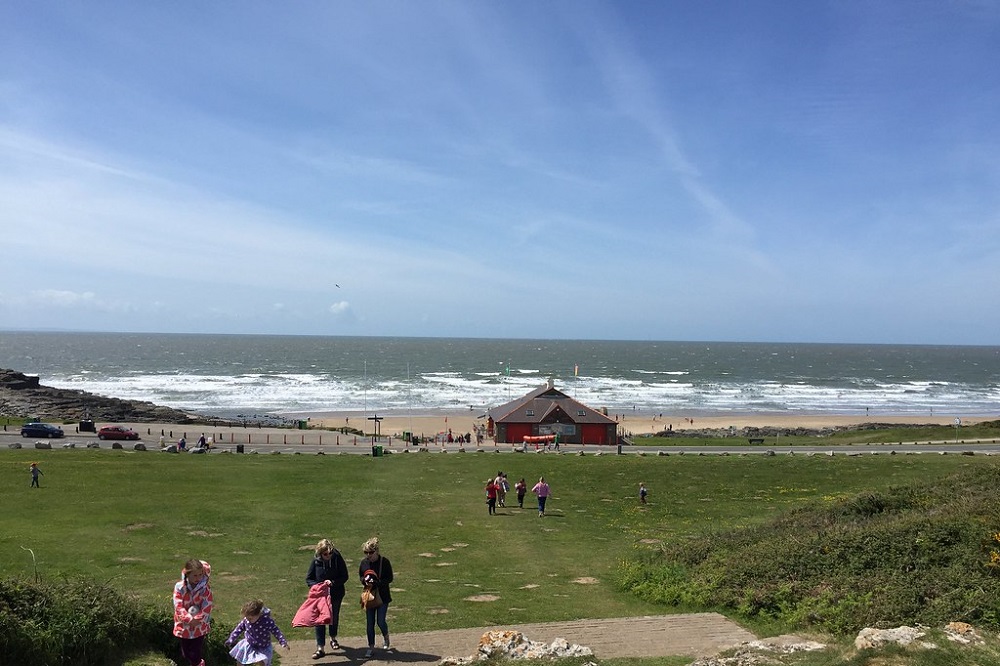 Welsh Government Ministers have announced over £21.5m to help councils across the country fix flood damage to roads, bridges and boardwalks.

Porthcawl’s Rest Bay Boardwalk and Pontypridd’s Berw Bridge are amongst the projects which will benefit from the investment.

Lesley Griffiths, Minister for Environment, Energy and Rural Affairs, said: “Last year’s floods caused devastation to families, households and businesses across Wales – as such, I am very pleased to see this additional funding announced.

“Following the flooding seen last year, we provided more than £5m to allow for immediate repairs to flood defences. This funding will further enhance continued work with our risk management authorities to protect communities from increased risk of flooding.”

Haverfordwest Castle’s future is in the spotlight as a public consultation is launched on a conservation management plan highlighting its importance to the council’s aim of town regeneration.

A draft conservation management plan has been prepared and is critical in “developing the site as a community asset and tourist attraction” a report to cabinet on Monday (February 15) states.

Cabinet member for economic development Cllr Paul Miller said the plan was an “enabler” for some of the week the council wants to do in connecting the site more closely with the town centre and its regeneration plans.

The document assists in planning maintenance, conservation and repair works as well as how to adapt the site to meet new uses and improving public access.

It focusses primarily on the Castle site – including the former County Gaol, Governor’s House and Castle walls –  as well as the burgage plots to the south

An action plan set out in the draft report is “intended to promote the conservation and enhancement of the unique qualities of Haverfordwest Castle, and to provide a practical framework within which the site can thrive,” it says.

Cabinet approved the launching of a public consultation, due in mid to late February.