News in brief: First Minister warns of ‘unmistakable rise in coronavirus once again’

First Minister Mark Drakeford said Wales is experiencing an “unmistakable rise in coronavirus once again” following the reduction in cases from the 17-day firebreak lockdown in October and November.

Speaking at Friday’s government press briefing he warned the coronavirus pandemic remains “very serious” and revealed that almost two-thirds of local authorities across the country are reporting infection rates of 150 and over for every 100,000 people.

Blaenau Gwent currently has the worst infection rate in Wales of 502.4 per 100,000 people, amongst the highest in the UK.

“Every day we are seeing more and more people admitted to hospital with coronavirus symptoms,” the First Minister said.

“In the last week we have seen a record number of coronavirus-related patients, and these numbers are increasing.

“Many of these patients will be in hospital for three weeks or longer.

“The epidemic is putting our health service under a significant and sustained pressure.”

Despite the announcement earlier today that the Cov-19 vaccinations programme will start to be rolled out across Wales from next Tuesday, Mr Drakeford said the government will take a “precautionary approach” to lifting Covid-19 restrictions until “we have a sufficient number of people vaccinated”.

“Even with the vaccines that are coming our way fastest, you have to have two doses of them three weeks apart, and they are not effective until after the second dose,” he added.

“So even those people who will be vaccinated in Wales in December will not see the benefit of that vaccine until into the New Year.”

A further 33 people in Wales have died with coronavirus and 1,471 people have tested positive for the virus, according to the latest figures from Public Health Wales.

Ten of the latest deaths were reported in the Aneurin Bevan health board area, eight in Cwm Taf Morgannwg and seven in Swansea Bay.

The weekly infection rate is continuing to go up in Blaenau Gwent, with PHW reporting a jump from 468.1 to 502.4 cases per 100,000 people since yesterday.

Only six of the 22 local authorities across have infection rates below 150 per 100,000 people.

Neath Port Talbot continues to have the highest positive test proportion in Wales, up from 22.2% to 23.7% per 100,000 tests since Thursday’s report. 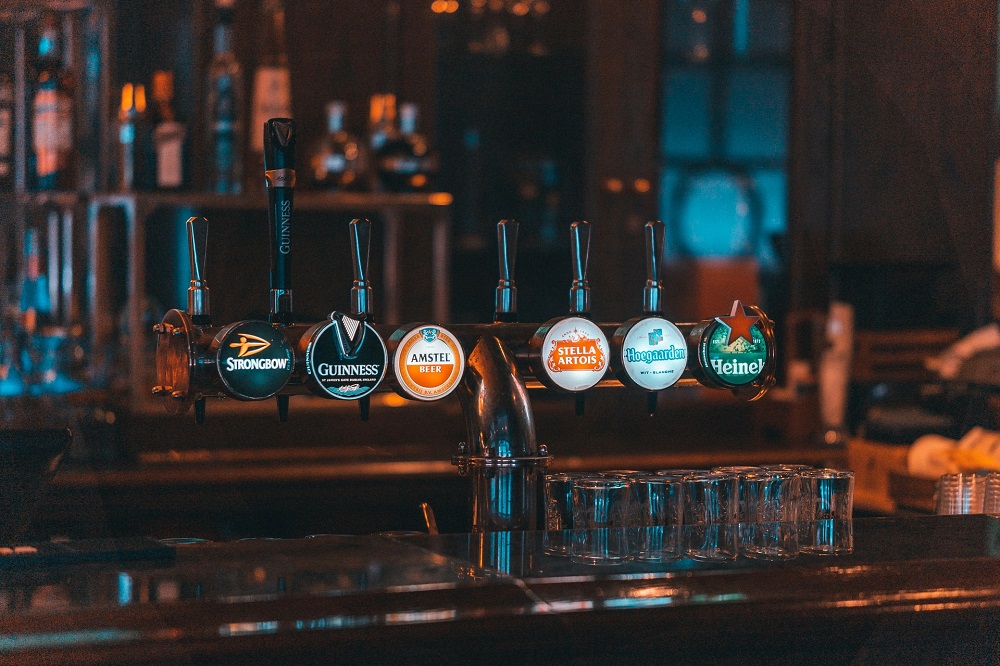 Photo by Dovi on Unsplash.MS calls for re-think over alcohol ban in pubs.

First Minister Mark Drakeford announced on Monday that the sale of alcohol in pubs, bars, restaurants and cafes across Wales would be prohibited from 6pm this evening.

On Wednesday, following the end of the nationwide lockdown in England, the government confirmed it would allow travel between Wales and Tier 2 areas in England, which include Liverpool and Chester.

“Mark Drakeford’s draconian no-alcohol policy has hit wet-sales pubs and food pubs alike and most will be closed now until the New Year. That makes no sense when the same government is permitting people to go across the border to Chester and further afield with the likelihood of greater transmission of the virus as a result,” Mr Gruffydd said.

“Security and safety in a well-run Welsh pub is going to be lower risk than catching the last bus home from Chester after a night out. It might not be the only thing you catch.”

Janet Finch-Saunders, MS the Welsh Conservative spokesperson on Building Regulations, has called for clarification on how the Welsh Government has spent the £58 million received from the UK Government to help homeowners and leaseholders pay for remedial work to high-rise buildings with cladding.

Mrs Finch-Saunders, who is also Shadow Minister for Climate Change, Energy, and Rural Affairs, has also demanded to know whether leaseholders and homeowners will be compensated for remedial work, as happens in England.

Her comments come following a response from Housing Minister Julie James to a written request for a detailed explanation that Mrs Finch-Saunders fails to clear up the matter.

In her reply Julie James wrote: “Money received as consequential from the UK Budget is not ring fenced to be spent for the same purpose in Wales. Once the consequential is received it is for Welsh Ministers to decide how this money is spent. At that time Welsh Ministers were taking very difficult decisions about how money would be spent in Wales in the face of the coronavirus pandemic. However, we are now in a position to consider how any funding might work and which defects it might cover.”

Mrs Finch-Saunders said: “This is completely unacceptable. Conservative Members have received emails or telephone calls from owners of flats in high-rise buildings who are desperate, tearful, afraid, and unable to sell their properties because of the costs they must bear to have the cladding removed and replaced.

“It seems that the money has not been spent on helping with the costs of remedial work, and that there is no guarantee that it will be.

“Frankly, it’s a kick in the teeth for hundreds of people in Wales who are being treated unfairly compared to those in similar circumstances in England.

“The Minister must come clean and clarify the situation, and release the money for these vital remedial works immediately.”

The Chief Veterinary Officers for England, Scotland and Wales have agreed to bring in new measures to help protect poultry and captive birds, following a number of cases of avian influenza in both wild and captive birds in the UK.

The new measures, which will come into force on 14 December, mean that it will be a legal requirement for all bird keepers to keep their birds indoors and to follow strict biosecurity measures in order to limit the spread of the disease.

Public health advice is that the risk to human health from the virus is very low and food standards bodies advise that avian influenzas pose a very low food safety risk for UK consumers, and it does not affect the consumption of poultry products, including eggs.

Government Chief Veterinary Officers are encouraging bird keepers to use the next 11 days to prepare for new housing measures, including taking steps to safeguard animal welfare, consult their vet and where necessary put up additional housing.

A joint statement from the three Chief Veterinary Officers said: “We have taken swift action to limit the spread of the disease and are now planning to introduce a legal requirement for all poultry and captive bird keepers to keep their birds housed or otherwise separate from wild birds.

“Whether you keep just a few birds or thousands, from 14 December onwards you will be legally required to keep your birds indoors, or take appropriate steps to keep them separate from wild birds. We have not taken this decision lightly, but it is the best way to protect your birds from this highly infectious disease.”

Poultry and captive bird keepers are advised to be vigilant for any signs of disease in their birds and any wild birds, and seek prompt advice from their vet if they have any concerns. They can help prevent avian flu by maintaining good biosecurity on their premises, including:

The new housing measures will be from 14 December onwards and will be kept under regular review as part of the government’s work to protect flocks.