Dr Giri Shankar, Incident Director for the Coronavirus outbreak response at Public Health Wales, has called on people to continue to take appropriate measures to protect themselves and those around them, despite the significant fall in Covid cases over recent weeks.

The case rate in Wales has now dropped to levels last recorded in September and according to today’s figures Cardiff is the only local authority in Wales to record over 100 new cases in the last week.

“While the level of infection across Wales has declined in recent weeks, there are still several areas which have substantially higher rates, Dr Shankar said.

“Welsh Government restrictions state that you should not go into any other household or mix with other people who you don’t live with.

“If you are contacted by your local Test, Trace, Protect (TTP) team then it is important that you are truthful with them about where you have been and who you have met.  They are not there to judge, they are there to help prevent ongoing transmission of the virus and to protect the community.

“If you are asked to self-isolate by your local TTP team then please ensure that you do so for the full ten days – this will help break any chains of transmission.

“We need your continued support to control the spread of Coronavirus, so please do not send your child to school if they are unwell, even if you are not sure if they have Coronavirus.  Please continue to work from home if at all possible.”

The total number of deaths registered in Wales has fallen below the five-year average for the first time this year, according to the latest figures from the Office for National Statistics

Deaths due to Covid accounted for 14.9% of all deaths compared in Wales over the latest week covered by the analysis, a decline from 18.2% the previous week.

Meanwhile, today’s figures from Public Health Wales have confirmed one more person has died with coronavirus and 142 new cases have been recorded.

The newly reported death was in the Aneurin Bevan health board area, taking the total number of deaths over the last year to 5,455.

The highest number of new positive tests across Wales in the last 24 hours were in Swansea (19) followed by Flintshire (15). There were no new cases reported in both Ceredigion Denbighshire.

Cardiff has had 119 cases over the last seven days and is the only local authority in Wales to report over 100. 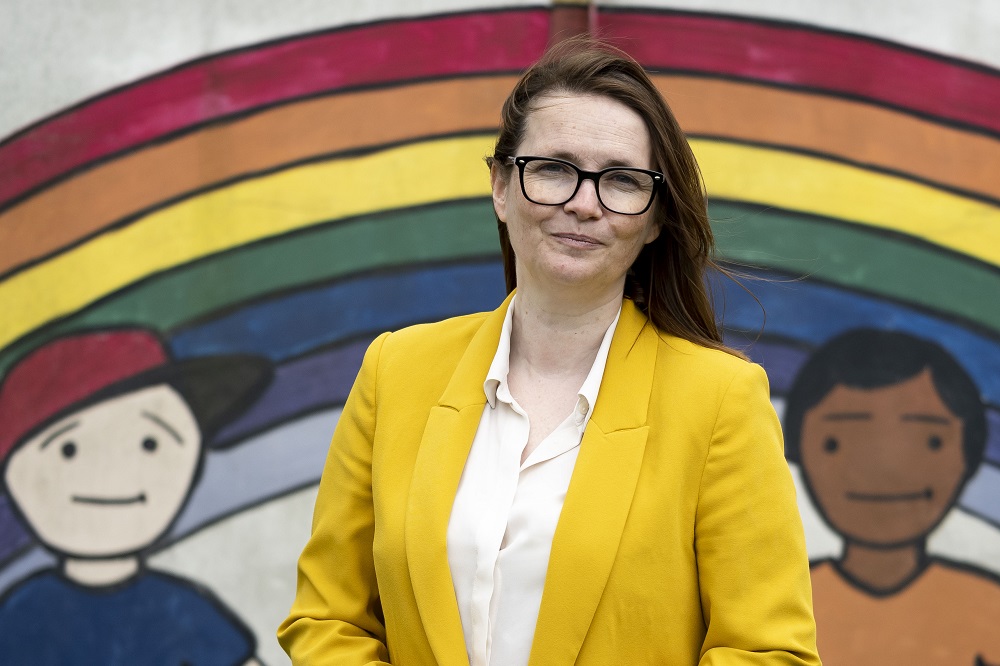 Ms Williams said she wanted to “put on record” her deepest sympathies to the family of Sarah Everard, who was kidnapped in Clapham in London and found dead a week later, adding: “Only last week we saw the passage in our national parliament, our ground-breaking new curriculum, which will mean that every child in Wales will be entitled to relationship education.

“I honestly believe that that exposure to high quality education that looks at respect, consent, our roles as individuals in a safe and secure relationship is really important and will create the societal change that we need for the longer term.”

The plan to increase the numbers of children receiving education in Welsh is set to be updated for the next with ten years with provision already increased in Pembrokeshire.

On Monday cabinet member for education Cllr Guy Woodham updated members about progress on the current Welsh Education Strategic Plan (WESP) linked to seven national outcomes including more seven-year-olds being taught through the medium of Welsh, more continuing to learn when they transfer from primary to secondary school, including the number of 14 to 16-year-olds learning in Welsh and improving provision for pupils with additional learning needs.

The change of linguistic category at Ysgol Croesgoch and Ysgol Ger y Llan in Letterson has increased provision for seven-year-olds, said Cllr Woodham and there was support at three language centres for latecomers to Welsh education.

He added that language provision had been strengthened when it came to transition from pre-school settings to Welsh medium schools in Narberth and Fishguard, areas specifically targeted over the last two years and retention of pupils as they transferred to the higher key stages was a priority.

Other improvements, cabinet was told, include the decision to establish a new three to 11 Welsh school in Pembroke, to open in January 2023 and the recent launch of a demand survey for the Milford Haven area, which runs until the end of the month.

The new WESP will include an assessment of need in the Fishguard, Goodwick and Letterson area.

Cllr Cris Tomos, cabinet member for the Welsh language, added that the working group looking at the WESP is on track to complete its work ready for cabinet decision early next year and adoption by September 2022.

The new plan must include ways of increasing more nursery and reception children receiving Welsh education, increasing the numbers continuing to improve their Welsh throughout education, more taking assess qualifications in Welsh and more opportunities for learners to use Welsh in different contexts in school.

The ID card are designed to give young carers a quick way to inform teachers, pharmacists, GPs and other relevant people, that they look after someone.

It will also help them to access their rights under the Social Services and Well-being Wales Act 2014, including their right to a carers’ needs assessment.

Other ID formats are also being tested, including an app in Anglesey and Gwynedd.

The Welsh Government will make £150,000 of funding available for local authorities in 2021 to 2022 to further support the roll-out of the national ID card scheme, with the aim of ensuring every local authority area of Wales has a scheme in place by 2022.

Carers Trust Wales have been awarded £36,000 to produce information resources and provide training to health and education professionals to help them better understand the issues which affect young carers.

Deputy Minister for Health and Social Services Julie Morgan said: “Too often the ability of a young carer to achieve and progress in their studies or have a life alongside caring is hindered because schools, health professionals and others don’t know who or what a young carer is, or how to help them. I want young carers to be able to identify themselves to others in a quick and easy way, so they can get the right help and support they need.”