Dr Frank Atherton, the Chief Medical Officer for Wales, has urged people to plan for a low-key Christmas this year and warned the easing of Covid restrictions over the holiday will lead inevitably to “an increase in cases, hospitalisations and deaths in January and February.”

Last week the Welsh, Scottish and UK Governments, and the Northern Ireland executive, agreed proposals to ease  travel restrictions between 23-27 December and gave permission for up to three households to form an exclusive “bubble” for the holiday period.

In his written advice to First Minister Mark Drakeford, Dr Atherton welcomed the four-nations approach to the festive period, which he described as providing “clear, understandable rules which should be easier to comprehend and follow” but added:

“… whilst it is permitted to bring three households together to form a Christmas bubble between the 23 and 27 Dec, I encourage the Welsh public to think carefully about their plans and opt where they can, for a safe and low-key Christmas. This is particularly the case for any planned face to face meetings with elderly relatives, as safer ways to meet such as virtual ‘get togethers’ could be employed.

“We know that transmission in households happens quickly and that pre- and early symptomatic individuals are highly contagious – the best way to protect vulnerable family members is not to expose them to potential infection, no matter how well intended the reason for contact.

“Where this cannot be avoided, I would advise that in the weeks leading up to Christmas,  households should not mix, as a way of lowering the risk of inter-generational infection, and when they do meet together; to practice social distancing, maintain good hygiene, reduce the length of stay indoors and keep environments well ventilated.

“There is no doubt that meeting with families and friends over the festive period will lead to increased opportunities for transmission of the disease. The consequences of this brief relaxation will inevitably be an increase in cases, hospitalisations and deaths in January and February.”

A further two people have died with coronavirus and another 2,021 people have tested positive for the virus according to today’s figures from Public Health Wales.

Cardiff, Rhondda Cynon Taf and Swansea have all recorded over 1,000 new case each in the last seven days.

Health Minister Vaughan Gething has confirmed the number of Covid-19 infections is rising in 19 of the 22 local authority areas in Wales and there are now more than 1,800 coronavirus-related patients being treated in hospital, the highest number since the pandemic began in March.

“Our health service is under considerable and sustained pressure because of the number of people who need to be admitted to hospital for treatment for coronavirus,” he told Monday’s press briefing.

Mr Gething also revealed the latest data shows that the infection rate across Wales is almost 70 points higher than it was on Friday and there were eight local authorities with rates higher than 400 cases per 100,000 people – four times as many areas as on Friday.

“Sadly, we are seeing a return to the very high rates of more than 500 in Blaenau Gwent and 600 in Neath Port Talbot,” he added.

Mark Drakeford has recommended that people in Wales avoid travelling to England to do their Christmas shopping this year.

Following the lifting of the national lockdown in England last week travel from Wales is permitted to all areas apart from those placed in the highest tier of coronavirus restrictions by the UK Government.

But the First Minister warned that going to England to shop will be “posing a risk to yourself and others”.

“The further you travel, and the more other people you mix with elsewhere, the greater the risk you pose,” he said.

“This is a year to go Christmas shopping in Wales, and close to home, because in that way you can both celebrate Christmas, and you can do it without posing a risk to yourself and others.”

Residents of Conwy county will participate in a new pilot scheme that will digitally track the recycling of plastic bottles .

The four-week trial – the first of its kind in Wales – will involve a number of homes in the area and is due to start in the spring.

Householders will be provided with a set of tagged bottles, which they will scan when placing in their recycling containers, using a free app.

The bottles will also be scanned upon collection by the council’s household waste recycling team.

For each bottle scanned at either end of the process, householders will receive a digital token – with each token worth 20p each.

The tokens can l then be donated to raise funds for Ysgol Pen y Bryn, the local primary school.

Digital DRS schemes allow local authorities, brands and regulators to monitor recycling rates, so they can analyse the habits of households.

Lesley Griffiths, the Minister for Environment, Energy and Rural Affairs, said: ”Measures such as these will allow a more flexible system for consumers than having to return items such as bottles or containers themselves, and will link in well with existing infrastructure already in place at the household recycling collection systems run by local authorities.”

A deposit return scheme has been cited as one way to cut single-use plastics because people would lose their deposit on the drinks container (in other countries it’s usually the equivalent of 10-20p) if they didn’t return them. 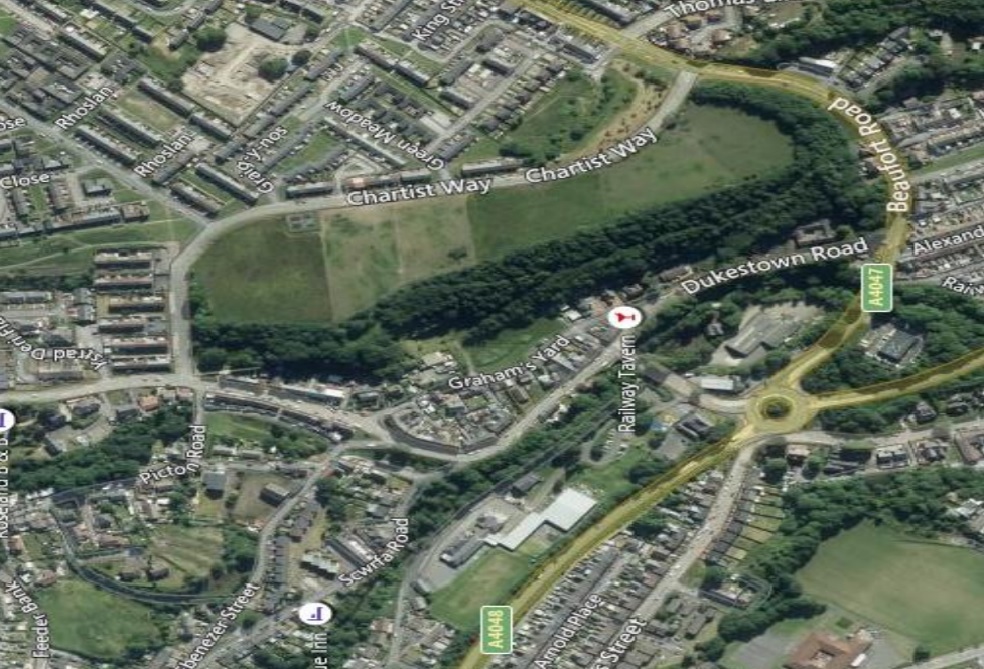 Plans for a new £6.2-million Welsh medium primary school in Blaenau Gwent have been revealed.

Blaenau Gwent council is proposing to develop a new 210-place school on a site at Chartist Way in the Tredegar/Sirhowy valley.

The Welsh Government has awarded £6 million for the new school, along with a £200,000 grant.

Blaenau Gwent is currently the only authority in Wales with one Welsh-medium primary school.

The borough also has a low percentage of Welsh speakers, with only 7.8 per cent of the population able to speak Welsh. This is the second lowest out of the 22 local authority areas and well below the national average of 19 per cent.

The new Welsh medium school is proposed to act as a ‘seedling’ school, with a childcare facility, nursery and reception years beginning in September, 2023.
Additional year groups would then be introduced each year, with the school in full operation from nursery to Year 6 by September 2029.

The school’s governance and leadership structure would be developed as an extension of Ysgol Gymraeg Bro Helyg, in Nantyglo, with one governing body across the two schools.

The Chartist Way site in the Sirhowy area has been chosen as the preferred location due its location, size, use, and known constraints, a council report says.

“This proposal will provide equality of opportunity for pupils to be educated via the medium of Welsh,” the report says.

“There is already an array of English-medium and faith-based primary school options available to families within Blaenau Gwent.

“The proposal would also support the council to address the barriers parents perceive in accessing Welsh-medium education, and support families to recognise the benefits of being bi-lingual.”

Blaenau Gwent council is proposing to start a public consultation on the plans from December 17 until January 29.

The authority’s education and learning scrutiny committee will also consider the proposal at a meeting next Tuesday, December 15.