News in brief: Minister calls for travel to be limited to combat new Covid strains

Health Minister Vaughan Gething is advising people to limit travel within Wales and between Wales and England, due to concerns about the spread of highly transmissible variants of Covid-19.

The UK Government launched a new strategy to combat the South African strain in England earlier this week, amid fears it could also be more resistant to existing vaccines.

People in 10 areas of England have been urged to stay at home in almost all circumstances and to expect possible tests after cases of the variant were identified.

Yesterday 32 cases were confirmed in Liverpool and 11 cases have been detected in Bristol.

So far 13 cases of the South African have been identified in Wales, with three of those unconnected with international travel, suggesting the possibility of community transmission.

Those three cases were in Anglesey, Conwy and Neath Port Talbot. The two cases in north Wales have the same genetic sequence and they were tested on the same day in the same laboratory.

The only way to detect the variant is to sequence viral samples but only about 1 in 20 samples from people who test positive are sequenced and a significant number of infected people will never get tested.

“We have regular conversations with colleagues at ministerial level across all four nations, between our chief medical officers, and our scientific community as well,” Mr Gething said.

“There’s also an exchange of information between our public health agencies and they’re organised in different ways, in England compared to Wales.”

Stressing that “whilst people may travel for essential purposes, those are limited purposes”, he added.

“There should be very limited travel between Bristol and south Wales, in particular.”

“More than that, of course, if people are travelling for an essential purpose they should still then be coming back to their household as well.

“So, the opportunities for wider community spread at this point in time should be limited.”

Despite the sharp decline in Covid cases in Wales since the start of the new year, Mr Gething also ruled out any major easing of lockdown restrictions until March.

“I still don’t think people should expect there to be a radical and significant easing of restrictions when we come to review matters in the third week of February,” he said, adding “there would need to continued reductions” before the rules can be eased and any available “headroom” would be used to help children return to school.

“We then need to assess the impact of any return to school that does take place,” he added.

A further 35 people have died due to Covid-19, and there have been 544 new cases of the virus in the last 24 hours, according to the latest figures from Public Health Wales.

Overall, 490,570 people have now received at least one dose of coronavirus vaccine, an increase of 28,000 since yesterday.

Ten of the newly reported deaths were in the Cardiff and Vale health board area and there were seven were in Betsi Cadwaladr.

Swansea Bay and Aneurin Bevan both recorded five and there were four deaths in Cwm Taf Morgannwg.

Wrexham (63) reported the highest number of new cases yesterday and there were 54 in Flintshire and 45 in Cardiff.

A new mobile testing centre is due to open in Bridgend county borough.

Residents will be able to get tested for coronavirus at a new facility in Pyle, Bridgend, from tomorrow.

The new centre will be available for drive-through appointments at the Halo Swimming Pool, Marshfield Avenue, Pyle (CF33 6RP).

The facility will be open daily from 9am to 4 pm and appointments must be booked in advance.

Council leader Huw David said: “It is important that residents who have symptoms continue to get tested as coronavirus is still circulating in our communities.

“While the vaccine roll-out offers hope for a way out of the pandemic, it will take some time for everyone to be offered it so it’s vital that we continue to do all we can to help limit the spread of the virus.

“You will be contacted when it is your turn to have a vaccine – please do not tie up resources by enquiring about it at a pharmacist or GP.

“Please continue to keep a two-metre distance from others, wash your hands regularly, and wear a face covering where required.”

Residents can also get tested at a walk-through facility at the Bowls Hall car park, Bridgend Life Centre, Angel Street, Bridgend (CF31 4AH), which is open daily between 8am and 8pm. Booking is also essential at this centre.

The testing centre currently based at the site of the former Revlon/Cosi factory in Maesteg closed this evening.

Figures from Public Health Wales show the latest seven-day rolling average (between January 23 and 29) of coronavirus cases per 100,000 population in Bridgend is 108.1, down from 111.5 a week earlier.

Free PPE to be made available for taxi drivers

Taxi and private hire vehicle drivers in Wales will be able to claim a free pack of high-quality PPE and vehicle cleaning materials, funded by the Welsh Government.

The move is intended to increase confidence in travelling safely for both drivers and passengers.

The packs contain medical grade re-usable face coverings and hand sanitiser, as well as all-purpose sanitiser, cloths, wipes and gloves so vehicles can be effectively cleaned between passengers.

The government is strongly recommending drivers wear face coverings when transporting passengers if it does not interfere with their ability to drive safely.

Passengers are legally required to wear face coverings when travelling in a taxi.

Drivers will be able to apply for a pack, which will be delivered free of charge, via the Lyreco website.

“We recognise drivers are keen to make their vehicles as safe, clean and hygienic as possible, and these packs will contribute to the ongoing efforts they are making,” Ken Skates, Minister for Economy, Transport and North Wales, said.

Welcoming the move Russell George MS, Welsh Conservative Shadow Minister for Transport, said it is vital that taxi travel is as safe as possible – for both drivers and passengers.

“It’s about time this sector was brought into closer alignment with other public transport operators in Wales,” he added.

“Despite a downturn in taxi and other journeys caused by the pandemic, the 74,100 licensed operators in Wales and those they transport will welcome this decision.

“Such a scheme, if implemented properly, will come at a considerable cost and ministers must ensure they are in a position to deliver, in full, on this promise.” 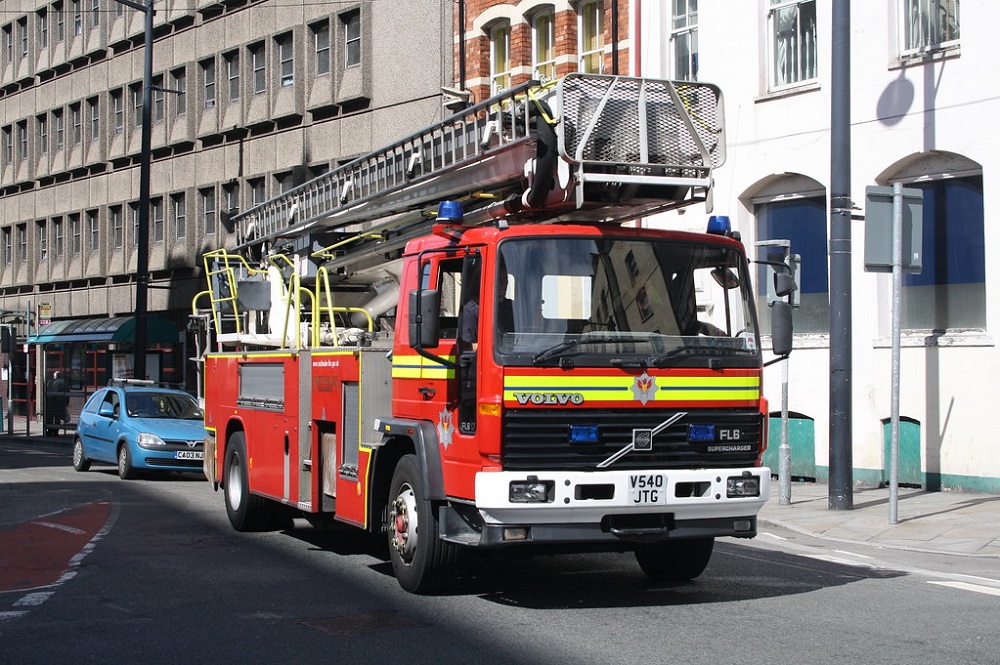 South Wales Fire Service is set to approve a 3.54% rise in the amount of money it takes from council tax payers.

At a meeting next Monday, the fire authority will consider its budget for 2021/2022 with a recommended contribution of £77.5 million from the 10 local authority areas it covers.

This will fund revenue costs like staff costs, premises related costs, supplies and services and transport costs among other things.

The proposed 3.54% rise is worth approximately £600,000 less than the 4.3% originally included in the authority’s Medium Term Financial Strategy (MTFS).

Across the 10 areas that the fire service covers, the Welsh Government provisional settlement announced in December saw an aggregate increase in funding of 4.1%.

Population changes impact directly on the level of budget contributions from individual councils and the authority has previously estimated a range of increases in council contributions of between 2% and 6% which the report said appears to have been accurate with a proposed increase of 3.54%.

Here are the contributions each of the 10 areas would make if the proposed budget is approved by members of the fire authority.

The fire authority approved a revised staffing structure in September 2018 which forms the basis of the revenue budget.

A detailed assessment of the pay budget has now been completed including any discernible impacts arising from Covid-19.

The fire authority’s pay budget was already overcommitted in the current year due to a pay award for Green Book staff which was more than that budgeted.

The fire authority has absorbed this overspend estimated at £50,000 during the current year to avoid any subsequent call on council budgets, the report said

Assumed pay awards are included in the budget estimates for next year.

The Chancellor announced in the autumn that pay increases in the public sector (NHS excepted) would be limited to those on the lowest levels of pay.

The report said: “Whilst these comments are noted, there remains significant doubt as to whether such constraints are deliverable against the background of the necessary Covid pandemic response. In preparing the budget, it is recommended that the planned inflation provisions remain in place.”

During the consultation process, one council has asked what the intended approach of the fire authority would be if the pay awards were agreed at a lower level than those estimated.

The report confirmed that the proposed approach would be to reduce the fire authority’s budget to the lower level required and refund the excess of contributions which would arise but that this could only happen once the pay awards were formally agreed by the relevant negotiating bodies.

Significant investment in ICT to meet revised software licensing models previously highlighted in the earlier reports is built into the budget as is provision for the replacement of essential operational equipment, the report said.

It also said that initial indications from Welsh Government are that grant funded projects will continue on a cash flat basis in 2021/22 but final confirmation of these and other grants will only come after Welsh Government’s budget is agreed in March which will be after the fire authority needs to formally agree its final budget.

The fire authority will also be asked to approve a capital budget for its property, fleet, ICT and other costs of £7.11 million.

There is also a recommendation that the fire authority agrees to delegate to the treasurer discretion to reduce the contributions budget for next year should the actual pay awards for 2021/22 be less than estimated and that the fire authority also gives delegated powers to the treasurer to make the necessary calculations and to adjust or refund council contributions accordingly.