News in brief: Minister plays down fears over vaccine shortages

Health Minister Vaughan Gething says he is hopeful the Welsh Government’s target of offering at least an initial dose to the first nine priority groups for vaccination by the end of April will be met despite a predicted shortfall of vaccines in April.

NHS England warned of a “significant reduction” in Covid-19 vaccine supplies yesterday and there are reports that a delay in the delivery of 5 million doses of the AstraZeneca coronavirus vaccine from India is partly to blame for the shortage.

As a result, NHS England says vaccination sites will not be administering vaccines to anyone under 50 during all of April.

“The data over recent days shows the pace at which our vaccination teams can work when the supply is available – vaccinating around the rate of 1% of the population a day.

“I have been clear throughout that supply is the limiting factor in our programme.  If we had more supply, we could vaccinate more quickly.”

“We have been informed by the UK Government that some of the supply we had been expecting to arrive in the UK before mid-April will now be delivered up to four weeks later than originally planned,” he added.

“The UK Government has provided assurances that this should not impact on delivery of our commitments to offer a first dose of the vaccine to the current 9 priority groups by the middle of April and all other eligible adults by the end of July.

“However, as we have every step of the way, we are working through exactly what the reduced forecast means for our programme in Wales. We will continue discussions with the UK Government with a focus on ensuring we meet the milestones in our national strategy.”

The minister also revealed supplies of vaccine were delivered to vaccination centres and GP practices across Wales last week and additional supplies are being delivered this week and said the shortages will have no impact on those who have already received their appointment for a jab.

Today’s figures from Public Health Wales have reported four further deaths due to Covid-19 and 297 new cases of the virus.

The total number of new cases included 99 positive tests from the end of January that have been added retrospectively.

“The reporting of these tests was delayed because of a discrepancy between different data views, which has been investigated and there are now processes in place to identify such issues,” Dr Eleri Davies, Incident Director for the Covid-19 outbreak response at Public Health Wales, said.

“Individuals received their results in the normal way, and will have been contacted by their local Test, Trace, Protect (TTP) teams at the time and told to self isolate.

“The results were split across several health board areas, but with larger numbers (48) in the Betsi Cadwaldr University Health Board.

“Individuals received their results in the normal way, and will have been contacted by their local Test, Trace, Protect (TTP) teams at the time and told to self isolate.

“The results were split across several health board areas, but with larger numbers (48) in the Betsi Cadwaldr University Health Board.”

Anglesey is the council area with the second highest rate at 127.1 and now has the highest positive test proportion at 11.9% per 100,000 tests.

Over half of the island’s new cases this month have been in Holyhead and the local authority says it is considering introducing local lockdowns if the number of infections continue to climb.

The weekly case rate across Wales has increased from 42.5 to 43.3 yesterday, while the positive test proportion across the country remains 3.9%.

Since the start of the mass vaccination programme on 8 December, 1,180,155 people have received their first dose of vaccine and 304,411 have had both jabs.

A new report from Wales’ Auditor General for Wales given a positive assessment of the performance of the national Test, Trace, Protect service.

The system was set up from scratch after the Covid-19 pandemic struck a year ago and is a joint effort between the Welsh Government, Public Health Wales and local authorities.

It currently employs close to 2,400 people working in local and regional contact tracing teams across Wales.

The new report estimates the Welsh Government element of the TTP programme is expected to cost over £120 million during 2020-21, of which almost three-quarters is on testing, however the actual costs to the taxpayer “will be considerably higher because Wales does not pay directly for its share of testing sites or laboratory facilities which are commissioned by the UK government.”

The report also notes that “health boards, local authorities, PHW and the Welsh Government have also redeployed staff to deliver TTP which is not included in the all-Wales spending figures.”

The key findings of the report are:

Last month a new study from the Senedd’s Research unit, in collaboration with Swansea University, reported that over 90% of positive Covid cases and close contacts had been successfully traced by NHS Wales Test, Trace, Protect, since the service was set up last June.

In Wales, after receiving a positive test result for Covid-19, people are asked to support the Test, Trace, Protect service by reporting their recent contacts to the local contact tracer so they can be notified to self-isolate (and take a test if they too are displaying symptoms), to help stop the spread of the virus.

The Scientific Advisory Group for Emergencies (SAGE), which advises both the UK and Welsh Governments, has suggested that for a contact tracing system to be effective, it needs to trace around 80% of contacts of an index case.

“Wales has developed a Test, Trace, Protect service largely from scratch and at unprecedented scale and pace,” Adrian Crompton, Auditor General for Wales says in the report.

“It has been particularly encouraging to see how well public sector partners have worked together at a national, regional, and local level to combine specialist expertise with local knowledge, and an ability to rapidly learn and adjust the programme as we’ve gone through the pandemic.

“It’s important that the positive learning is captured and applied more widely. There have been times when the Test, Trace, Protect service has been stretched to the limit, but it has responded well to these challenges. The programme needs to continue to evolve, alongside the rollout of vaccines, to ensure it remains focused on reaching positive cases and their contacts, and supporting people to self-isolate to keep the virus in check.”

Responding to the report, Nick Ramsay MS, Chair of the Public Accounts Committee said the report “gave a valuable insight into how the Test Trace and Protect programme in Wales has performed to date and described it as “a significant achievement”

“There have clearly been challenges for the programme during the peaks in transmission of COVID-19 but it is important that it continues to learn the lessons from such challenges given the crucial role it has to play in keeping the virus in check as lockdown restrictions are eased,” he added.

The Auditor General is independent of the Senedd and government and reports to the Senedd on effectiveness of the use of public money. 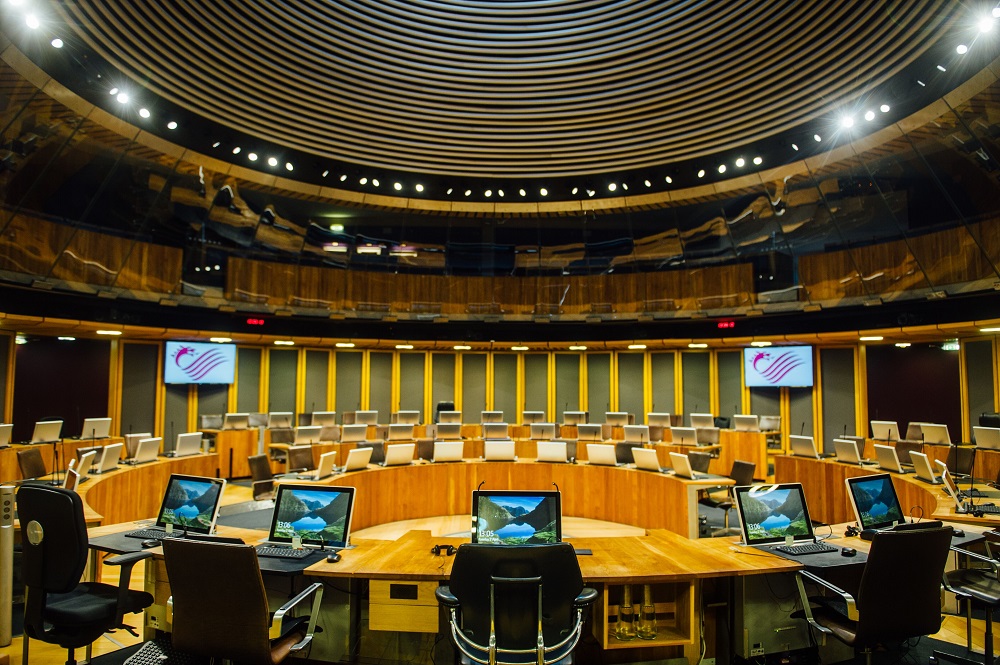 The Senedd. Picture by Senedd Cymru.Senedd publishes new Code of Conduct for MSs

A new Code of Conduct has been published, revising rules about the behaviour of members of the Senedd.

The principles of the Senedd’s Code of Conduct are based around the Seven Principles of Public Life – known as the “Nolan principles” – and in the new code also include a new principle: ’respect’.

This means that Members must always “behave in ways that promote equality of opportunity, respect the dignity of other persons and not engage in discriminatory or unwanted behaviour.”

The revised Code also contains a set of 24 enforceable rules. The rules are not intended to be used to judge how Members fulfil their responsibilities as elected representatives but enable Members to be held to account for their conduct.

The Senedd’s Standards of Conduct Committee hopes these extra rules will make it clearer what standards of behaviour are expect of elected representatives.

“We believe the concept of treating everyone with respect and as equals is an important addition to the key principles of public life set out in the Nolan Principles. We have proposed that this be included in the Senedd’s new Code as a new principle – ‘respect’.

The Senedd will be asked to adopt the new Code next Wednesday.