News in brief: MP warns UK is on the path to becoming ‘an international pariah’

Plaid Cymru Westminster Leader Liz Saville Roberts MP says proposals that the UK Government could use the Internal Market Bill to try and undermine the EU Withdrawal Agreement are “as stupid as it is dangerous”.

Ms Saville Roberts made the comments following reports that the UK Government plans to use the legislation to remove legal obligations made in the Withdrawal Agreement that relate to areas including the Northern Ireland border and state aid.

The Internal Market Bill is expected to be published later this week and is set to define how post-Brexit trade operates between the UK’s four nations.

Proposals for the legislation had already come in for criticism over concerns that it undermines two decades of devolution to Wales, Scotland and Northern Ireland.

“Breaking international law is never a good idea, to do it in the middle of a pandemic is as stupid as it is dangerous. At a time when the world needs to work together the UK Government is actively doing the opposite,” Ms Saville Roberts said.

“The Internal Market Bill was already set to undo the work of multiple devolution referendums, but now it looks set to put the UK on the path to becoming a pariah on the world stage.

“This is rogue state behaviour undermining not only EU negotiations but trust in the UK in all future international negotiations.

“Westminster’s shambolic handling of the pandemic has already shown how in Wales we can do better for ourselves. This latest scandal only makes it clearer that Westminster does not, and never will, work for Wales.”

No 10 has rejected claims that it plans to ignore aspects of the Northern Ireland protocol in the withdrawal agreement that Boris Johnson signed in January.

At a lobby briefing earlier today the prime minister’s spokesman said the government was seeking to “clarify” the agreement to protect the Northern Ireland peace process.

He said: ”We will continue to work with the EU in the joint committee to resolve outstanding issues with the Northern Ireland protocol.

“However, as a responsible government, we cannot allow the peace process or the UK’s internal market to inadvertently be compromised by unintended consequences of the protocol.

“So we are taking limited and reasonable steps to clarify specific elements of the Northern Ireland protocol in domestic law to remove any ambiguity and to ensure the government is always able to deliver on its commitments to the people of Northern Ireland.

“These limited clarifications deliver on the commitments the government made in the general election manifesto, which said: ‘We will ensure that Northern Ireland’s businesses and producers enjoy unfettered access to the rest of the UK and that in the implementation of our Brexit deal, we maintain and strengthen the integrity and smooth operation of our internal market.’ This was reiterated in the command paper  published in May.”

In response to speculation about the government’s plans, Ursula von der Leyen, President of the EU Commission, said: “I trust the British government to implement the Withdrawal Agreement, an obligation under international law & prerequisite for any future partnership. Protocol on Ireland/Northern Ireland is essential to protect peace and stability on the island & integrity of the single market.”

Public Health Wales has reported 133 new cases of coronavirus in the last 24 hours, the highest number of daily cases since 30 June.

Caerphilly recorded 31 new infections, taking the weekly total in the town to 98.

There were another 20 confirmed cases in Rhondda Cynon Taff, where 79 people have tested positive for Covid-19 in the last seven days.

Dr Giri Shankar, Incident Director for the outbreak response at Public Health Wales, said: “We are concerned about the significant rise in positive coronavirus cases in the Caerphilly area in recent days.  It is absolutely vital that everyone in the community abides by social distancing measures that is, by self-isolating when asked to do so, keeping 2m away from others outside your household, and washing hands regularly.

“I would appeal to everyone in the Caerphilly area that if you have even the mildest of COVID-19 symptoms, a high temperature or fever, a new and persistent cough, or a loss or change in your sense of smell or taste, or even if you feel generally unwell with no explanation, to make use of the local testing unit at Caerphilly Leisure Centre.

“As children return to schools, I understand that parents will be concerned at reports of positive cases.  I would urge you to follow advice from the school or local authority and only withdraw children from school when asked to do so.  Social distancing measures that are in place are designed to prevent the spread of the disease beyond the ‘bubbles’ established in schools.

“Again, it is important that children maintain regular handwashing throughout the day, and on returning home, and parents’ help with this is vital.”

No new deaths have been reported, meaning the total number of people who have died with Covid-19 in Wales remains at 1,597. There were 5,881 tests carried out yesterday.

The Welsh Government has committed £2.3 million to provide free face coverings for all learners in secondary school and further education.

Face coverings are not mandatory in Welsh schools but Dr Frank Atherton the Chief Medical Officer has recommended their use in a range of settings, subject to a risk assessment, including communal areas of schools and school transport where the physical layout means that social distancing is not possible.

Education Minister Kirsty Williams said:” It is vital children and young people, parents and the education workforce feel confident that all measures are being taken to protect them as they return to schools and colleges.”

In Scotland pupils and staff must wear face coverings when moving about within  secondary schools following the introduction of new rules that came into force last week.

The  rules also apply on school transport for all secondary pupils and primary pupils aged over five, but pupils do not have to wear face coverings in classrooms. Similar rules have also been introduced in Northern Ireland.

In England students are required to wear face coverings in communal areas but only in schools affected by local lockdowns.

Nine schools have reported Covid-19 cases across Wales since the return from the summer break. 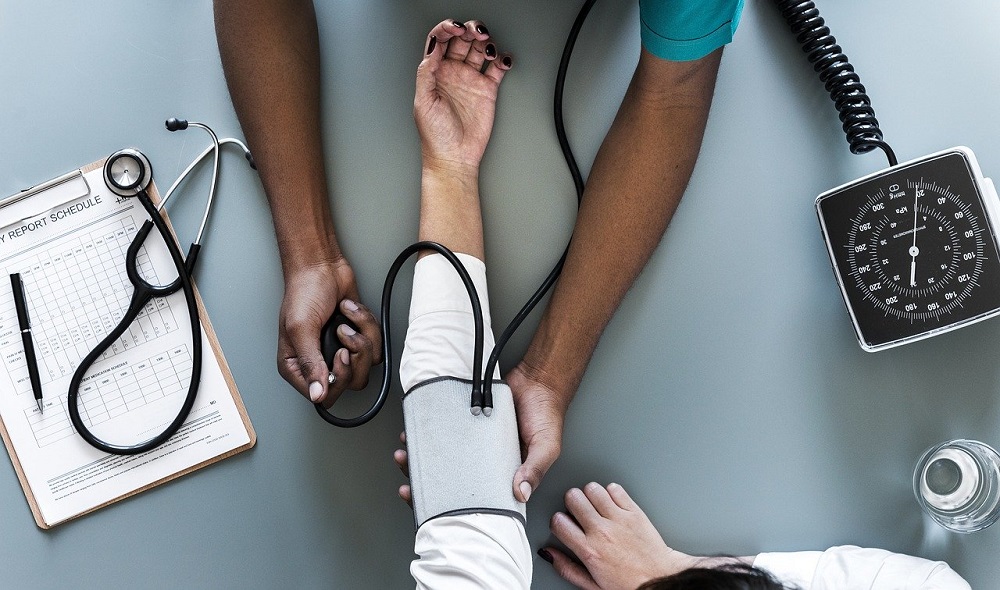 The Minister for Health, Vaughan Gething has announced that all doctors, nurses and staff working within GP practices will receive a 2.8% pay increase.

The increase comes following the new agreement for General Medical Services which will see the amount of money practices receive per patient rise from £91.77 to £95.07.

Wales is the first nation to take this approach following the agreement with the General Practitioners Committee Wales.

Previously it was down to individual practice employers to oversee staff pay increases.

“This round of negotiations has been undertaken at a time of significant challenge for our NHS. Primary Care has played an important role during the pandemic, with all doctors’ practices being open throughout and adapting quickly to ensure care continued,” Mr Gething said.

“The offer agreed demonstrates my appreciation for the efforts of GPs and all staff working in practices. Their dedication and commitment during the COVID response has supported our communities across Wales. The new contract will now see us build on changes that have been made during the pandemic including the introduction of digital consultations and to embed new ways of working.”

The minister also confirmed agreement to remove the charge to patients for the completion of a Mental Health and Debt Evidence Form by a healthcare professional. This will support vulnerable patients whose lenders require the completion of the form.