News in brief: No changes planned to priority list for Covid vaccinations as second round of jabs are cancelled

Health Minister Vaughan Gething says there are no changes planned to the priority categories for the two COVID-19 vaccinations now being rolled out across Wales and has confirmed most appointments for people to receive a second dose of the Pfizer/BioNTech vaccine will be cancelled.

Both Plaid Cymru and the Welsh Conservatives have called on the government to vaccinate teachers to allow schools to reopen following yesterday’s announcement that schools would move to online learning until at least 18 January.

Citing the latest advice from the UK’s Joint Committee on Vaccinations and Immunisations (JCVI), Mr Gething said he was “aware of particular interest in the prioritisation of key workers beyond health and social care professionals.”

“The position on key workers is unchanged,” he added.

“Those over 50 or with particular health conditions will be captured within this first phase of vaccination, when it is their turn according to the JCVI prioritisation.

“If large groups of workers were prioritised at an earlier point it would deprioritise other groups of people who are more vulnerable to harm. Those under 50 will receive their vaccination as part of the second phase of deployment in due course. “

The Minister also said that following the change in advice from the JCVI last week, most people in Wales that have so far received the first dose of the Pfizer/BioNTech vaccine will not get the second injection for several weeks.

In a move supported by the UK’s four chief medical officers, second doses of Oxford/AstraZeneca vaccine and the Pfizer/BioNTech jab will now be given up to 12 weeks after the first dose instead of the three weeks that had been recommended.

Despite opposition from some doctors, the move to give some degree of protection to as many people in at-risk groups as possible from their first dose, rather than providing two doses in as short a time as possible.

“With the assurance of short-term protection from the first dose I have approved an up to 12-week interval between first and second doses of both available vaccines. This provides an opportunity to protect the greatest number of vulnerable people in the shortest period of time. NHS Wales has received an instruction to this effect,” he said.

“This change in scientific evidence and medical advice has resulted in a change of approach across the UK. We have moved quickly to respond to the science.

“In practice, it means that most second dose appointments will not take place in Wales this week. The many thousands of people that have received their first dose of the Pfizer/BioNTech vaccine in Wales will still receive their second dose, but they will not receive it as quickly as originally expected. I appreciate this may cause anxiety for some, but I want to reassure people that they will receive their full course of the vaccine and will be protected by the first dose in the meantime.

“Also, crucially, I hope people take comfort from knowing their originally scheduled second dose is instead going to protect another person who is at risk of contracting and becoming seriously ill from the disease. This is a decision that has been taken in order to save more lives and protect our NHS.”

A further 17 people have died due to COVID-19 and 2,069 new cases of the virus have been confirmed in today’s report from Public Health Wales.

Cwm Taf Morgannwg health board reported the highest number of deaths with seven. There were also five deaths reported by Hywel Dda, four were in the Aneurin Bevan area and one was in Cardiff and Vale.

Cardiff (199) had most new positive tests in the last 24-hours, followed by Rhondda Cynon Taf and Flintshire both with 179.  Wrexham was next highest with 149 reflecting the recent surge in cases in the north.

The case rate in Wrexham has climbed to 795.1 over the last seven days and the positive test proportion currently stands at 30.4%

Senedd election count to be delayed due to Covid measures

The counting of votes for this year’s Senedd election will not take place until the day after the polls close because of COVID-19 restrictions that are expected to be in place at the time.

Voting for the Senedd and the Police and Crime Commissioner elections are both due to take place on 6 May.

Votes the Police and Crime Commissioner elections won’t be counted until Sunday the 9th of May with the results announced on the same day.

Ministers are also making plans for both elections to be delayed for up to six months if the pandemic hasn’t been brought under control.

Wales Electoral Coordination Board said: “Due to Covid-19 restrictions that are expected to be in place in May 2021, the expectation is that the verification and count processes will require more staff and take longer to perform.

“It would not be practicable, therefore, to verify and count ballot papers overnight.”

“Consideration will also need to be given to the space available to allow social distancing.

“The consensus that has been reached will ensure that the elections management team and count staff have had suitable rest and are able to work extended hours on the Friday, including adequate rest periods, as required by law.”

The Welsh Government could enter into a longer-term agreement with bus operators to provide support in response to the coronavirus pandemic.

The Welsh Government set up a bus emergency scheme to respond to the impact of the pandemic on industry and now they are looking to extend the scheme until July 2022.

A Blaenau Gwent council report on the proposal says the longer-term arrangements could come into place by the end of the month.

The bus emergency scheme phase two will be used “to address the loss of fare box revenue and the additional costs associated with responding to the Covid-19 pandemic” including the implementation of social distancing measures.

The report says: “Under the terms of the agreement, operators will be required to provide bus services that meet local needs under the direction of the lead authority for each region, working with and on behalf of its constituent local authorities.”

Local councils will be required to prioritise the routes that the funding should be applied to.

The priorities for funding include supporting students getting to and from school, increasing frequency of bus services when demand exceeds capacity, improving job accessibility and ensuring social inclusion.

The current phase of support ends in March and without another agreement bus companies could be without vital support to keep business going during the coronavirus pandemic.

Bus operators are required to continue routes they largely used before the coronavirus pandemic impacted Wales. 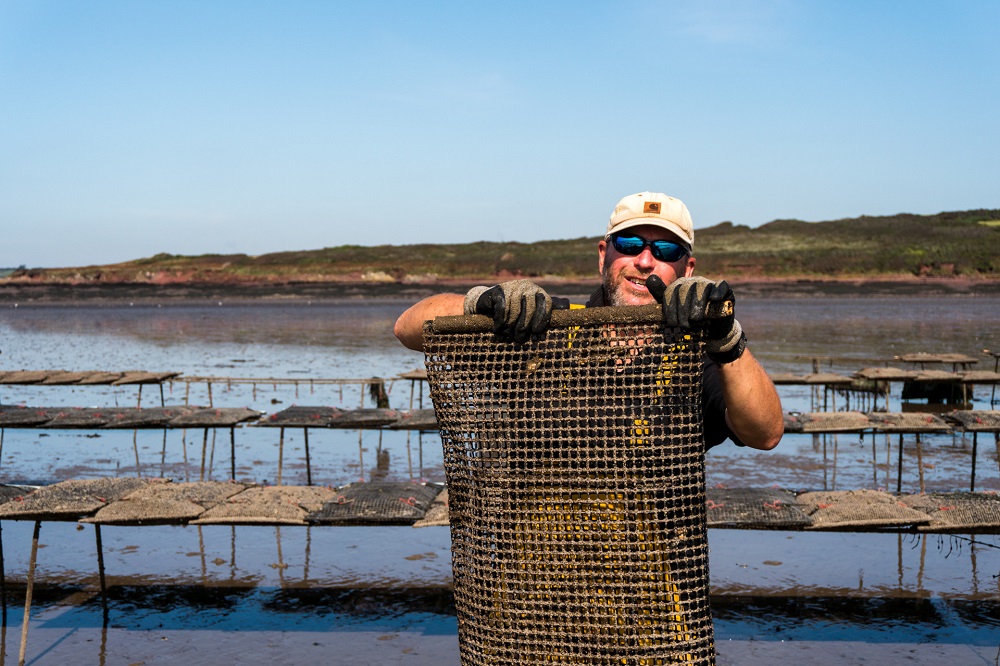 Seven years on and oysters introduced off Mumbles are doing well

THOUSANDS of oysters which were introduced into the sea off Mumbles are continuing to fare well, the marine biologist who put them there said.

Dr Andy Woolmer sent 40,000 adult native oysters overboard and onto the seabed seven years ago to see how they would prosper, or otherwise, in an area which once sustained a large oyster industry.

Dr Woolmer said a survey last summer found there had been no mass mortalities. The evidence, he said, was that the shellfish were spawning.

“Local fishermen were finding baby oysters stuck on whelk shells, which was a really good indicator the oysters had reproduced and spawned,” he said.

Dr Woolmer said the survey also found oysters off Porthcawl and an area south of Mumbles Head called White Oyster Ledge. Dr Woolmer said it was possible that some of these could have originated from the 40,000 broodstock off Mumbles, but that only genetic tests could confirm this.

He said “a critical mass” of oysters would be needed in Swansea Bay before any small-scale commercial fishery could be sustained.

But the area, he said, was one of very few in the UK where a particular parasitic disease which blights oyster populations was absent.

The shellfish attach themselves to hard surfaces and filter feed algae, nutrients and suspended sediment.

Dr Woolmer said what they consumed and where they lived had a bearing on their flavour – known as merroir.

He said a local fishery action group in Swansea, including seasoned fisherman Barry Thomas, has been very supportive of the project.

“I don’t think we could have gone that far without them,” said Dr Woolmer.

More recently, the marine biologist has been focusing his efforts on a commercial oyster fishery he has set up in Angle Bay, Pembrokeshire.

Fisherman Mr Thomas, of West Cross, said establishing a small-scale oyster fishery in Swansea would take the pressure off other species which ended up on people’s dinner plates.

For now, he reckoned the oysters off Mumbles could potentially be used to re-stock Dr Woolmer’s Pembrokeshire venture.

There is some oyster production in the Menai Strait, North Wales, along with mussels.

Mussels are also grown on ropes in Swansea’s East Dock.

But he felt there were opportunities for land-based production of shellfish like prawns and fish such as salmon in tanks – a process known as recirculating aquaculture.

“I don’t see why Wales can’t look at more species which could be farmed and which are consumed in the UK,” he said.