News in brief: One in 60 people in Wales could have COVID-19

Analysis of over 11,000 throat and nose swab tests taken over a six-week period estimates 52,200 people in Wales had the virus in the week ending 18 December, 18,800 more than the previous week.

The ONS said its modelling suggested “the percentage of those testing positive has increased sharply in recent weeks in Wales”.

Over the same period, one in 85 in England are estimated to be infected and one in 180 in Northern Ireland.

The number of infections has fallen in recent weeks in Scotland with the current estimate that one in 140 could have the virus.

A further 63 people have died due to COVID-19 and 2,161 new cases of the virus have been confirmed in today’s update from Public Health Wales.

Cwm Taf Morgannwg health board area recorded 24 new deaths yesterday, followed by 19 in Aneurin Bevan, nine in Swansea Bay, four in Cardiff and Vale, three in Hywel Dda and one each in Betsi Cadwaladr and Powys. Six of the deaths involved people that were resident outside Wales.

Neath Port Talbot has the highest positive test proportion over the last week at 31.7% down from 32.7% per 100,000 tests yesterday.

Swansea-based Brother Engineering has become the first mask manufacturer in Wales to gain the regulatory approval needed to be able to supply the Welsh NHS.

The engineering firm has adapted its way of working in recent months to support the Welsh Government’s efforts to produce and supply vital PPE items.

The move, which is backed by the Welsh Government’s COVID-19 Research, Development and Innovation support fund, has created new jobs including employing people who were made redundant from local companies as a result of the economic impacts of the pandemic.

Under the name of Blu Thomas Medical, the company’s surgical masks, which are produced as its factory in Pontardawe, can now be used in Welsh hospitals and health care settings.

It is also donating 60,000 high quality masks to local charities in the Swansea area that will be working with people in need over the Christmas period.

The firm now has the capacity to produce up to 5 million CE marked, type IIR fluid resistant masks a month, which are used to protect frontline NHS and health care sector workers.

Brother Engineering Managing Director, Blu Thomas said: “We are delighted that through our investment and hard work we have been able to satisfy the regulatory requirements that could enable us to supply masks to the Welsh NHS and beyond.

The team here has worked long hours to achieve this, but we have also had tremendous help from the Welsh Government who have assisted with funding and accessing expertise, and from specialists at Cardiff University and the NHS’ own Surgical Materials Testing Laboratory.”

A Regional education body with an annual budget of around £35 million looks set to disband.

ERW’s joint committee agreed to a number of legal amendments at a meeting in November, including one to facilitate its dissolution by March 31 next year, subject to approval from the participating councils.

All the authorities, except Pembrokeshire and Powys, have issued notices to withdraw from the consortium or have already withdrawn.

Work will be undertaken on new partnership arrangements – one for Neath Port Talbot, Swansea, Carmarthenshire and Pembrokeshire, and another for Powys and Ceredigion.

The latest ERW developments, which will include addressing any liabilities and indemnities, were ratified by Swansea Council’s cabinet.

She said its creation in April 2014 “seems a very long time ago” and that “it was a very different landscape for education”.

The six counties, she said, were very different and that it had been very hard “to move in an equitable manner and to ensure the improvement of all schools.”

Cllr Raynor said ERW’s budget in 2020-21 was just over £35 million, of which £21 million went straight to schools in the form of pupil deprivation grants.

She said Swansea Council had indicated its intention to withdraw from ERW in March this year – the month when Neath Port Talbot Council left the consortium.

Cabinet approved the recommendations made by ERW last month to vary the legal agreement.

Cllr Raynor said: “If all remaining authorities serve notice to withdraw, it will enable ERW to be dissolved and authorities to then formulate mutually beneficial organisations better placed to support school improvement going into the 2020s.”

A council legal officer said the council was still in discussions with the other authorities, and that the draft legal variation was likely to be amended further.

Cllr Raynor said: “This is an incredibly complicated situation.

“We are literally playing it as we go along.” 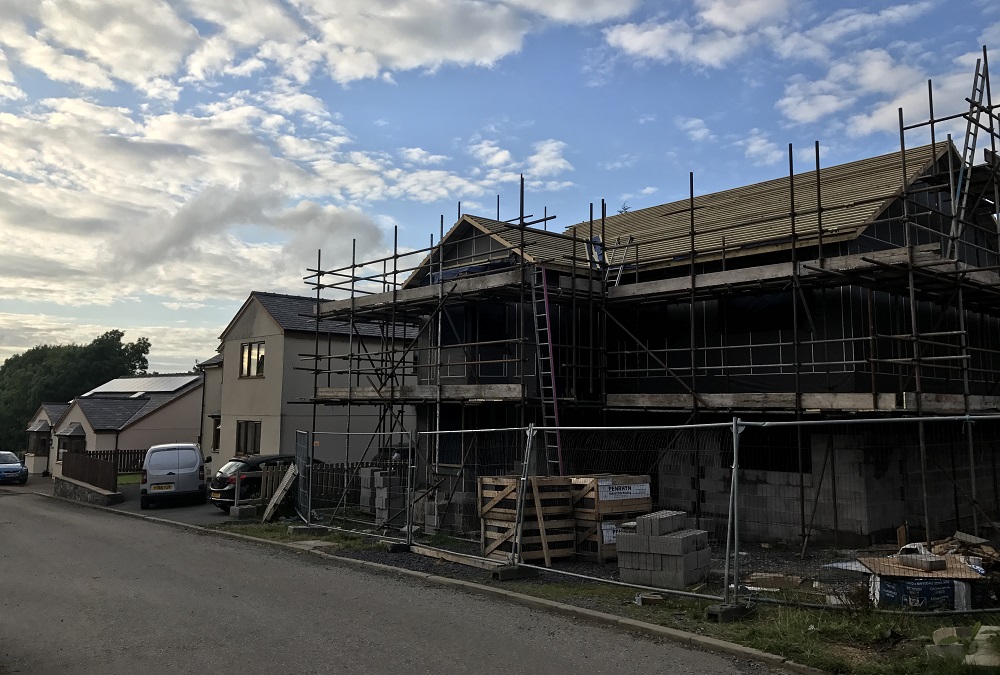 COUNCILS and social housing landlords have been given an extra year to comply with a Wales-wide scheme to improve housing standards.

They were supposed to meet the Welsh Housing Quality Standard (WHQS), which was first introduced in 2002, by the end of this month.

The Welsh Government has pushed back the compliance deadline due to the disruption caused by the coronavirus pandemic to December 31, 2021.

Confirming the one-year extension, a Welsh Government spokeswoman said: “Social landlords were all on track to comply with WHQS by the end of the year, however, tenant and contractor safety remain the number one priority, which means inevitably WHQS works are taking longer than usual, as the pandemic continues.”