News in brief: Report confirms uptake of Covid vaccine is lower among those most at risk

A new report from Public Health Wales has confirmed that uptake of Covid vaccine is lower among people in Wales most at risk from the virus.

The analysis, which covers the period from the start of the rollout on 8 December 2020 up to 14 February, tracks inequalities in coverage of Covid-19 vaccinations by sex, socioeconomic deprivation and ethnic group.

The report found that the largest inequality in uptake was seen between ethnic groups in adults aged 80+ years. Uptake for the combined Black, Asian, Mixed and Other ethnic groups in this age-group was 71.5 per cent compared to 85.6 per cent in the White ethnic group, a gap of 14.1 per cent.

Dr Richard Roberts, Head of the Vaccine Preventable Diseases Programme at Public Health Wales said: “As Wales continues its journey to roll out the national Covid-19 vaccination programme, we can see from this report that vaccination uptake is currently lower in groups who are at increased risk of severe Covid-19 outcomes.

“The safety of Covid-19 vaccines is being confirmed by the experience of millions of people vaccinated in the UK so far, and it is important for all communities in Wales to be fully informed about the benefits of vaccination.

“We also want to ensure that eligible people in Wales are aware that, even if they have had initial concerns, they can still access COVID-19 vaccination now or at a later time.”

Dr Simon Cottrell, Senior Principal Epidemiologist at Public Health Wales added: “The reasons for these differences in uptake may relate to individual, community or service characteristics but at this stage of the programme, coverage figures are not final and there remains opportunity to reduce inequalities.

“We will continue to monitor and report on uptake rates as the COVID-19 vaccination programme continues to be rolled out.”

A further 16 people have died with Covid-19 in Wales and 533 have tested positive for the virus, according to the latest figures from Public Health Wales.

Aneurin Bevan and Cardiff and Vale health board areas both reported four of the newly recorded deaths and there were three in Hywel Dda, two in both Betsi Cadwaladr and Swansea Bay and one in Cwm Taf Morgannwg.

The weekly case rate in Wales is 83.9 per 100,000 people, with 17 of the 22 local authorities reporting under cases in double figures.

Flintshire has the highest rate in the country at 121.7 per 100,000 of the population over the week.

The nationwide positive test proportion currently stands at 7.9% per 100,000 tests. The local authority with the highest rate is Powys with 7.9% over the week.

The total number of people in Wales who have had their first dose of a Covid vaccine is now 839,065, an increase of 16,432 since yesterday. 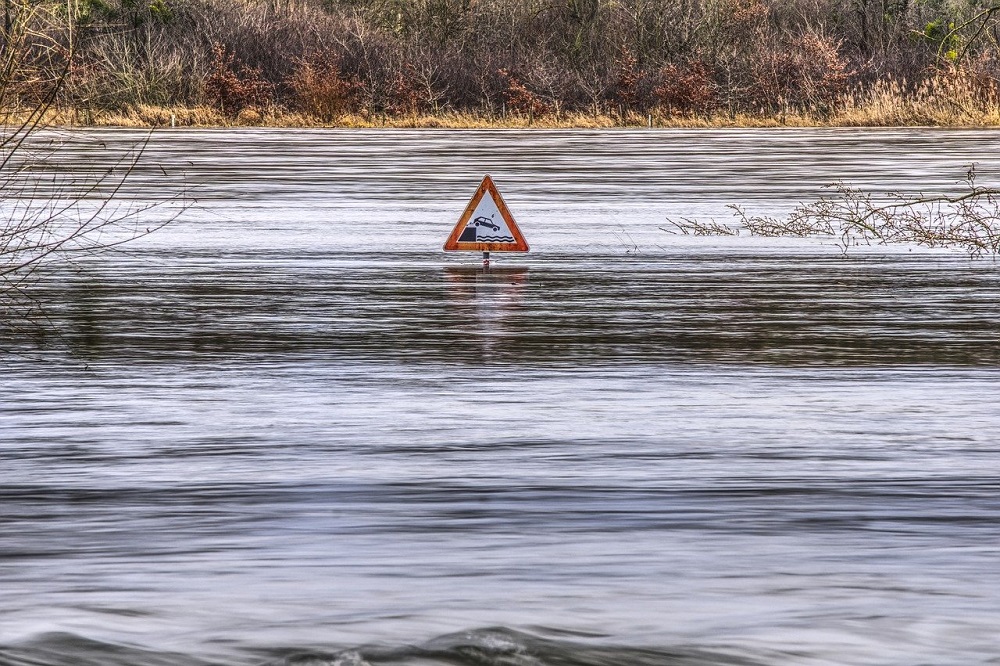 Businesses in Wales affected by recent devastating floods will be able to access up to £2,500 of emergency Welsh Government funding.

The funding follows the damage and disruption caused by Storm Bella in December last year and Storm Christoph in January.

Administered by Business Wales, the fund will support firms with the costs of recovery and repair, and help them to meet the cost of renting alternative space and retaining staff.

Economy, Transport and North Wales Minister Ken Skates said: “Sadly we know around 45 Welsh businesses were affected by recent flooding. This means that on top of all the wider challenges they are facing at the moment these businesses are also having to cope with damaged property, stock and equipment while navigating often complex insurance claims.”

“We want to help impacted businesses get up and running again as soon as possible and that’s why we have moved to provide a swift response with payments of up to £2,500 per business. This mirrors the approach we took when major flooding hit our businesses last year and is in addition to our wider coronavirus support package.”

The new fund will remain open to businesses affected by any further storms before the end of March, funds permitting. Eligibility criteria will apply.

You can apply for funding here.

The Welsh Conservatives have called for what they describe as the “farcical money-go-round” of school business rates to be scrapped, so that the cash can be spent improving the attainment of pupils in Wales.

Business rates are charged on most non-domestic properties, including property owned or operated by the public sector and not-for-profit organisations, not just property used for commercial purposes.

Russell George MS, the Shadow Minister for Economy, said: “This is money that should be spent on supporting children and young people, helping those from more disadvantaged backgrounds, and improving education attainment, because let’s not forget that on Labour’s watch, Wales has consistently ranked bottom out of the UK nations in the PISA ratings.

“It’s time the farcical money-go-round of schools paying business rates ended and that this money goes where it’s needed: on education.” 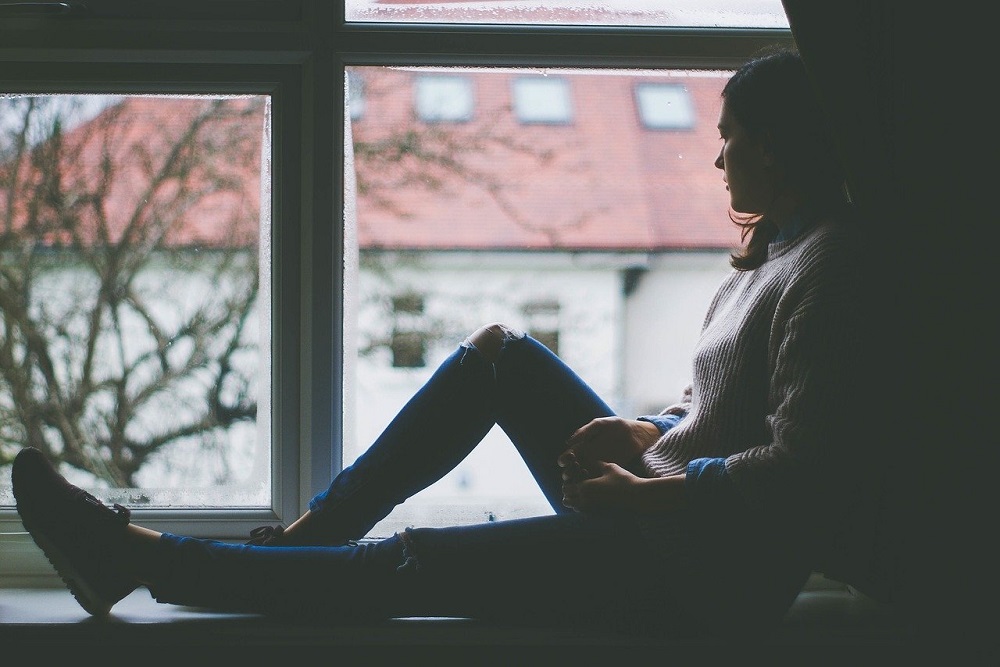 A further 170,000 people in Wales will now be eligible for a £500 payment if they have been asked to self-isolate following changes to the qualifying criteria for the government’s Self-Isolation Support Scheme.

The scheme was launched in November last year to support people who have been asked to self-isolate by the NHS Wales Test, Trace, Protect service.

“Our most recent review has identified a number of groups that currently fall outside the scheme and need our support”.

The new changes mean the scheme will now cover those who have been asked to self-isolate and are unable to work from home and are:

The minister also confirmed the scheme will be extended until June 2021 with an option to extend until October 2021 following a further review.

The government will also launch a communications campaign to clarify eligibility and raise awareness within target groups.

Merthyr Tydfil Council is applying for more than £24m worth of funding from Welsh Government to fund several transportation projects next year.

A report to cabinet on Wednesday, 24 February shows that the council has applied for £24.36m worth of funding from the Local Transport Fund, Ultra Low Emission Vehicle Transformational Fund, Resilient Roads Fund, and the Active Travel Fund.

For local schemes, the council has bid for £375,000 for the completion of the new bus station in Merthyr Tydfil town centre.

The funding will cover the outstanding elements of construction as well as the contractor retention sum.

The Council has also bid for £920,000 from the Resilient Roads Fund.

This will enable the council to continue delivering projects that mitigate and adapt the effects of climate change, including addressing disruptions caused on the highway network by severe weather.

The proposed schemes focus on drainage improvements to on Merthyr Tydfil’s highway network.

And the council has also bid for £2.27m from the Active Travel Fund 2020/21 for core active travel work, including scheme development, minor scheme improvements and review of the integrated network maps.

The main scheme priority will be to continue the development and commence the delivery of a network of walking and cycling routes focussed in and around the town centre whilst other development work will look at a potential link from the Taff Trail to Bike Park Wales, as well as upgrading opportunities on the Trevithick Trail.

In terms of regional projects, a further £9.98m has been bid on behalf of the Cardiff Capital Region Transport Authority’s (CCRTA) Metro Plus Programme, which this council currently manages.

This is for the development and design of regional transport projects aligned to the Welsh Government’s current investment in the Core Valleys Lines rail system, with local schemes focussed on opportunities at Merthyr Tydfil Railway Station and Pentrebach Railway Park and Ride Station.

A bid for £10.81m was also submitted on behalf of the CCRTA to the UltraLow Emission Vehicle (ULEV) Transformation Fund.

This will continue the delivery of the regional programme of investment in low emission vehicle projects, with Merthyr Tydfil Council facilitating and managing the finances.

The fund enables councils to develop and deliver schemes that supports the Welsh Government’s target of zero emissions from taxis and private hire vehicles by 2028.