News in brief: Wales will need 5,000 extra hospital beds to cope with second wave of Covid-19

Health Minister Vaughan Gething has predicted Wales will need an extra 5,000 hospital beds on top of normal NHS capacity, to deal with a possible second wave of Covid -19 later in the year.

Speaking at Tuesday’s government press briefing the minister warned the need for that extra capacity was “not the reasonable worst-case scenario, it’s a more likely scenario”.

Mr Gething said that field hospitals in Wales are “on standby” if the virus returns but added that a decision on their future has not yet been made.

Seventeen field hospitals were rapidly assembled at the peak of the crisis in Wales but only the Dragon’s Heart Hospital in Cardiff’s Millennium stadium has received any patients.

“We know that some field hospitals have already been decommissioned for example, the Welsh Rugby Union barn that Cwm Taf Morganwg University Health Board created,” Mr Gething added.

The minister said he would issue a statement in September on plans for the NHS across the autumn and winter and the role field hospitals could play.

Earlier, Mr Gething announced a 2.8% pay increase for doctors and dentists in Wales.

The move followed a decision by Chancellor Rishi Sunak to increase pay for some public sector workers in England.

Mr Gething said the UK Treasury is not providing additional cash for the increase in Wales “so the additional funding needed will need to be found from existing budgets”.

“This increase is well-deserved recognition for our hardworking doctors and dentists, and their contribution to the NHS in Wales,” the minister said.

“The Welsh Government is committed to supporting our NHS workforce, who have once again proved their dedication and commitment by delivering excellent healthcare in very difficult circumstances recently.”

The decision by the UK chancellor will also see police, prison officers and National Crime Agency staff in Wales get a 2.5% pay rise, while members of the armed forces will get 2%

Members of the judiciary and senior civil servants will also get a 2% pay hike.

There have been no new deaths due to coronavirus reported by Public Health Wales in the last 24 hours. The total number of deaths in Wales remains at 1,547.

There were 5,313 tests carried out on Monday. 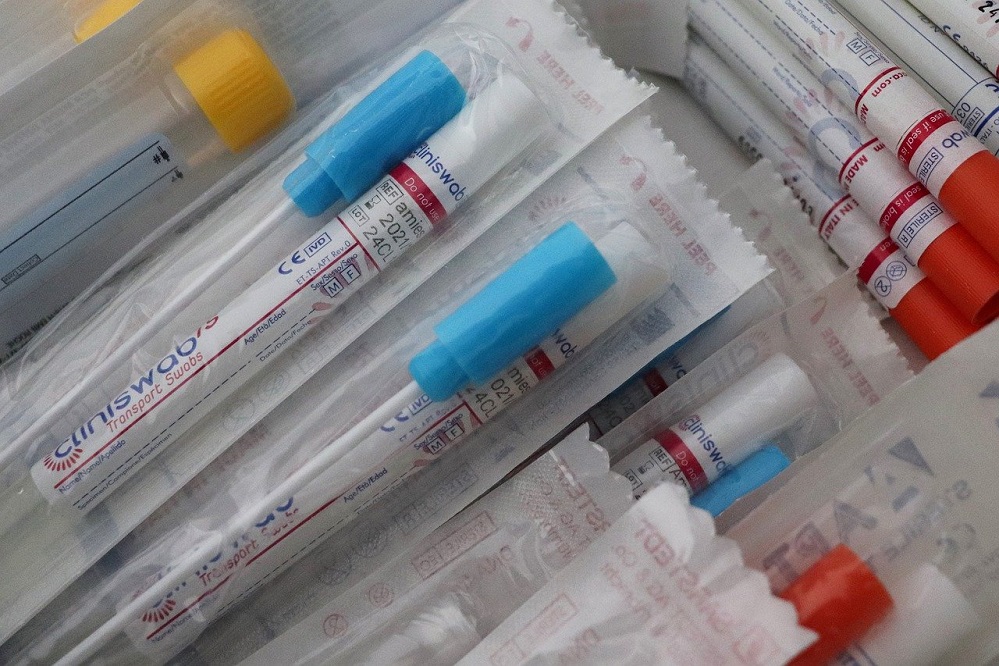 Public Health Wales has started testing workers at a food processing plant in Ebbw Vale after four people associated with the factory were confirmed to be infected with coronavirus.

PHW said it was investigating the cause of the cases associated with Zorba Delicacies, which employs close to 500 staff.

Dr Rhianwen Stiff, communicable disease control consultant for PHW said: “Close contacts of confirmed cases have been contacted through the test, trace, protect process and provided with additional advice for themselves, household and other contacts.”

In the last month there have been a large number of Covid-19 cases associated with food plants in Wales.

Rowan Foods plant in Wrexham has recorded 309 confirmed infections and there have been 221 at the 2 Sisters factory in Llangefni.

Kepak meat processing plant in Merthyr has recorded 139 cases dating back to April.

South Wales Police has confirmed it has dropped the investigation into secret recordings made by MS Neil McEvoy.

The move comes after the Senedd withdraw its complaint into the recordings.

Mr McEvoy made the recordings on his phone while being investigated by Standards Commissioner Sir Roderick Evans last year and claimed they demonstrated Sir Roderick was behaving in a highly politicised and biased way.

The recordings led to the former Standards Commissioner resigning from his post last November.

At the time, Llywydd Elin Jones said: “The covert recording of private conversations on the assembly estate is a serious breach of trust.”

Welcoming news that the investigation was being dropped, Mr McEvoy said: “The new acting Standards Commissioner has conceded that the complaints process in the Senedd is being abused for political purposes.

“It’s simply not fit for purpose and so we need wholesale reform. The investigations initiated by the former Standards Commissioner should now be dropped and his former investigations should be null and void. Not just for me, but for all MSs.”

Welsh Conservative Shadow Covid Recovery Minister Darren Millar MS has called for the Welsh Government to bring forward the re-opening for indoor hospitality in pubs and restaurants, and family entertainment centres (such as seaside arcades) to support the Welsh tourist industry.

At present, indoor hospitality is scheduled to re-open on Monday, 3rd August. No date has been set for the re-opening of family entertainment centres.

Pubs, cafes and restaurants with existing outdoor seating areas were allowed to to welcome back customers from last Monday.

“Businesses in the pub, restaurant and family entertainment sectors are airing their serious concerns about the financial impact of losing another vital weekend of trade as a result of the Welsh Government’s sluggish approach to re-opening the economy,” Mr Millar said.

“Ministers must bring the date forward to prevent further job losses and protect livelihoods. The UK Government has already taken bold action with VAT cuts and it’s Eat Out to Help Out scheme, we now need bold action from the Welsh Government too.”

Health Minister Vaughan Gething has announced that a new telephone triage service will be trialled at Cardiff and Vale University Health Board.

The service, modelled on a successful Scandinavian scheme, will direct people to the right service for their condition or injury instead of everyone automatically seeking care at their local A&E department.

The emergency 999 service will not be affected by the changes.

Mr Gething said: “We have looked very closely at how people access urgent and emergency care services, in response to the risks and restrictions the pandemic has brought.

“Lockdown saw a sharp reduction in attendances at emergency departments, and a large increase in people accessing support and advice remotely via NHS 111 and online services.

“As attendances begin to return to more normal levels, these changes in how people have been accessing services over recent weeks is something leading clinicians say must be maintained.”

The charity organises activities including riding and carriage driving, as well as providing therapy, fitness, and skills development.

According to the RDA some 77 percent of its members have reported that the continuing closure of indoor centres has had a negative effect on their mental health.

“The benefits of ‘equine therapy’ for people with a range of conditions and disabilities are well-documented, and the specific benefits of RDA to its service users are almost beyond measure,” Mr Davies said.

“The mental health and well-being of so many people in Wales is being adversely affected by the current ban on the use of indoor riding centres.

“I urge the Welsh Labour-led Government to review this as soon as possible, because it can be done in a safe and sensible manner.”