News ‘made in Wales, for Wales’ is ‘vital’ due to Brexit 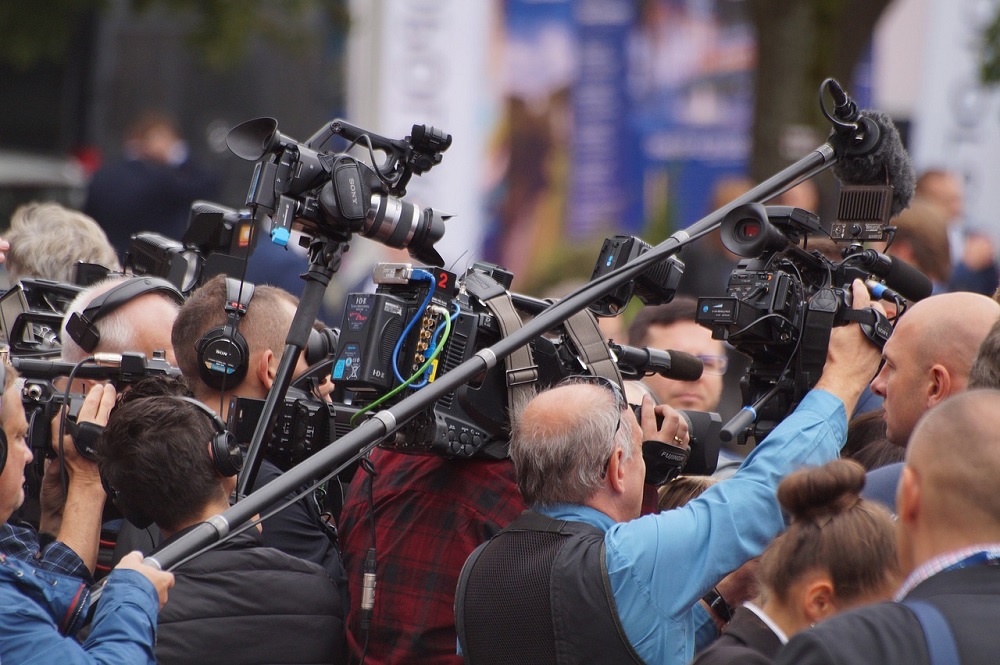 An Assembly Member has today said that the devolution of broadcasting is a “vital” development if Wales’s voice is to be heard in the “turbulent times” caused by Brexit.

Speaking ahead of a debate on the devolution of broadcasting on Wednesday, Sian Gwenllian AM said there was a lack of plurality in the Welsh media and a slow decline in output.

This was “stifling debate” and holding back political education in Wales with so many people consuming their news from outlets from across the border, she said.

Welsh Assembly members will on Wednesday vote on the matter of devolving broadcasting powers to Wales.

Sian Gwenllian said that broadcasting is “important to the sustainability of viable democracy in Wales”.

“With broadcasting reserved to Westminster, democratic debate in Wales is being stifled while political education is hampered,” the Plaid Cymru AM said.

“A third of those polled last year still believed that the UK Government ran the Welsh NHS.

“Wales faces turbulent times with the decision to leave the European Union posing a real threat to our nationhood.

“We must find our own distinct voice and make sure that it is heard in all decisive debates and decisions.

“This will not be achieved unless we create the conditions that will foster a ‘made in Wales, for Wales’ news culture offering the plurality which is so seriously lacking at the moment.

“At present, the majority of people consume their news from outlets from across the border with a London-centric focus and an abject lack of understanding of devolution.

“Plaid Cymru hopes that we can secure the support of the majority of parties in the Assembly in favour of taking the first steps towards putting the future of Welsh broadcasting in our hands.”

The debate comes as a young farmer from Trawsfynydd ends his week-long hunger strike as part of a campaign for Wales to have powers over broadcasting.

“I believe strongly in democracy, and so I’m very concerned about something important that is lacking in Welsh politics,” he said.

“We as a country can’t move towards our goals without voices that are critical of our Government, but that also explain to us how the system works, noting what is devolved – such as agriculture, health, education – and the things that are not, such as the legal system.

“We don’t see the Welsh perspective in our news and on our television stations. Change is needed, the system needs to develop, by having a voice for Wales, that comes from Wales, so we can strengthen our democracy.”

Sian Gwenllian said that the recent significant decline in some media outlets’ broadcasting hours coupled with significant cuts to S4C are a cause for concern.

“There is also a lack of support for Welsh-language media which we want to see given far more scope to develop in terms of content production, publication and distribution,” she said.

“All we ask for is a decision to investigate the practicalities of devolving broadcasting to Wales as part of the drive to inform and educate the electorate about politics and life in our country.”

Oh dear, oh dear, no wonder Wales is swirling down the pan So ““Plaid Cymru hopes that we can secure the support of the majority of parties in the Assembly in favour of taking the first steps towards putting the future of Welsh broadcasting in our hands” does it? Right…. “Plaid Cymru hopes….” No, we all hope. The point of Plaid is action. I want to know what actual and effective steps Plaid is going to take to do this. SG must give me more than hope. No longer good enough to be without the plan of action “that we… Read more »

It’s good to put pressure in Westminster in this sort of thing. But at the end of the day we have to accept responsibility and do these things ourselves without the State. And move away from Labour’s dependency-based ideas with the unconquerable spirit if the Welsh princes which were.

I’d agree with Benjiman. We can create our own media, this was a great deal harder in the past, but it is one of the few things that the digital revolution has improved. This site itself is a sign that change like this is possible. But a large part of the problem is not only the London-centric focus it is the lack of diversity of opinion in the mainstream media an with our mainstream political parties. There little to chose between the parties and their offerings and none have the guts to promote independence as a primary, immediate and achievable… Read more »

I agree with what’s in this article, but I’m afraid I also agree with Mr Edwards: the whole tone and timidity of Plaid is getting them – and more importantly, Wales – nowhere. Up here in Arfon we’re hanging on by the skin of our teeth, and the reason because Plaid are timid, and in part because they waffle with remote and often mandarin language about community socialism and stuff like that (see their latest pamphlet that Leanne is trailing around Wales) without actually touching the live issues. They’re so afraid of populism (a dirty works for them) that they’ve… Read more »

Even if the only thing that could be achieved by implementing the above would be to not have listen to endless news about America, then it would be worth it just for that.

It seems a strange question to ask a democratic Country anywhere in the free world, if it wishes to have control of its Broadcasting. Or perhaps we are not living in a democracy but a colony. Either way it’s a pretty dumb question to ask because it’s obvious we should. From France might be better, or Finland, or um Switzerland, let’s see, I know America. Silly me.

A colonialist mushroom plot.kept in the dark and waiting to be consumed by england.

I went to a recent meeting in Cardigan when Leanne gave a brief introduction to Plaid’s recently launched pamphlet. Questions were then invited and were answered by Leanne and Ben Lake. The questions were mild and innocent in their content. Nothing controversial. Parchus iawn. It could well have been a chapel meeting. Nobody asked about the pamphlet until it was my turn. I had a hard copy in my hand. This booklet was launched with much aplomb at the St David’s Hotel in the Bay the day before Neil McEvoy was expelled. Who thought that one out I thought. I… Read more »

I still force myself to watch it just in case something happens. Adam Price was pretty solid on it a few weeks ago but the rest of them ? Third rate rubbish the lot of them.

I suppose that while Wales is still an oversized English county, Plaid Cymru have no choice but to think of devolved broadcasting as a potential means of promoting a rational public debate on how to get the best out of Brexit. But hopefully they are aware that broadcasting has bigger implications, and bigger potential values, than that.This is a huge issue, and the campaign to win it needs real passion. I can see hints of this in Sian Gwenllian’s article, but (as other contributors have indicated) Plaid must avoid treading too carefully; the polls show that this isn’t a potential… Read more »

Hmmm…a bit ambivalent on all this. I am of the opinion that ‘no news is good news’. Thank God there is very little that goes on in Wales that can be classed as ‘newsworthy’ and that to me is good. Reporting ‘news’ and broadcasting is also very expensive and there are only one or two journalists (with any ambition or talent) working in Wales reporting the mostly minor, in the worldwide scheme of things, news events that do occur. There are no Welsh Citizen Kanes or Welsh Rupert Murdochs willing to pay for more. Of course there are crimes, injustices,… Read more »