Opposition to plan to chop woodland to make way for housing 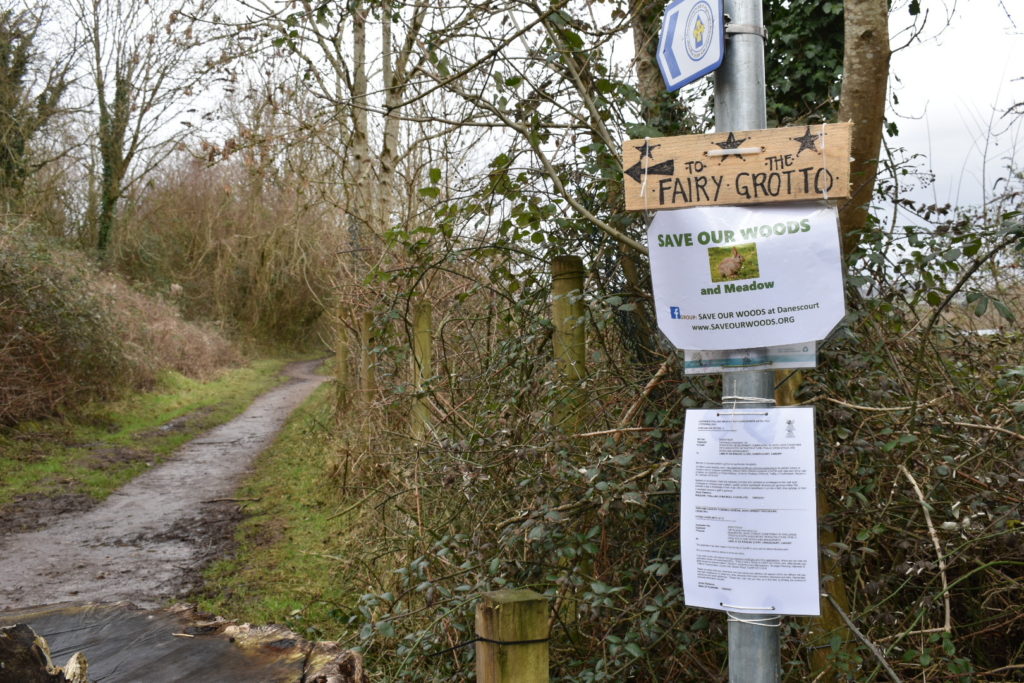 There is opposition to a plan to chop almost three hectares of woodland in Cardiff to make way for 36 houses.

The woodland is between the train tracks and Nicholson Webb Close, which is near Danescourt as well as to the River Taff, and many have written to Cardiff Council urging them to refuse permission to chop down the trees and build houses there.

The Taff Housing Association is applying for planning permission to build affordable housing on the site.

Several trees including oaks, sycamores, and ashes would be felled in the plans to build on the land. Developers have been trying for years to build there but have so far not been granted planning permission.

While the latest plans have reduced the number of proposed houses people living nearby are still objecting to the plans because of the loss of woodland.

Caroline Dallimore said: “This woodland is a natural green space that has importance for the wellbeing of local people who have been using it for recreation for many years.

“These woods are an important habitat for wildlife, providing nest sites for birds and foraging and roosting sites for bats, which are a protected species. If the development goes ahead mature trees will be lost, having an implication for carbon sequestration and climate change.”

“Young children such as my daughter enjoy exploring the woodland, which would be lost if this development was approved. The impact to wildlife would cause a dramatic decrease in biodiversity.”

The houses would be accessed off De Braose Close where a footpath leads to the woods.

In planning documents agents for the housing association said the site was surrounded by urban development, was close to schools, shops and surgeries, and was easily accessed on foot, by bike, or public transport, reducing the need for private cars.

Regarding the impact on trees and the local environment they said: “The grassland fields are considered to be of poor ecological value, being species-poor, limited in extent, and subject to significant scrub encroachment.

“The majority of trees have negligible potential with a small number having low potential. The application site is considered of relatively low ecological value with few protected or notable species and habitats identified during the surveys.”

The Save Our Woods campaign has been fighting plans to build there for 17 years, according to Helen Stewart. The group has left painted pebbles and laminated signs around the woodland to raise awareness of the plans to build houses there.

Ms Stewart said: “When residents were buying houses in Danescourt they were told this green space was being left for them.

“It’s not really suitable for development: underground streams, massive amounts of mud, and sloping downhill. We think that’s why it was not developed when Danescourt was built.

Another part of the debate is the need for more housing in the area. Developers say Danescourt and Llandaff have a “significant need” for more affordable housing but campaigners and locals dispute this, pointing to the 7,000 homes currently being built at Plasdŵr, about a mile away off Llantrisant Road.

Developers have applied to build houses on the woodland twice before – once in 2004 with five houses and again in 2012 with 48 houses. Both plans were refused permission and then dismissed at appeal by the Welsh Government’s planning inspector.

Ms Stewart said: “The planning inspector said [the first application] would have an adverse impact on the area. That was for five homes. How can planning officers now say 36 homes would be any less adverse?”

The latest plans will likely go to councillors on the planning committee to decide whether to grant permission. People wanting to comment on the plans must contact the council before March 15.

A spokesperson from Taff Housing said: “The development will deliver 36 much needed affordable homes, the delivery of which is a critically important issue in all parts of Wales.  There are currently over 2,551 people on the waiting list for an affordable home in Llandaff and Llandaff North alone.

“Taff Housing plan to develop on just over 20 per cent of the 5.44 hectares of land in its control. The remainder of the land will be retained as green space, with woodland to the north of the application site being managed through the removal of Japanese Knotweed and bramble, and improved by the planting of additional native trees.

“It is proposed that this will be handed over for adoption by Cardiff council as a Green Infrastructure Asset for the community.”