Owain Glyndŵr’s banner to be flown outside Senedd 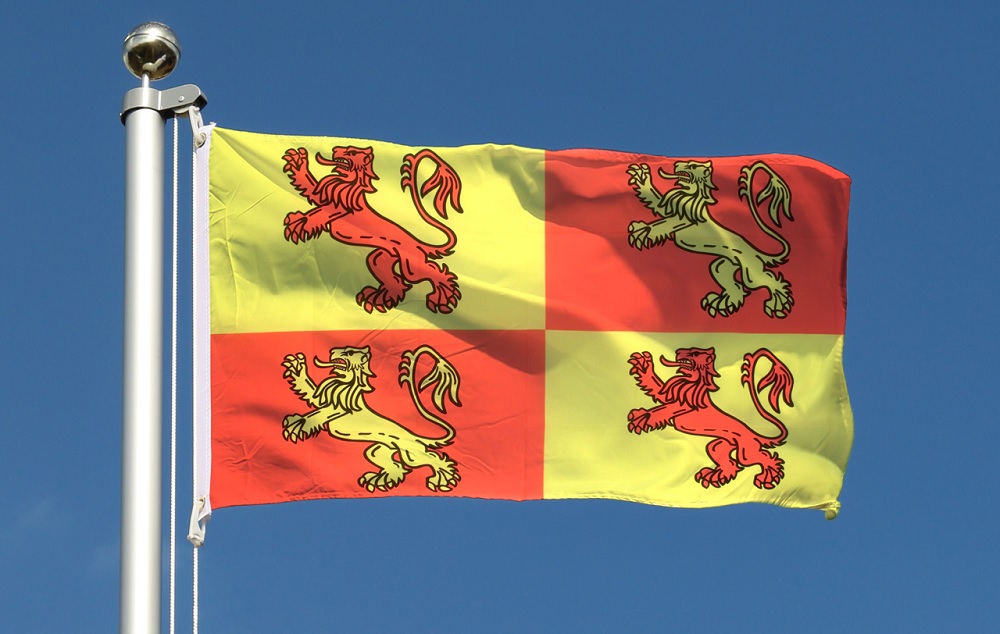 The banner of Owain Owain Glyndŵr will be flown outside the Senedd for the first time on Saturday.

It will be the first time in 600 years that his banner has been flown outside a Welsh Parliament.

Assembly Member Adam Price had sent the Senedd’s presiding officer, Llywydd Elin Jones, a request asking if the flag could be raised.

Tomorrow will mark 617 years since Owain Glyndŵr was crowned Prince of Wales.

“As we approach 20 years since the people of Wales voted to create the National Assembly, we face a number of challenges to defend the integrity of devolution,” Adam Price said.

“Raising the banner of Owain Glyndŵr this weekend would be an appropriate recognition, I think, of his vision for a self-governing Wales which controls its own fate.

“That is something that devolution has achieved to an extent, but it reminds us that it’s something that still requires an effort from us 617 years after he was enthroned as Prince of Wales.”

Da iawn Adam Price. Things like this are important because it frees the mind to think independently on other issues affecting Wales – forming our own bank, taxation in different ways, transport to support the west, dignity for out language. All these things don’t need a flag, but the confidence to fly Glyndwr’s flag is a nod in the direction that other ideas, once ‘heretical’ can become mainstream and accepted. Da iawn.

Arddechog!” How about a statue of him in Sir Fflynt instead of the Ring? (To reinforce the message).

Not being homophobic, but surprised the rainbow LBGT flag had priority to be flown outside the Assembly before, Owain Glyndwrs, banner over two years ago. Priorities in politics I suppose.

Good news, although not wishing to be overly critical or anything.. but statements which begin with the phrase “not being homophobic” usually betray the potential homophobic sentiment which follows thereafter…Do we know for certain that the rainbow flag “had priority” in being flown over Owain Glyndwr’s standard?. If not then why say it?…

No offence, but, as a republican, I’d prefer not to have the banner of any royal parasite flying over a democratically elected parliament. Since when did Plaid become a royalty supporting party, albeit that indigenous (and dead) royalty are marginally preferable to the living English kind? Just saying!

Don’t be ridiculous. Welsh people don’t admire Owain Glyndwr because of any blind affection for royalty.
You know as well as I do why he is revered

Your lack of ability to utilise context when making that comment suggests you probably shouldn’t be making it at all. If you cannot put your Republicanism aside to give respect to a key figure in the Welsh nationalist movement then maybe you’re in the wrong place? Oh and Plaid WAS a Royalty supporting party under Gwynfor Evans – wonder who the parasites were viewed as being back then? I’d also point out that as legend would have it Y Ddraig Goch was the badge used by Cadwaladr, King of Gwynedd. The white and green behind are the colours of the… Read more »

Capitalist and Welshnash
Reply to  Steve

Royalty has been part of Wales for its entire history.

Ireland, France, Russia, America… do you actually want a revolution after we’ve seen the pains and loss of traditions and languages which they cause?

Republicanism doesn’t necessarily mean not having royalty – you can have royalty and a monarch within a republic if you want. This is normally a symbolic head of state or ceremonial role of course but republicanism in its essence means a government of laws not of men – a constitutional republic for example

Bendegedig !!.Adderchog !! I totally agree with Wrexhamian above…a statue of Owain Glyndwr would be perfect instead of that despicable iron ring.

Good- What about all public buildings in Wales? There’s a Scottish version the Royal Standard of the United Kingdom used by the monarch in Scotland which features the Royal Banner of Scotland in the first and fourth quarters. The independent countries of the Commonwealth which still retain the Queen of England as their sovereign all have their own Royal standards. Wales doesn’t have its own standard: the Royal Standard of the United Kingdom is used by the monarch – the republicans may cheer the fact that Wales doesn’t have one, but, and It is a mischievous thought no doubt, but… Read more »

ive always thought Glyndwr to be an odd choice for a nationalist icon & it is indeed strange how people claiming to be socialists, republicans and democrats rightly castigate the current British/German royal family as irrelevant & undemocratic whilst revering a rich medieval landowner as “our rightful prince” As a rich member of the landed gentry in a still fairly feudal society, Glyndwr would have, like the rest of his class, considered it pre-ordained by God that the rich should live in comfort while the lives of us peasants should serve as arrow-fodder For most of his life he served… Read more »

Scotland seeking independence in 1400? Maybe you have not heard of the Declaration of Abroath in 1320? Scotland was operating as a proxy war for the French… and to be honest were a Norman realm in much the same manner as England. One of those “robber barons” just happened to be Edmund Mortimer… who was uncle too the Earl of March, Richard II’s legal heir. It was this issue which was central to a conflict you may have heard of called “The War of the Roses”. Why did Edmund join Owain? Because Henry IV refused to pay his ransom after… Read more »

Correction 1380s cover the conflict with Scotland. Still point stands despite that… Scotland had been independent for two generations.

God Save a non-Socialist Wales.

Being republican doesn’t necessarily mean not having royalty – you can have royalty and a monarch within a republic if you want. This is normally a symbolic head of state or ceremonial role of course but republicanism in its essence means a government of laws not of men – a constitutional republic for example

He killed and oppressed welsh, Scots, irish and english people seeking freedom, all in the service of a brutal overlord. We should be ashamed of Glyndwr.

Are there any photo’s of it up?