A mirror to Wales’ debate about Lieutenant-General Sir Thomas Picton is developing in New Zealand as the town of Picton, named after the colonial overlord, mulls changing its own name.

Picton in New Zealand was called Te Weranga o Waitohi in Māori before colonial settlers changed the name to Picton, despite him never setting foot there.

Picton from Pembrokshire had previously been hailed as a public hero but has now become equally notorious for his cruel involvement in the slave trade and for sanctioning torture during his governance of Trinidad, from 1797-1803.

His portrait has been boxed up for removal in the National Museum of Wales, and his statue in Cardiff City Hall has met with the same fate, following the Black Lives Matter protests in 2020.

Historian Mike Taylor has written a history of the Waitohi community and Picton and said there was now a growing consensus there that the name should be changed.

“He (Picton) used to slaughter women and kids, he’s never stepped foot in the country. It’s not only Māori who want it changed, it’s people from the whole community.

“Speaking to people who have approached most people back a change, even the schools that I’ve been in contact with seem to be going in that direction too.”

The councillor who originally proposed the name change, who is now retiring, however said that there was some resistance in the community. David Oddie said some people “just stopped talking” to him when he proposed the change.

“It’s always one of those difficult political conversations to have, and there were people that just stopped talking to me after I said that I wanted the name changed to Waitohi – but that’s just life in a small town.”

Amgueddfa Cymru’s director of collections and research Dr Kath Davis told the news site that she was aware of the debate in New Zealand and that it was relevant to Wales too as a bilingual country.

“What resonated with me about it was there was obviously a Māori name for Picton beforehand,” she said.

“And, what again really resonated for me as a Welsh speaker, and somebody from Wales where we’ve got two formal languages, was something happening here about Welsh speakers reclaiming certain names for famous Welsh landmarks like Mount Snowdon.”

Yes I see her point. Does she agree with me how incredibly thick as a plank it is to have so-called English translations underneath Cymreig place names! This happens nowhere else in the world, as far as I know. The whole point of languages is they don’t translate! All the English versions of Cymreig places do, is show how thick and necessarily drunk the English have to be to live in the UK. The regime of England is alcohol fuelled basically. Why? Because they are so lost in greed and selfishness that they have to drink to live with their… Read more »

The redundant ‘translation’ puts me in mind of examples like Kidwelly.

The greater part of Scotland has no Gaelic on the road signs. Simplified English only. Where both forms exist, either the English takes precedence or the two forms are printed in different colours, presumably to ease the difficulty for those thick alcoholics that you mentioned… 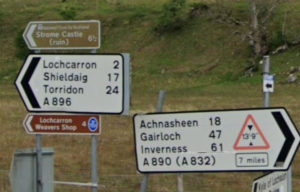 Picton was not a lovely person, that much is plain. All contemporary accounts refer to his foul language and seemingly constant anger. Concerning torture and brutality, there’s a lot of opinion and emotive twisting on the internet, presented as fact. You couldn’t do better than to read the Wikipedia article on him and also the associated talk page, particularly the conversation titled ‘Peerage Denied’. It’s important to judge by using ccontemporary standards and not to apply our own perspective. At that time, slavery was a legal industry and torture of accused was common. It was not legal under English law… Read more » 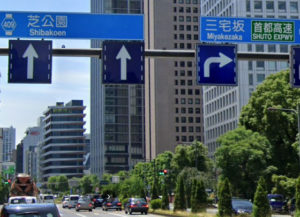 Ah. That old trope. Trotted out again and again. What your comment boils down to is, “My view is the only one with any validity and if you disagree then you are by default… wrong.” Such a binary perspective is rarely helpful and to imply that one part of society represented the whole is hopelessly mistaken. Except as a comparison, current opinion has no validity in any historical context, particularly when it’s so absolute. In any case, the contemporary world did not match your opinion. To insist that your preferred part of society represented the whole is simply to attempt… Read more »

Agreed, we can only add to history with our contemporary interpretations which will themselves become history. We should not try to erase what makes us uncomfortable.