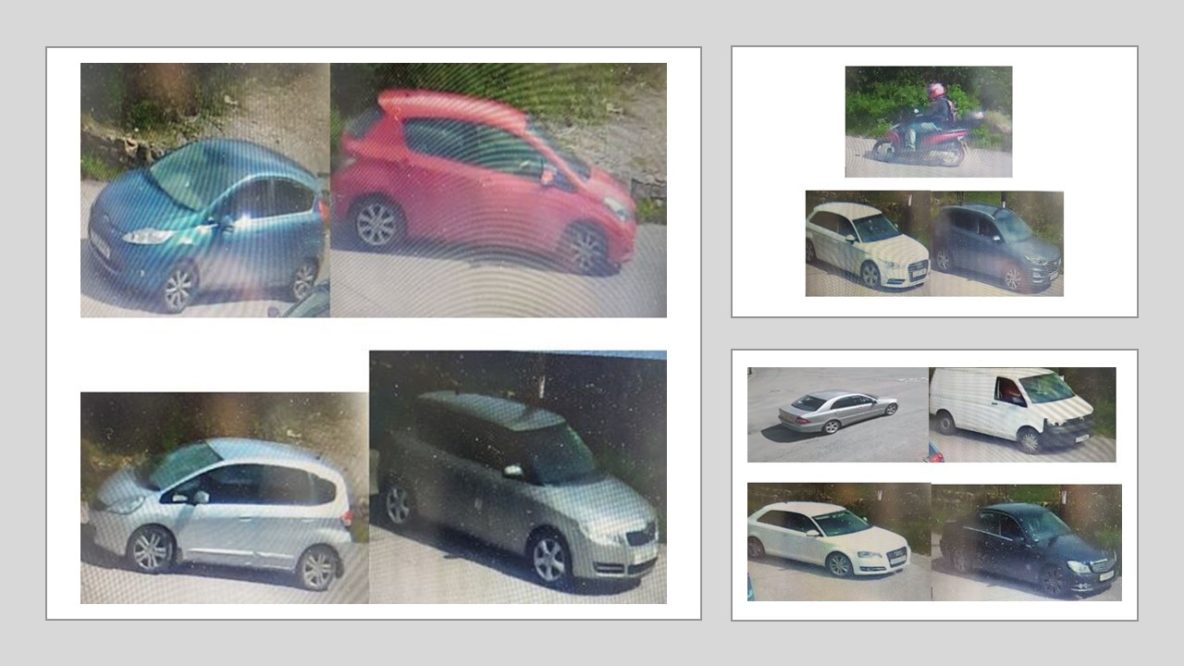 Police have issused CCTV images of 11 vehicles they would like their drivers to trace in their investigation to find missing teenager Frantisek “Frankie Morris.
Frankie Morris, 18, from Llandegfan, Anglesey, was last seen on CCTV pushing his bike near the Vaynol Arms at Pentir, Gwynedd on May 2, a day after going to a rave at a disused quarry above the village of Waunfawr.
Police have issued images of nine cars of various types as well as a van and a moped or motorbike.
They have continued to appeal for information as police divers joined the search.
Three people who were previously arrested in connection with Frankie’s disappearance, one on suspicion of causing death by dangerous driving, have been released under police investigation.

Chief Inspector Owain Llewelyn said: “Our investigations into the whereabouts of Frantisek “Frankie” Morris are continuing, and we are now appealing for the drivers of the vehicles in the attached images to contact us as soon as possible.
“We are currently exhausting every avenue in tracing Frankie’s movements on Sunday, May 2. I would ask that if you were driving any of these vehicles in the village of Pentir, that you come forward as a matter of urgency.
“Finally, I would like to thank Frankie’s family for their support during what is a very worrying and stressful time. Specialist officers continue to liaise closely with them.”