A politics professor has said that he has to explain to his students that the Welsh Liberal Democrats “used to matter”.

Professor Richard Wyn Jones, of Cardiff University, said that it’s “hard to believe” that they not only mattered when former Liberal Prime Minister Lloyd George was a “hero”, but in the “formative years of devolution” too.

In the Welsh language magazine Barn, he argued “with all due respect” to the party’s leader in Wales, Jane Dodds, the discussions about a possible deal between Mark Drakeford’s government and Plaid Cymru “underlines” to him “how for the Welsh Liberal Democrats have fallen”.

He said: After all, back in 2000, forming a coalition between Labour and that party was a key step in establishing the young-Senedd that had a pretty tempestuous beginning.

“And the Liberal Democrats not only provided a majority; they were the authors of most of the politics that made up that government’s programme.

“Following the 2007 election, the Liberal Democrats were possible partners in a ‘rainbow government’, as it was called, or in another coalition with Labour (what they made of those opportunities is another matter!).

He added: “Then following the formation of the coalition with the Conservatives in London in 2010, the Welsh Liberal Democrats played an important role not only in defending devolution from some of the perverse attitudes of Conservatives such as David Jones; they were also key in securing the expansion of the scope of self-government through establishing the Silk Commission.

“Through this period, the Welsh Liberal Democrats weren’t a peripheral power. Rather, though it was a small party, it despite that made a significant contribution in terms of the direction of this country’s political life.

“Even if there is an agreement between Dodds and Labour, it won’t compare in its impact and significance.

“Yes, the Wels Liberal Democrats used to matter. But they rarely matter in the present. At the moment its hard to see how they will count in the future”.

So the no longer matter. Serves the Lib Dems right for jumping into bed with the Tories. I for one will never forgive them for that.

Well if they hadn’t they’d have been criticised too – a no win situation for them. At least they kept the worst of the Tory policies out for a few years. Look at the mess we are in now.

Disagree entirely, far from keeping the worst of the Tory policies out they enabled the Tories to implement austerity and in doing so they normalised spending cuts and the demonization of the poor and opened the door for far worse policies to come. For a fuller answer see the comment below from Y Cyrmo but if the Lib Dems disappear for ever I won’t miss them.

So you would have rather the Tories were in on there own at that time?

Same.
Best hopes for their decent members now would be to join with Labour or Plaid.

Kirsty Williams had the choice 5 years ago to devote her efforts to rebuilding, or to cast her lot in with Labour (at the price of foreswearing a distinct Lib Dem voice in Welsh politics). She chose the latter, so putting the final nail in the coffin.

When your party is circling the plughole it becomes difficult to put its survival above your own. Kirsty looked at her LibDem colleagues and calculated rightly that they were not made of stuff that was likely to reclaim their former position. Not a nice choice but realistic.

Yes, I don’t blame her for her decision. Probably bowing to the inevitable.

Proud tradition? The obsequious Lloyd George forced London to make the Investiture of the English monarchy in Caernarfon and not London
Ych a fi. Bradwr

Never perfect he was an opponent of English imperialism and a supporter of Home Rule and Cymru Fydd. Since his days Wales and the Welsh have had ever diminishing influence over Whitehall.

He’s always loved the sound of his own voice

The Lib Dems fall from grace was largely due to the indignity of dropping their political panties like Good-time girls by getting Into bed with the Conservative party in 2010. And once in power, capitulated by reneging on their core manifesto pledge to scrap University tuition fees, then proceeded to raise them to £9,000 alienating not only students but their long suffering base. The Cameron/Clegg duo also introduced some of the most Draconian benefit sanctions bills that terrorised the unemployed, disabled and working poor used by Priti Patel to great effect, and took their hypocritical party to a new lowly… Read more »

What a horrible anology, it undermines the rest of your argument. Unfit for 21st century…

Yes the fall of the LibDems in Wales is a sad sight for Wales has always been a liberal land,on the whole a fair and relatively equal place. All liberal qualities and we need more of those qualities in Wales. 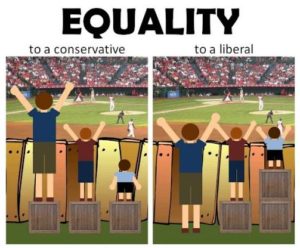 Forming a coalition with the Tories the LibDems had their one and probably only opportunity of introducing a decent form of proportional representation to replace the first past they post system they say they deplore. To be legislated for without a referendum (advisory or not).
The new proportional system could have been implemented in the already partially proportional elections in Scotland and Cymru to get the electorate in England familiar and educated to the new system for the following general election.

Spot on. A brutal but honest assessment. Dr Jones is as astute as ever.