The price tag for a planned new cancer hospital in Cardiff has tripled to more than half a billion pounds.

The new Velindre Cancer Centre, set for the Northern Meadows in Whitchurch, was previously estimated to cost £180 million. But this will only cover construction work.

The Welsh Government last month signed off the business case for the hospital, amid controversy about its environmental impacts and clinical model.

Now Velindre University NHS Trust has put out to tender the contract to build and maintain the new hospital, with an estimated value to that contract of £562 million.

Velindre is looking for contractors to design, construct, finance and maintain the new cancer centre. Details of the contract were revealed on Sell2Wales, a public procurement website.

About £200 million will cover construction costs. The 27-year contract will use the Welsh Government’s ‘mutual investment model’ to fund the hefty price tag, getting the private sector to pay the upfront costs, in return for an annual fee from the public purse.

This “innovative” way of financing major capital projects is also being used to fund the dualling of the Heads of the Valleys road from Dowlais Top to Hirwaun, and build two high schools in Cardiff. The Welsh Government said it is needed due to “scarce capital funding”.

Critics complain the financing model costs taxpayers enormously, with the Heads of the Valleys road widening costing £1.14 billion for just 11 miles of road. The mutual investment model is similar to the old ‘private finance initiatives’, long since scrapped due to huge costs.

A spokesman for Velindre said: “The process to find a contractor to build the new centre is now underway, with the tender live on the Sell2Wales website.

“The estimated capital cost of the new Velindre Cancer Centre included on the website is anticipated to be in the region of £200 million and the estimated value of the contract is an indicative assessment of the whole life cost of the scheme for the purpose of this advert.

“This includes not merely the capital value of construction over the construction period, but also, for example, the cost of maintenance and lifecycle investment over the life of the contract which will be 25 years from opening.”

A spokesman for the Save the Northern Meadows campaign, which previously raised concerns on the environmental impact and clinical model, said: “That figure wasn’t discussed in the Senedd. I’m sure it would have taken them by surprise. It hasn’t had proper scrutiny.”

The current Velindre Cancer Centre was built in 1956 and is running out of space, particularly for advances in medical technology like new radiotherapy machines. Planning permission for the new hospital was granted in 2017. It will likely open in 2024. 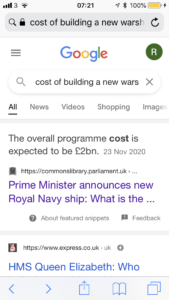 So much of the same negativity regarding the new vitally needed Cancer Treatment Centre being built on land privately owned by the hospital trust and not a public meadow as this reporter seems to suggest. All his articles regarding the New Velindre Cancer Treatment Centre are so heavily biased in favour of the opposition group who have no claim to the land it would be interesting to know why.

These figures would suggest a cost in the region of £1000 – 2000 per patient Per Annum. To provide facilities to cure/ treat life threatening Cancers.. Is this excessive,, ?? If you happen to be one of the 1 in 2 people who will develop Cancer in 25 year period , I strongly suspect not to the person concerned.. No discrimination, it could be you. . To attempt to make political capital and pander to protesters with lurid headlines is a contemptible action,unworthy of the “Party of Wales.”. Just who’s interest do you serve. Cancer kills, its not a tv… Read more »