A source close to Jacob Rees-Mogg told the PA news agency: “He knows he was very close to the previous two regimes and it didn’t seem likely he was going to be appointed in the new Cabinet.

“He’s happy to support the Prime Minister from the backbenches.”

Jacob Rees-Mogg has been in government since July 2019.

Earlier he had told the Times that he no longer believes Rishi Sunak is a “socialist” and would now serve in his Cabinet if asked.

“That was said in the run-up to the leadership campaign, under very different circumstances,” he said. “The leader of the Conservative Party is clearly not a socialist.

“I will do whatever he wants me to do. I don’t expect him to do anything, because I haven’t been one of his most ardent supporters, but the time has come to support the Tory party and I don’t mind what he decides to do.”

His resignation comes after Rishi Sunak pledged that his Government will have “integrity, professionalism and accountability at every level” and that he would win the trust of the British public.

The new Prime Minister said he is “not daunted” by the task ahead as he stands “ready to lead our country into the future”.

“I fully appreciate how hard things are and I understand too that I have work to do to restore trust after all that has happened,” he said.

“All I can say is that I am not daunted. I know the high office I have accepted and I hope to live up to its demands.

“But when the opportunity to serve comes along, you cannot question the moment, only your willingness. So, I stand here before you ready to lead our country into the future.

“To put your needs above politics, to reach out and build a Government that represents the very best traditions of my party.

“Together, we can achieve incredible things. We will create a future worthy of the sacrifices so many have made and fill tomorrow, and every day thereafter, with hope.”

Rishi Sunak has said he will “always be grateful” to Boris Johnson for his “incredible achievements” in No 10.

He pledged to deliver on the Conservative 2019 manifesto, insisting Mr Johnson would agree it is not “the sole property of any one individual”.

He said: “I will always be grateful to Boris Johnson for his incredible achievements as prime minister and I treasure his warmth and generosity of spirit.

“I know he would agree that the mandate my party earned in 2019 is not the sole property of any one individual, it is a mandate that belongs to and unites all of us.

“And the heart of that mandate is our manifesto. I will deliver on its promise.

“A stronger NHS, better schools, safer streets, control of our borders, protecting our environment, supporting our armed forces, levelling up and building an economy that embraces the opportunities of Brexit where businesses invest, innovate and create jobs.”

Markets remained largely unmoved by the entrance of Rishi Sunak into No 10 Downing Street on Tuesday.

The FTSE 100 had already been trading down before Mr Sunak took the top job. It was down around 0.5% to 6,977 points shortly after midday.

Meanwhile, the pound was around 0.4 cents more expensive, trading up around 0.3% against the dollar to a little over 1.13.

The yield on Government bonds dropped slightly on the day, reaching 3.72% – remaining below the level it was at before the mini budget was announced a little over a month ago.

Jumped at knifepoint I suspect. Who but an ideological clown would even employ that ghoul in the first place? When he is finally ousted at the next election he can return to pecking at cadavers of once healthy companies, as is his wont. Or join GB News as another impotent old fart raging at a world that has left them behind. 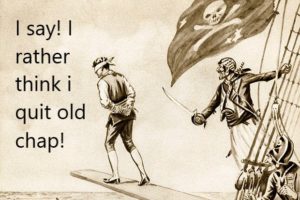