Robert Buckland is no longer Welsh Secretary “at his own request”, he has said.

In a letter to new Prime Minister Rishi Sunak amid today’s Cabinet reshuffle, he said that he was submitting his resignation from the government, having taken on the role under Boris Johnson after Simon Hart’s resignation in July.

Buckland, who is from Llanelli, was a controversial choice of Welsh Secretary as he represented a non-Welsh constituency in South Swindon.

The choice of a Welsh Secretary who did not represent a Welsh Constituency was cited by Bridgend MP Jamie Wallis when he called for former Prime Minister Liz Truss to resign.

Robert Buckland has also abandoned Rishi Sunak for Liz Truss during the Conservative leadership campaign in the summer, making his place in the Cabinet less secure.

In his resignation letter to the new Prime Minister he said: “Firstly, my congratulations on your election as Leader of the Conservative Party and your appointment by His Majesty The King this morning as Prime Minister.

“I am grateful to you for our meeting earlier. At my request, I am writing to submit my resignation from the Government.

“It has been a huge honour to serve four Prime Ministers on the front bench for seven and a half years, most latterly as Secretary of State for Wales.

“At the Wales Office, I was able to make significant progress on our Levelling Up agenda, launching the Welsh Freeports bidding process and continuing the roll out of the Shared Prosperity Fund. It was the honour of my life to have helped to lead the ceremonial events in Cardiff on the sad death of her Late Majesty Queen Elizabeth II and the Accession of His Majesty The King last month.

“I have always been proud to be a unionist, proud to be Welsh, and proud to serve in the UK Government. I firmly believe that we are one family and one nation with shared values, and we are stronger together, which is why I was proud to serve once again in Cabinet.

“As Lord Chancellor and Secretary of State for Justice, working alongside you in Cabinet, I was deeply proud to lead generational reforms to sentencing law, divorce law reform, better support for victims of rape and serious sexual offences, reform of the Probation Service and oversight of the massive prison-building programme, as well as having responsibility for managing the prison estate during the Covid emergency.

“You can be assured of my support from the backbenches as we deal with the economic and security crisis that faces us. We have to now come together to deliver our 2019 Manifesto and to ensure that our country emerges stronger from the storms that beset us.

“I will continue to serve my fellow residents in South Swindon as I have done since 2010, and I am also looking forward to working on issues relating to autism and employment with you and would like to lead a Review as to how business and private enterprise can help us bridge the employment gap, which for autistic people is just too great.”

The former Welsh Secretary has said this morning that the political world has “moved on” since he abandoned Rishi Sunak for Liz Truss during the Conservative leadership campaign in the summer.

Robert Buckland became the first cabinet member to switch his support from Rishi Sunak to Liz Truss, as the latter looked increasingly likely to win the Conservative leadership contest in August.

But Robert Buckland said that he now backed Rishi Sunak as Prime Minister and that the issue that made him part ways with the former Chancellor over the summer was now less politically important.

Writing in the Telegraph the Welsh Secretary said that he had disagreed with Rishi Sunak on the issue of a British Bill of Rights.

“In the summer, after a difference of view on the proposed Bill of Rights, I parted company with Rishi’s campaign,” he said.

“I decided then that it was better to be open about my differences and to declare my change of opinion, rather than conceal it from public scrutiny.

“Now I believe it is right for me to outline again who I am backing and why. I supported Boris Johnson as our leader and prime minister, and served in his Cabinet from 2019 to 2021.

“However, on July 7 this year, I called for him to resign, as I no longer believed that he commanded sufficient confidence to continue in post. Boris has rightly conceded that now is not the time for a return to those dramas.

“The world has moved on. Nothing less than the future of our livelihoods and businesses is at stake, and we have no time to lose. As people worry about their food and energy bills, our Government has to focus on their concerns and nothing else.”

“At his own request” 😀 Yeah right!!!
So who should fill the role?
NOBODY! It serves no purpose. Just speak to our Senedd like a bunch of grown-ups.
Apparently Bucky Swindon claimed it was an “honour to serve as Welsh Secketry” …. 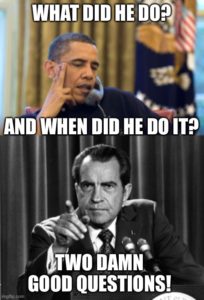 Silly little jumped up squirt – and that’s being very kind and restrained about him. Set aside that his job is not needed, he didn’t even try to make it look like it could contribute to the advancement of anything other than his own muppet career. People of Swindon must have rocks in their heads.

And not tear was shed and there was much rejoicing throughout the land.

And they sang, danced and drank into the night until they found out who was to be the next insult installed as the Secretary of State for keeping Wales down.

A man whose integrity is lost in the mire of self gratification and personal ambitious pursuits. A true blue Tory.

I see Robert Buckland fell on his own sword lol. Yeah right. Was he pushed or did he slip while overpolishing his scabbard.?

It’s highly likely he was sacked by Rishy Sunak for his disloyalty seeing he jumped ship like a rat when he saw the tide was turning in favour of Truss.

Mr Buckland will be remembered for the time when he was appointed sec of state and the whole of Wales said “who”. Never able to win a seat in his homeland, he crossed the border to gain a place in parliament. Known as a man who made a decision and stuck with it, untill he changed sides, his time as viceroy will be remembered for achieving, nothing for Cymru. He will now return to his Brexit voting Swindon, who lost a car plant after the Brexit vote, where he can concentrate on choosing the next Tory PM.