The number of patients in hospital with Covid-19 in Wales is the highest since April according to the latest figures released by the NHS.

1,344 people were hospitalised in the week ending 3 November, an increase of 21% on the previous week and the highest number since 25 April.

Covid patients currently account for 17% of all those in hospital beds in Wales.

There has also been an increase in the number of patients receiving invasive ventilation from 45 to 54 over the last seven days.

Cwm Taf Morgannwg health board, which has had an outbreak of the virus in four of its hospitals over the last month, has 16 Covid-19 patients in critical care. There are 10 each in Aneurin Bevan and Betsi Cadwaladr health board and nine in Cardiff and Vale.

The seven-day average for daily hospital admissions to hospitals with coronavirus has shown a drop from last week, although there were 104 admissions reported on Tuesday.

According to today’s update from Public Health Wales a further 30 people have also died due to the virus and 1,272 people across Wales have tested for Covid-19.

As with yesterday’s figures, PHW confirmed that some of the deaths are from previous days due to a time lag in the reporting process.

Overall, a total of 1,969 people have now died since the start of the pandemic at the end of February.

The highest number of new cases was in Rhondda Cynon Taf, where 216 people tested positive in the last 24 hours. Swansea recorded 153 new cases and there were 151 in Cardiff.

Economy Minister Ken Skates has confirmed changes to the application process for businesses seeking government support to help them deal with the economic fallout from the coronavirus pandemic.

Last week both Plaid Cymru and the Welsh Conservatives criticised the process after phase three of the government’s Economic Resilience Fund was paused due to it being oversubscribed within hours of opening for applications.

According to government figures £100 million of grants in phase three were “fully subscribed” after more than 5,500 businesses applied within 36 hours.

Subsequently, Welsh Conservative Shadow Minister for Economy, Business and Infrastructure, Russell George MS, called for the government to “ensure funding meets demand not the other way round, or it will leave businesses wanting”.

Speaking at Thursday’s government press briefing Mr Skates confirmed that a further £300 million will be available under phase four of the programme and that unlike earlier rounds businesses will be able to register their interest before the fund goes live.

Mr Skates also stressed that the money is to help businesses with their long-term plans to see out the pandemic and is not “emergency cash” and said money will be awarded on the basis of applicants’ quality. 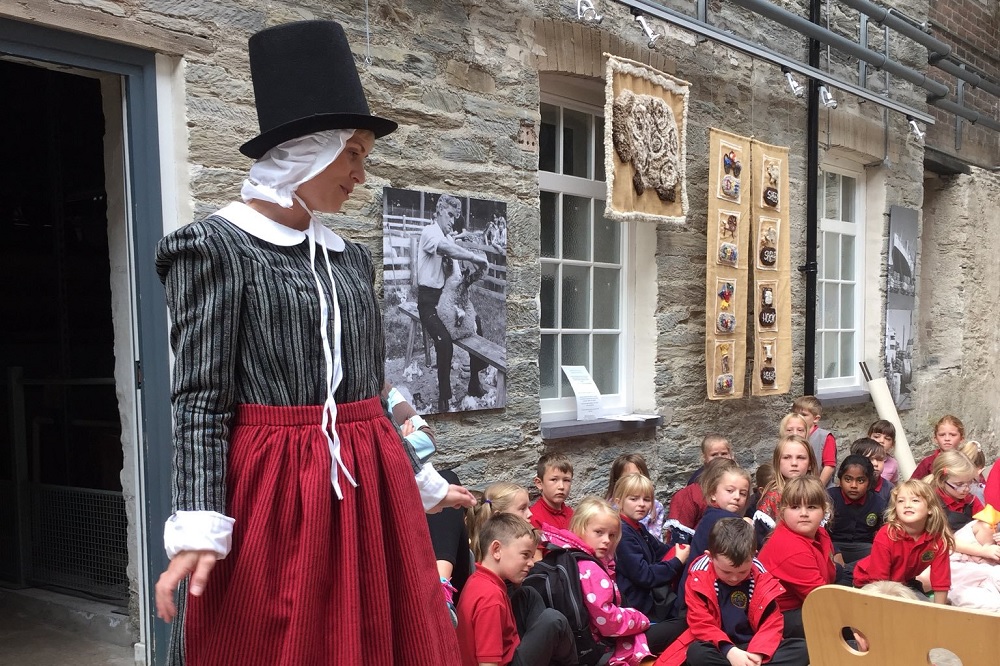 History teaching “should be re-evaluated in light of contemporary problems”

P-05-992“We call on the Welsh Government to create a common body of knowledge about Welsh history that all pupils will learn”
Submitted by Elfyd Wyn Jones
Signatures: 7,927

P-05-1000 “Make it compulsory for Black and POC UK histories to be taught in the Welsh education curriculum”
Submitted by Angharad Owen
Signatures: 34,736

History is about more than facts and glorification

Chair of the Petitions Committee, Janet Finch-Saunders MS (Con, Aberconwy), said calls for specific subjects to be included in the new curriculum have become a regular feature in recent years, while the Welsh Government wants the curriculum to be “purpose-led” rather than setting out in detail what is or isn’t taught.

“….(the second petition) is focused is on ensuring sufficient coverage is given to teaching about the legacy of these aspects of our history in our schools, including the role Wales played and the impact on black and minority ethnic people in Wales. The petitioner has acknowledged that teaching these issues can be daunting for teachers….Therefore, the petition argues that additional resources and support are required to equip teachers with the information and confidence to address these subjects appropriately with their students.”
– Chair of the Petitions Committee, Janet Finch-Saunders MS

Suzy Davies MS (Con, South Wales West) not only noted the petitioners’ aims but supported them. She suggesting some controversial historical figures in Wales, like Edward I, could be presented in a wider context – not as a psychopathic villain but a case study of expectations of leadership during the early middle ages and the relationship to people in power today.

Plaid Cymru – who tabled a debate similar to this earlier in the year – supported the aims. Sian Gwenllian MS (Plaid, Arfon) thought the importance of diversity in Wales deserves the same cross-curricular focus in the new curriculum as healthy relationships.

Delyth Jewell MS (Plaid, South Wales East) argued that a common corpus of key moments and evens would properly root Wales in its past and help halt the erosion of university-level study of Welsh history and Celtic languages.

Jenny Rathbone MS (Lab, Cardiff Central) thought history should be re-evaluated in light of contemporary problems, like the Windrush scandal and romanticisation of the British Empire in state honours and even God Save the Queen.

Signature numbers a sign of the strength of feeling

Education Minister, Kirsty Williams (Lib Dem, Brecon & Radnor), said the sheer number of signatures was a sign of the strength of feeling about history teaching in Wales.

As she’s said several times previously, the concept of “cynefin” in the new curriculum will mean students will have a Welsh sense of place and belonging. In the summer, Prof. Charlotte Williams was appointed to lead a review of BAME history in the curriculum.

In terms of teaching resources, the curriculum will grant individual schools a great deal of flexibility:

“Schools will be supported to engage with heritage professionals, museums and galleries, as well as community and cultural leaders when designing their curriculum….So, within the parameters set out in the guidance, teachers will have the flexibility to tailor the content of lessons to allow learners to explore their ‘cynefin’. We believe that that is the best way forward for them to understand how their local identities, landscapes and histories connect with those on a national and international stage.”
– Education Minister, Kirsty Williams

Health Minister Vaughan Gething has confirmed that asymptomatic testing for Covid-19 in care homes in Wales will revert to the UK Organisations Portal and the Lighthouse laboratories.

In September Public Health Wales labs had to take on a proportion of tests due to capacity problems at the troubled UK-wide Lighthouse laboratories.

In a written statement the minister said, “those issues are being addressed and it is important that the Public Health Wales laboratories are used for other purposes including symptomatic testing and responding to incidents and outbreaks of Covid-19.

Mr Gething also announced that statutory partners would be enabled to decide the frequency of asymptomatic testing in future.

The Welsh Government introduced weekly asymptomatic testing of staff in care homes on 15 June and subsequently extended weekly testing up to 4 October.

In his statement Mr Gething said: “… since the beginning of October we have carried out a stocktake of the policy with the office of the Chief Medical Officer and Public Health Wales to evaluate what the data is showing us, with input from partners in the care home sector, Local Health Boards, local government and trade unions.  As we move further into the autumn and winter months, it is crucial we continue to have a clear policy for protecting care home residents by testing asymptomatic staff which:

“We have taken account of the data and the feedback we have received through our engagement with partners in the care home sector, Local Health Boards, local authorities and trade unions.  We recognise the importance of continuing to provide some flexibility regarding the frequency of testing, to respond to the incidence and transmission in the wider local communities.  Accordingly, I have taken the decision to enable statutory partners to determine whether testing should be weekly or fortnightly in care homes in their local areas using their professional judgement informed by the data and local intelligence.”

Russell George, Welsh Conservative Shadow Minister for Economy, Transport, and Infrastructure has called for more support from the government for businesses that are struggling because of the coronavirus pandemic.

Yesterday Mr George quizzed the Minister for Economy  Ken Skates over a report by Cardiff University that the government has more than £1 billion currently unallocated from its fund to fight Covid-19 but the minister declined to confirm or deny if the research was accurate.

“Since the start of the pandemic but even more so now we’re in the Welsh Government’s Wales-wide lockdown, we have been bombarded by businesspeople who are absolutely at the end of their tether,” Mr George said.

“They are desperate for support to keep their businesses alive but crucially to keep local people in their jobs. As we’ve always said, this pandemic is damaging lives and livelihoods.

“The UK Government has given certainty to the Welsh Government by guaranteeing at least £1.1bn for the remainder of this year in extra funding. This brings the total UK Government support to Wales to more than £4 billion.

There have been calls from medical experts and academics for the Welsh Government to establish a gambling addiction clinic in Wales.

Prof. Simon Dymond from Swansea University told BBC Wales that there were growing concerns that the under-24s were developing gambling problems during pandemic lockdowns.