Senedd roundup: Covid vaccine roll out in Wales will take ‘well into next year’

The Chief Medical Officer for Wales has predicted It will be “well into next year” before the entire Welsh population has been vaccinated against Covid-19 and confirmed that there is currently no timetable for the roll out of the vaccine to care homes.

Speaking at Wednesday’s government press briefing and following confirmation the first Covid-19 vaccine has been given the go-ahead and will be distributed across Wales within a matter of days, Dr Frank Atherton said the task would be “a massive undertaking”.

“We have never in the UK – certainly in my professional career – probably ever undertaken a mass vaccination programme of this nature where our ambition is to eventually reach the whole population.

“That is clearly not going to happen overnight.

“This is going to be well into next year before we get through this and that reflects the fact that we need to have access to stocks, and of course the logistics of managing something on that scale are absolutely enormous.

“We will work our way through those priority lists.

“It’s fantastic news that we’re going to be able to be starting this as soon as next week, but everything else depends on when we get stocks and how quickly we can start to roll it out but we were looking well into next year before the whole population is covered.”

Dr Atherton told reporters at the briefing he was unable to say when care home residents will get access to the Pfizer/BioNTech vaccine adding that getting the vaccine to care homes was a “work in progress” and it was “very difficult” due to it needing to be stored at ultra-cold temperatures.

“There are of course other vaccines in the pipeline – the Oxford vaccine for example which doesn’t have such stringent requirements around temperature management and control,” he added.

“As that comes online, as we hope, that will that will give us a further ability to work our way through those priority lists.”

He also warned of the serious threat the virus still poses across the country and said it was clear there is “wide scale circulation of the coronavirus here in Wales”.

“The rate of coronavirus transmission is increasing and that’s happening to all parts of Wales.

“That’s why this week, unfortunately, the Welsh Government has announced some further restrictions on hospitality and indoor entertainment in the run-up to Christmas.”

A further 51 people have died because of Covid-19 and there have been 1,480 new cases of the virus according to the latest figures from Public Health Wales.

Cardiff has recorded the highest number of new positive tests in Wales over the last 24 hours (206) followed by Swansea (191) and Rhondda Cynon Taf (138). 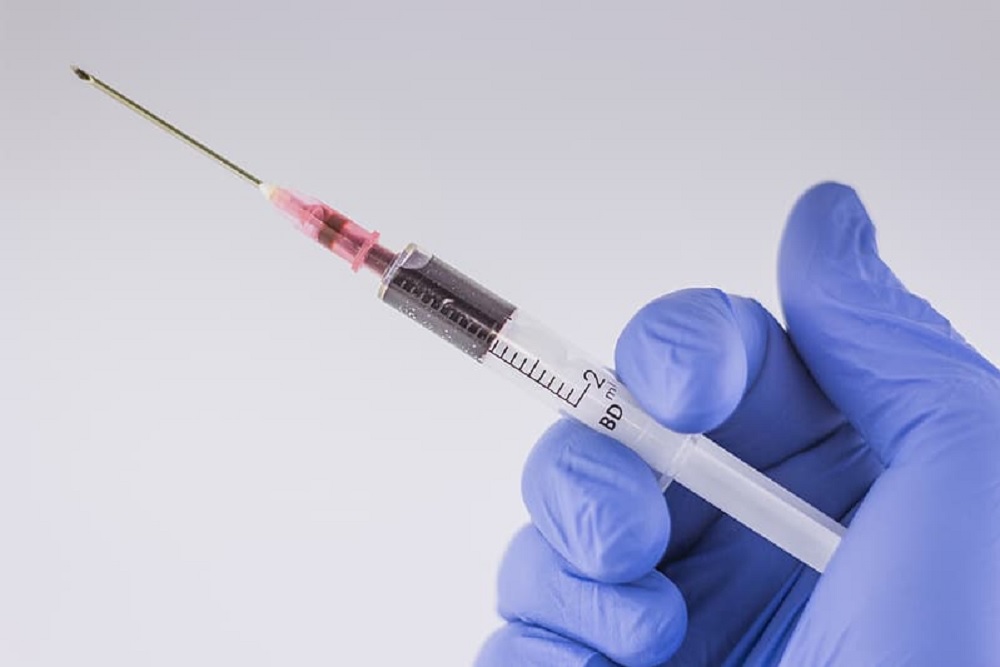 Covid-19 vaccinePublic urged to stick with restrictions despite vaccine approval

It’s no surprise that news today that the first Covid-19 vaccine – the Pfizer-BioNTech vaccine developed in Germany – has been approved by UK regulators for roll-out dominated this afternoon’s health questions.

Rhun ap Iorwerth MS (Plaid, Ynys Môn) was encouraged by the announcement, but it was now a question of distribution. Vaccines are not yet due to be given in care homes for practical reasons surrounding storage of the vaccine itself, while it’s suggested the Pfizer vaccine may not be appropriate in rural areas for the same reason.

Therefore, would access to the vaccine be properly equitable and does this undermine confidence in the vaccine’s distribution?

Health Minister, Vaughan Gething (Lab, Cardiff S. & Penarth), disagreed that it would. The Pfizer vaccine needs to be stored at -70C and there are a limited number of appropriate storage facilities. With more than 1,000 care homes in Wales, it wasn’t realistic to transfer vaccine doses in anything other than small quantities to prevent them thawing.

That said, the AstraZeneca-Oxford vaccine doesn’t have the same complicated storage problems and could make a bigger difference to house-bound people.

He reminded people that the NHS will issue invitations to a vaccination centre so they shouldn’t ask GPs or pharmacists. He also confirmed that Wales will get a population-based share of any batches for the UK (around a 5% share).

Shadow Health Minister, Andrew RT Davies MS (Con, South Wales Central) said it was a good news day after many dark days. He was, however, concerned that the press is already describing a card which will be issued to people who receive the vaccine as an “ID card”; did this card have any sort of legal status?

Additionally, he accepted the logic behind prioritising certain groups, but given the relatively small number of doses Wales will receive in the first batch (40,000, with two doses protecting 20,000 people), what was the train of thought behind allocating those first doses?

He expected “several million” doses will be available to the UK during December and ever part of Wales will receive some of our share of the first batch. There were no concerns about the potential impact of Brexit (the Pfizer vaccine is manufactured in Belgium) as doses will be flown in if there are any problems at ports from the 1st January.

The Minister also warned the public not to see the vaccine news as an excuse to break restrictions. 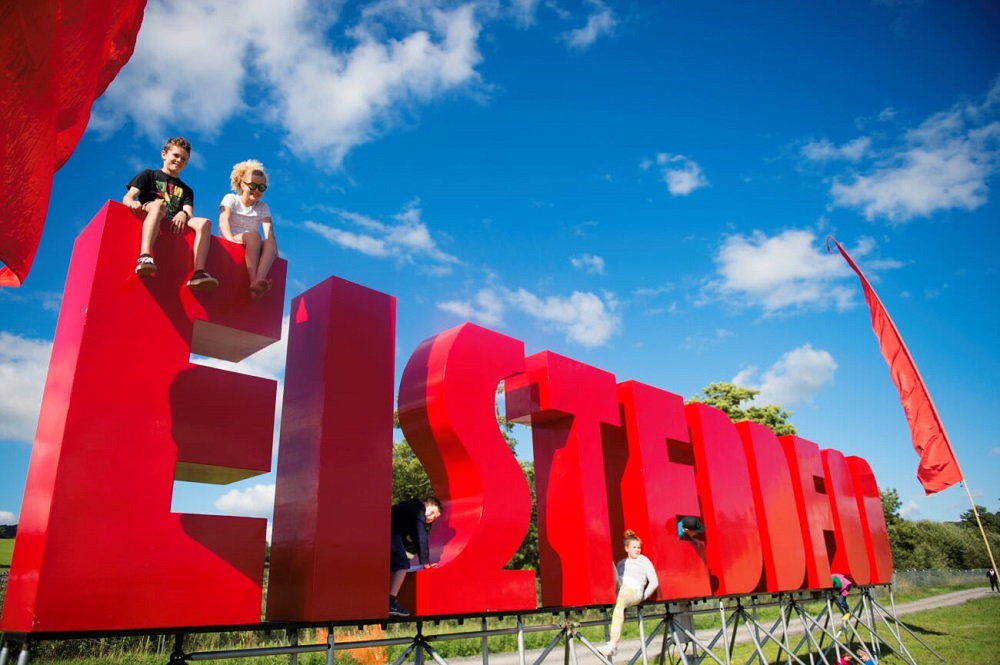 Many Welsh language organisations are reliant on holding regular events. The cancellation of the major Welsh language festivals (Urdd & National eisteddfodau) has had a negative economic impact on the communities due to host them, as well as suppliers and employees.

Despite being given £3.1 million in Welsh Government support, Urdd Gobaith Cymru say they’ve lost £14 million so far, resulting in half their staff being eventually laid off until activities resume. Mentrau Iaith hasn’t made any permanent redundancies yet, but up to 300 staff are on furlough, with some returning to work when childcare reopened.

The Committee recommended that funding – which has been cut in response to the Covid-19 pandemic – is restored to levels which wouldn’t detract from the Cymraeg 2050 policy.

One of the few positives to arise from the pandemic concerning Welsh was a greater digital reach. Many festivals which were cancelled face-to-face moved online and had high levels of engagement, such as the Urdd’s Eisteddfod T, National Eisteddfod AmGen and Tafwyl.

Additionally, more people have signed up for the Centre for Learning Welsh’s online taster courses during 2020 than the previous three years combined.

The biggest problem has been internet connectivity, which disproportionately affected rural areas and, subsequently, groups like Young Farmers’ Club. Face-to-face events were, however, still seen as important – particularly to avoid excluding older groups and those without internet or technology access.

The Committee applauded how organisations quickly adapted to changing circumstances but concluded that it wasn’t enough in itself to sustain Welsh-use in the community, as social activities remain a core reason for the existence of such organisations.

The Welsh Government has published its strategy to increase the number of electric car charging points available across Wales.

A proposed investment of £30 million over five years will be set aside to help achieve the aim that “by 2025, all users of electric cars and vans in Wales are confident that they can access electric vehicle charging infrastructure when and where they need it.”

A consultation on the strategy has also been launched, as part of the government’s efforts to support the switch to low emission vehicles.

The UK Government recently announced the end of the sale of new petrol and diesel cars in the UK by 2030.

Other steps to improve access to charging points include better provision at homes and offices, on-street fast charging being encouraged throughout Wales, and a rapid charging network being provided on main roads.

Ken Skates, Minister for Economy, Transport and North Wales said: “We are at the early stages of a transport revolution that will see the phasing out of petrol and diesel cars and vans. To tackle the climate emergency our transport system must become cleaner and greener.

“Electric vehicles is an emerging market but one that that will be integral to how we travel in the coming years. Improvements cannot be driven by government alone, and this strategy will support the public, private and third sector to work together in giving people confidence in using electric vehicles.”

A new campaign has been launched to increase awareness of the support available for both workers and businesses and improve knowledge and understanding of workplace rights and responsibilities.

The government has teamed up with partners, including the Wales TUC, FSB, CBI, South Wales Chamber of Commerce and other key partners, Acas and Citizens Advice, to highlight the importance of employers, workers and trade unions collectively working together to make workplaces “a better, safer and fairer place for all”.

As well as directing workers and employers to specialist information and advice, workers are being encouraged to join a Trade Union as the best way to protect their rights at work.

Employers meanwhile are urged to seek membership with a business representative organisation where professional advice and support can be sought.

Deputy Minister for Housing and Local Government, Hannah Blythyn, said: “Employment law can be highly technical and complex. For this reason, many workers and businesses in Wales are often unaware of either their rights or responsibilities.”

“Improving knowledge and awareness can give people more confidence and empower them to protect their rights, while employers will be able to access the support and advice they may need to stay within the law at this difficult time.”