The government has launched a new scheme that will enable parents doing jobs critical to Wales’ response to coronavirus free childcare during the pandemic.

The coronavirus childcare assistance scheme will enable councils to use funding from the Welsh Government’s Childcare Offer to support registered childcare providers to care for pre-school-aged children of critical workers. Children who are considered vulnerable will also be included in the scheme.

The changes will cover the next three months and provide care for children under five.

The existing childcare offer provides 30 hours of early education and childcare to the working parents of three and four-year olds for 48 weeks of the year.

The existing offer will be suspended for three months and replaced with the new programme.

The government will honour its commitment to continue to pay childcare providers for the hours of childcare already booked under the childcare offer for three months.

Deputy Minister for Health and Social Care Julie Morgan, said: “It’s of paramount importance that parents who are critical workers – those on our frontline – do not face barriers in the fight against Coronavirus.

We’re at a point where most families are caring for their children at home, so now it makes sense to look at what more we can do with our childcare funding, especially in support of those working on our frontline.”

Recommended use of PPE extended in revised guidelines, but concerns that this still isn’t enough

Following a rapid review of guidelines for the use of personal protective equipment (PPE) by frontline workers during the pandemic, the recommended use of PPE has been extended slightly – though it remains restricted to suspected and confirmed coronavirus cases.

The revised guidance – which was devised by Public Health England and will apply across the UK means:

Health Minister, Vaughan Gething (Lab, Cardiff S. & Penarth) said: “It is also important that the guidelines are followed properly and that PPE is used in accordance with the new guidance. For every piece of PPE kit used unnecessarily, a piece of kit will be unavailable to frontline staff caring for a patient or vulnerable person.”

Plaid Cymru believes an expansion of virus testing would compensate for shortages of PPE in the social care sector, as the new guidelines will require more PPE to be used despite reported supply shortages.

Rhun ap Iorwerth AM (Plaid, Ynys Môn) said: “We’re told by Government that things are in hand, but by the (social care) sector that they’re lacking in equipment and don’t know where it’ll come from. One care home manager told me ‘Sooner or later we will find ourselves with a resident who has Covid-19. How do I ask staff to care for that person if they don’t have protection?”

There was a small bit of non-coronavirus-related news in the last few days, with the publication of the Legislative Consent Motion (LCM) on the UK Trade Bill (pdf) – which will set out how post-Brexit trade agreements will be implemented.

International trade is largely a non-devolved matter. However, the Senedd will need to be asked for its permission to apply World Trade Organisation rules concerning government procurement and approve clauses in the Bill setting out how post-Brexit trade deals will be implemented – impacting areas which are the direct responsibility of the Senedd (i.e. agriculture and fisheries).

Due to the coronavirus pandemic, it’s unclear when or how AMs will get a chance to vote on the LCM. Though the First Minister recently stated that approving LCMs was a priority area as legislative work slows down during the emergency period. 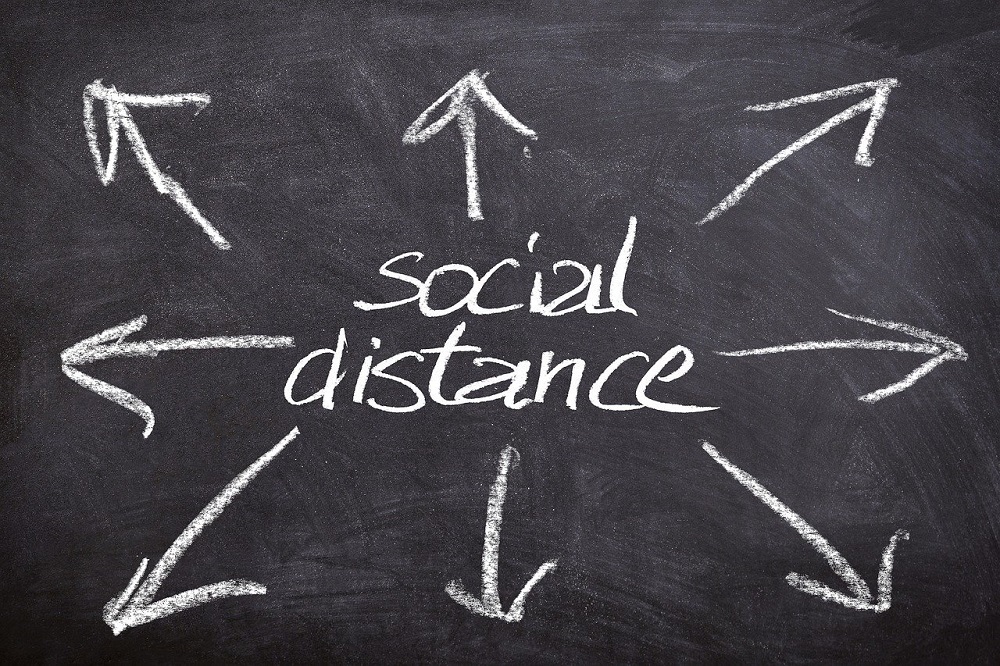 A series of amendments have been made to recent public health regulations in Wales which will see a 2 metre (6ft6) social distancing rule enforced in workplaces (regulations – pdf; explanatory memorandum – pdf).

The 2-metre rule is already enforced for customers visiting business premises which can remain open in Wales, with supermarkets already introducing disinfecting stations as well as extensive queueing and social distancing measures.

The regulations require that all people working “take all reasonable measures” to maintain a 2 metres distance between themselves and other people. This means that building sites, call centres and factories – where people cannot be reasonably expected to work from home – can remain operational. Guidance is set to be issued by the Welsh Government to employers imminently.

Some minor amendments have been made elsewhere, including the introduction of a strict 2-metre rule at burials, while agricultural suppliers and livestock markets have been added to the list of businesses which can remain open during the emergency period.