First Minister Mark Drakeford has rejected calls to send people who are staying at their second homes in Wales back to their primary addresses.

North Wales Commissioner Arfon Jones and Dyfed-Powys Commissioner Dafydd Llywelyn wrote jointly to Mr Drakeford on Thursday asking for him to award police powers to evict those not staying in primary residences during the coronavirus lockdown.

“It feels like communities in North Wales are being left behind and let down, and at a crucial time at that. The local population is understandably anxious about the prospect of rising infection rates, which is already predicted by the health board due to a later peak than in the more densely populated south of Wales. Our priority is to protect these communities.”

Speaking on BBC Radio 5 Live the First Minister said: “When people have travelled to Wales and are staying in second homes, you’ve got to think proportionately about these things.

“It would’ve been absolutely astonishing 10 weeks ago to be talking about evicting people from their own homes.

“I’m not yet persuaded that would in any way be a proportionate response to the small number of people that have done that [lived in their second homes during the lockdown]. It’s definitely not the right thing.”

Public Health Wales has confirmed nine coronavirus deaths over the last 24 hours. A total of 1,173 people have now died after testing positive for the virus in Wales. The total number of confirmed cases currently stands at 11,960. 1,421 tests were conducted yesterday. 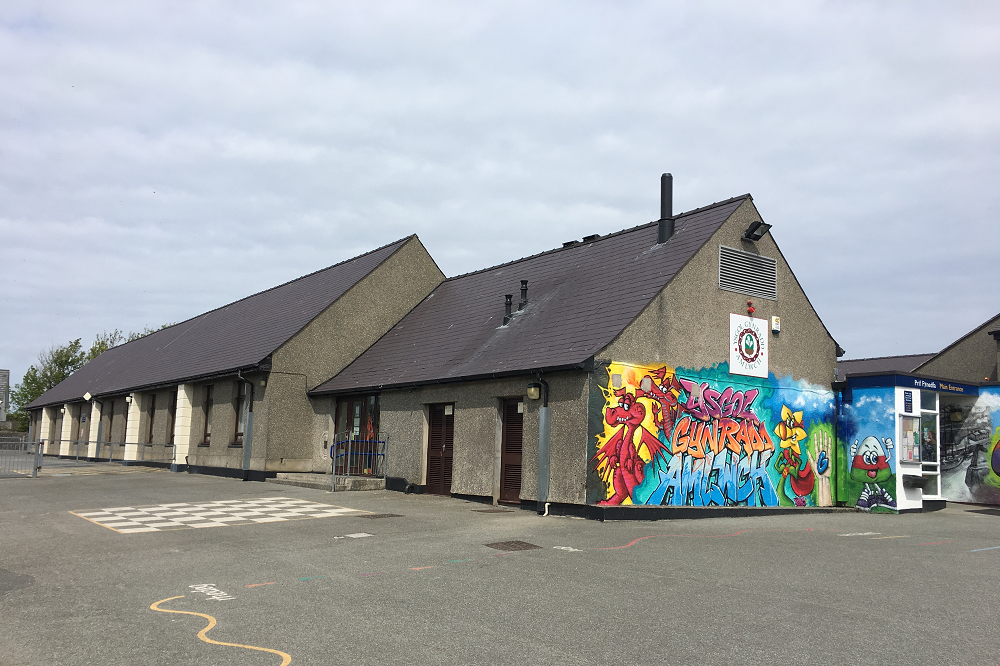 Education minister, Kirsty Williams, has published a framework for how schools in Wales could start to begin to return to normal.

Her announcement followed the publication of the government’s lockdown exit strategy earlier on Friday.

The minister stopped short of setting any firm dates for schools in Wales to reopen and says she hopes the document will be a “stimulus for wider discussion and feedback” on how social distancing and other measures will be implemented.

The UK government said earlier this week that it wants to see primary schools in England start re-opening from 1 June, sparking objections from parents and teaching unions.

The minister said: “Nothing would make me happier than seeing our classrooms full again. But I want to be clear that this framework does not – and I will not – set an arbitrary date for when more pupils will return to school. Setting a date before we have more evidence, more confidence and more control over the virus would be the wrong thing to do.

“This will not be one decision but a series of decisions over time. These changes will be complex, with many different considerations. I want the working document to be a stimulus for wider discussion and feedback.

“I am sharing this today to be as transparent as possible. I want everyone to know the extent of the issues related to the next phase.

“When we are ready to move into that next phase, I will ensure that there is enough time for preparation and for staff to carry out any necessary training.”

Plaid Cymru leader Adam Price has welcomed the Welsh Government’s cautious approach to easing the coronavirus lockdown, following the publication of its exit strategy on Friday afternoon, but called for more detail on how it proposes to end the threat of community transmission.

He also stressed any exit strategy for Wales should focus on driving down the R number to reduce number of avoidable deaths to zero and to “eradicate” new cases rather than simply “managing” them.

Mr Price said: “Whilst a cautious approach is a welcome approach, the Welsh Government’s exit strategy is thin on detail when it comes to ending community transmission. Plaid Cymru maintain that any exit strategy for Wales should mirror the model adopted so successfully by New Zealand and that all efforts be focused on driving down the R number to reduce the number of avoidable deaths to zero and to eradicate new cases rather than simply managing them.

“Once the number of new cases has been successfully suppressed nationally, the Welsh Government should consider a more local approach, with the ability to re-impose lockdown measures quickly in response to the emergence of new clusters. There doesn’t seem to be any clarity on this issue in this document.

“We cannot ease restrictions safely until a comprehensive and localised testing and tracing program has been put in place. The onus will fall on the Welsh Government to urgently change gear on testing and tracing to allow us to move safely on to the next phase on the path to recovery.

Paul Davies MS, the Leader of the Welsh Conservatives in the Welsh Parliament, denounced the Welsh Government’s plan calling it “… a roadmap to a cul-de-sac, not a roadmap to recovery”.

Mr Davies said: “Earlier this week I called for a plan to lift the lockdown in Wales to give people hope for the future.

“Today the Welsh Labour Government has published a hope-less plan which fails to set out a tentative timetable for lifting the significant restrictions currently imposed on the people of Wales.

“Far from being the roadmap to recover which I requested, this amounts to a roadmap to a cul-de-sac. We need to begin to unlock society, but Mark Drakeford seems to have lost his keys.”

15% of all deaths in Welsh care homes involved Covid-19

New figures from the Office of National Statistics have revealed that more than a quarter of all deaths of care home residents in England and Wales since the beginning of the coronavirus crisis involved Covid-19.

In Wales, including deaths notified up to 1 May 2020, there were 3,206 total deaths of care home residents notified to the Care Inspectorate of Wales. 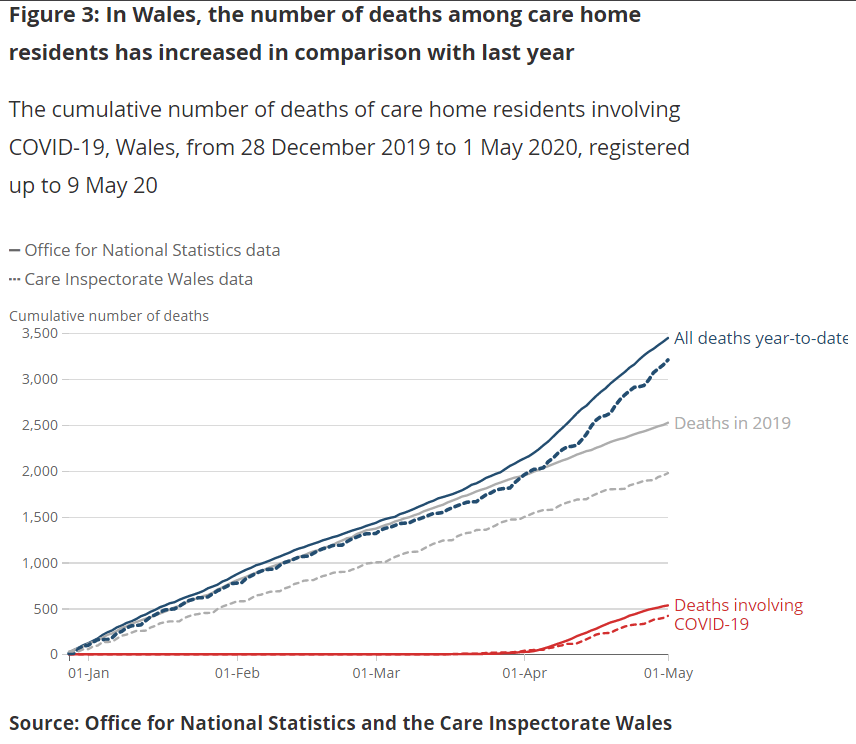 The ONS has reported that there were 3,445 deaths of care home residents in Wales occurring in the same period that were registered by 9 May 2020. In Wales, the CIW reported a total of 504 deaths involving COVID-19 up to 8 May 2020, 15% of the overall total. 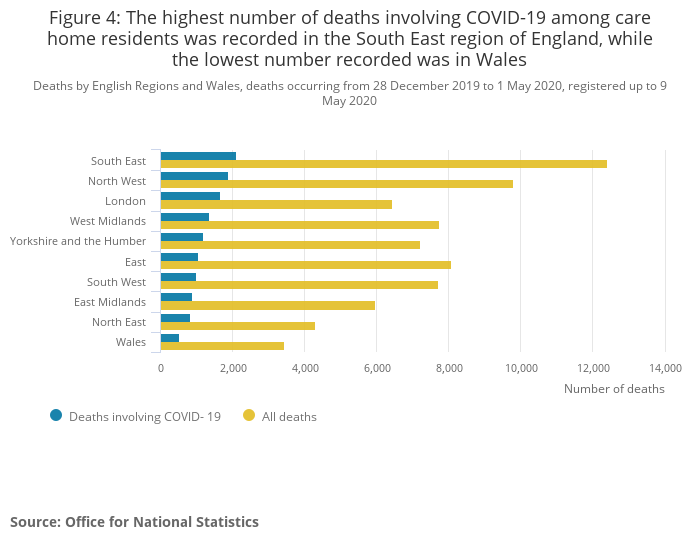 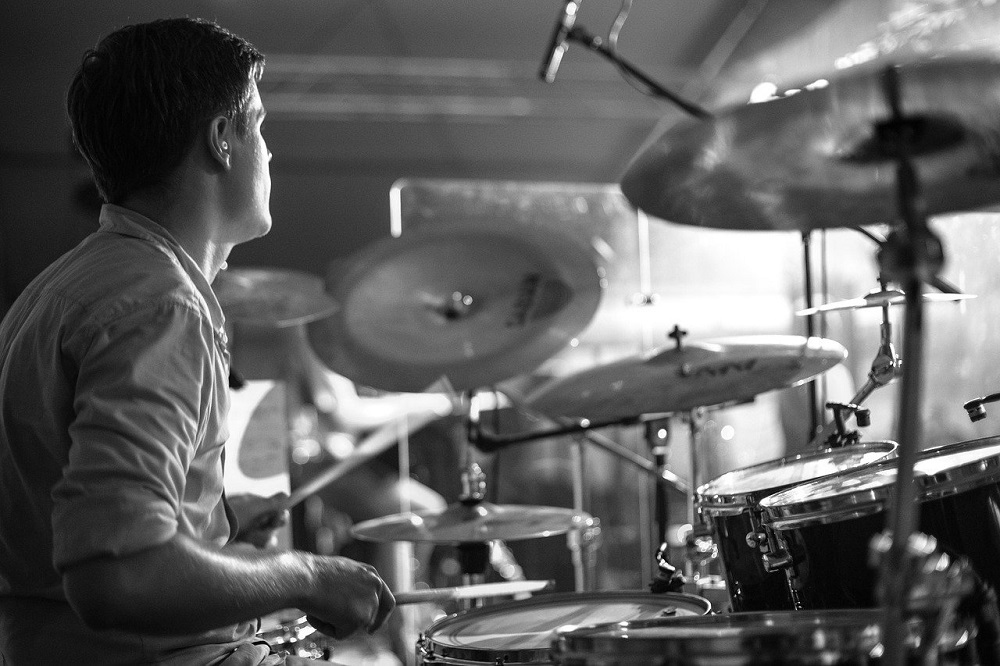 A total of £401,551.39 of support has been given to 22 grassroots music businesses across Wales to assist the music industry during the challenges caused by the coronavirus outbreak.

The funding announced by Creative Wales is part of the Welsh Government’s £18 million support for the cultural sector has now been fully allocated.

Highlighting the problems for the sector and the impact of the support Samantha Dabb, Venue Manager – Le Pub and Welsh Coordinator of Music Venue Trust said:”We cancelled over 50 gigs in the first three months alone. Our workshops and classes are all stopped. After 4 weeks we were able to open up running a hot food and alcohol delivery service but it’s not enough to pay the bills. We miss our regulars and gigs and being able to make people happy.

“The fund has rescued us and being recognised for the somewhat unique services that we provide was so reassuring when it seemed that we would fall through the safety net. We have diversified the business in recent years introducing new services such as backline hire for events. We are always considering other ways of doing so and will continue to once we are out of this current situation.”

‘Normal service has been resumed’?!

How can visitors to holiday homes justify seeking any medical treatment in that location in the present circumstances?

Grants to entertainment grass roots while many wealth generating small businesses miss out.. Somehow I think that not many of our Welsh Govt ministers are interested in the Economic well being of Wales.
Increase the fines on those travelling without good reason – for the common good, keeping Wales healthy and income generation

“Increase the fines of those travelling without good reason” I agree entirely, the fines are next to nothing in this day and age, let’s face it, these people can afford two homes and they will not worry about the odd £30 – 60 here and there. That is if they are caught and fined, in the first place. There needs to be a deterrent, something that kicks them in the pocket and makes them think, at least twice, before they decide to risk it. If the Senedd opted for a fine of, say, £1000 for a first offence, increasing on… Read more »

Which wealth generating businesses? The Creative and Cultural sector in Wales turns over £2.2Bn a year and employs more than the 7 biggest private sector companies put together, it is enormous. The total grants of £18M amount to peanuts when just the basic single person dole for those employees would be £225M a year.

I agree that fines need to be levied and possibly raised but again, they are peanuts. Only about 1500 have been fined and no matter how large the fines the total is still minuscule.

Of that incredible £2.2billion you mention, what proportion is public funds of one form or other.

A tiny amount. Arts Council Wales total budget a year or two back was £31M.

Evicting people from their property is a very serious decision. However, someone living in a second home for this length of time,i.e. eight weeks and counting so far, cannot claim it is a business; it is their domestic property and should be treated as such for council tax purposes.

In Jersey, such “net worth individuals” would be expected to pay around 125,000 GB pounds per annum for tax revenues, on a sliding scale. This is the direction Wales should go up to and after Independence. Wales should aim for high quality residents now and in the future.

Mark drakeford, where does all this forelock tugging to English nationalism get you? A cushy job I suppose

This would not be ‘eviction’, and second home owners are not tenants. It is a public health issue, and they should have been made to go home. The heddlu do, however, have the authority to send people who come to Air B+B places home if they arrive during the lockdown.

Since Wales has, thanks to Mark Drakeford’s cop-out, now lost that battle regarding second homers who managed to avoid being turned back, he should certainly authorise a substantial increase in the minimum fine for any future offenders.

Mr Drakeford has endorsed the powers of Welsh police forces to compel people, on pain of a penalty, to turn their cars around and return to their primary homes, and yet he sets his face against compelling a return home on those lucky enough – or maybe cunning enough – to evade the eye of the law and reach their holiday home destination.

Where on earth is the logic there? The message which it conveys is that the prohibition isn’t serious, but rather that it’s mere tokenism.

Clearly Mark Drakeford cares little for anywhere other than SE Swales. Now with all four Police forces and commissioners having urged him to raise fines, he still chooses to do nothing to protect us. A view to me reinforced by his unyielding defence of Gethin’s absurd incompetentcies.

Allowing labour to form a majority Welsh government yet again is a very depressing thought.