First Minister Mark Drakeford has ruled out reopening sports stadiums to fans in Wales in the autumn.

The UK Government confirmed plans on Friday morning for spectators in England to be allowed to return in October.

Speaking at Friday’s press briefing Mr Drakeford said the Welsh Government “haven’t had discussions yet about bringing large crowds of people back together”.

“It wouldn’t be sensible to be doing that,” he said.

“I think we’re learning today that the UK government intends to pilot the possibility of bringing crowds back to stadiums, and I’ve spoken to [Cabinet Office minister] Michael Gove about that this morning, and reached an agreement that we will learn from the results of those pilots.”

“It’s not the stadium itself or the organisation inside the stadium that may be the issue,” he added.

“It will be how people get to the stadium, how they behave on the way in, how crowds gather around the stadium when things are going on inside the stadium where it’s all very carefully and tightly organised.”

His comments are likely to fuel speculation that Wales will play up to four matches at Twickenham and the rearranged Six Nations clash with Scotland at London Stadium in the autumn.

The WRU are reportedly in advanced negotiations to play in England with the Principality Stadium set to be on standby as a field hospital.

It’s not clear yet what impact the move could have on Welsh football teams that play in the English pyramid, including Cardiff City, Swansea City and Wrexham.

Mr Drakeford also indicated the government’s advice for people to work from home if possible is not changing.

Prime Minister Boris Johnson said on Friday morning that it will be up to employers in England to discuss with workers whether it is safe to return to their workplace from 1 August and scrapped advice to avoid public transport in England.

The prime minister said: “It is my strong and sincere hope that we will be able to review the outstanding restrictions and allow a more significant return to normality from November, at the earliest, possibly in time for Christmas.”

In contrast, Mr Drakeford said he did not want to see people returning to offices “in the way we did before coronavirus”.

“I think that’s been a positive lesson we can draw from coronavirus.

“I will not be doing things to undermine our ability to learn from those lessons in Wales.”

Public Health Wales has confirmed 16 new cases of Covid-19 in the last 24 hours. The total number of cases in Wales now stands at 16,887.

One more person has died due to the virus, taking the total number of deaths in Wales to 1,546.

There were 3,409 tests for coronavirus conducted on Thursday.

Public Health Wales has reported that infections are continuing to slow at three food plants.

Outbreaks were declared last month at Rowan Foods plant in Wrexham and the 2 Sisters factory in Llangefni.

There were also a number of Covid-19 infections at the Kepak meat processing plant in Merthyr.

In Wrexham there have been four new cases in the last week, taking the total number of infections at the plant to 309.

Dr Giri Shankar, Incident Director for the Covid-19 outbreak response at Public Health Wales, said the outbreak associated with the workforce at Rowan Foods “remains active” although the number of reported cases has slowed down considerably.

“There is no evidence that these infections were acquired either onsite or that the infection is factory-based,” he added.

Confirming the total number of infections since April at Kepak now stand at 139,  Dr Shankar said: “This is not unexpected; although there are low levels of infection in the community, the infection has not entirely gone away and more cases should be expected before we are able to eradicate infection. In addition, focused testing as part of the management of clusters and outbreaks of Coronavirus will inevitably identify new cases.

“If we look at other data such as hospital admissions or bio surveillance indicators, there is no evidence of a surge of infections in the wider community in Merthyr.”

“The picture emerging from the 2 Sisters factory in Llangefni continues to improve.  The total number of positive cases associated with the outbreak is now 221, which is to be expected when any focused testing process is put in place and is not a cause for concern.”

Economy Minister Ken Skates has revealed that the Welsh Government’s Economic Resilience Fund (ERF) has supported more than 9,000 businesses in Wales since it was launched, protecting close to 75,000 jobs.

The fund, launched at the end of March as the pandemic struck, has so far paid out £150 million of grants to help businesses deal with the impacts of coronavirus. Almost £138 million of that support has gone to Micro and SME firms.

The ERF is part of the Welsh Government’s £1.7 billion package of support for business.

This also includes more than 65,000 awards worth £750m of business rate relief to help them respond to financial challenges due to the pandemic.

The second phase of the ERF, which closed on Friday 10 July, extended support to non-VAT registered limited companies and businesses that started after March 2019.

A separate £5m fund established to specifically to support start-up firms not helped by the UK Government’s Self Employment income support scheme remains open for applications. The grant scheme will support up to 2,000 start-ups in Wales with a grant of £2,500 each.

Mr Skates said: “Coronavirus has placed unprecedented pressures on the business community, and the Welsh Government has done everything in its power to provide practical and financial support. We established the ERF to plug the gaps left in UK Government support and I am pleased the fund is supporting so many firms that could have been left behind.”

“Whilst we recognise the economic interventions made by the UK Government so far, particularly the Job Retention Scheme, now is the time for them to re-double their efforts and deliver the further financial support that businesses and our economy need to recover from this pandemic.”

Campaigners against the dumping of sediment, dredged as part of building work for the Hinkley Point C plant, off the coast of Cardiff, are calling for wider membership of a new panel appointed by the government to consider the impact on Wales of the construction of the nuclear power plant in Somerset.

In October 2018, in answer to a press question about the possible dumping of mud from Hinkley Point, Mark Drakeford, now First Minister, committed himself, if he were elected Welsh Labour party leader, to establish an independent expert committee to provide advice on all matters relating to the proposed development at Hinkley Point.

Membership of the panel was announced last week, and they will meet for the first time on 20 July.

The group will be chaired by Jane Davidson, the vice chancellor emeritus of the University of Wales Trinity St David, and includes:

In February EDF Energy applied to National Resources Wales to deposit up to 780,000 tonnes of mud dredged as part of building work for the facility on the site of the decommissioned Hinkley Point A nuclear power plant.

Geiger Bay, a non-partisan coalition of organisations, individuals, experts, and scientists, formed in 2018 to oppose sediment from the plant being dumped off Cardiff Bay, and say there is evidence of plutonium contamination at the site and in the mud.

Despite protests and a Senedd debate, the company was given the green light to dump over 100,000 tonnes of mud in October 2018.

Geiger Bay subsequently restarted its campaign when the new application came to light.

The group says the expert panel has a lack of knowledge of radioactivity issues in estuaries: human radio biology; sea to land transfer; nuclear reactors and nuclear waste.

Mag Richards, of Welsh Anti-nuclear Alliance said: “Geiger Bay welcomes Jane Davidson as chair, as this underlines the importance of the issue for Wales and the Welsh marine environment.  However, ours is a cautious welcome as we see serious gaps in the science from NRW.  Civil Servants have determined that the committee cannot consider issues in the NRW’s licensing process. This completely negates Mark Drakeford’s promise that a committee would consider all matters relating to Hinkley Point.

Geiger Bay believes the whole process is void, unless the committee includes licensing issues, there are co-opted members, and the views of the community are considered. “ 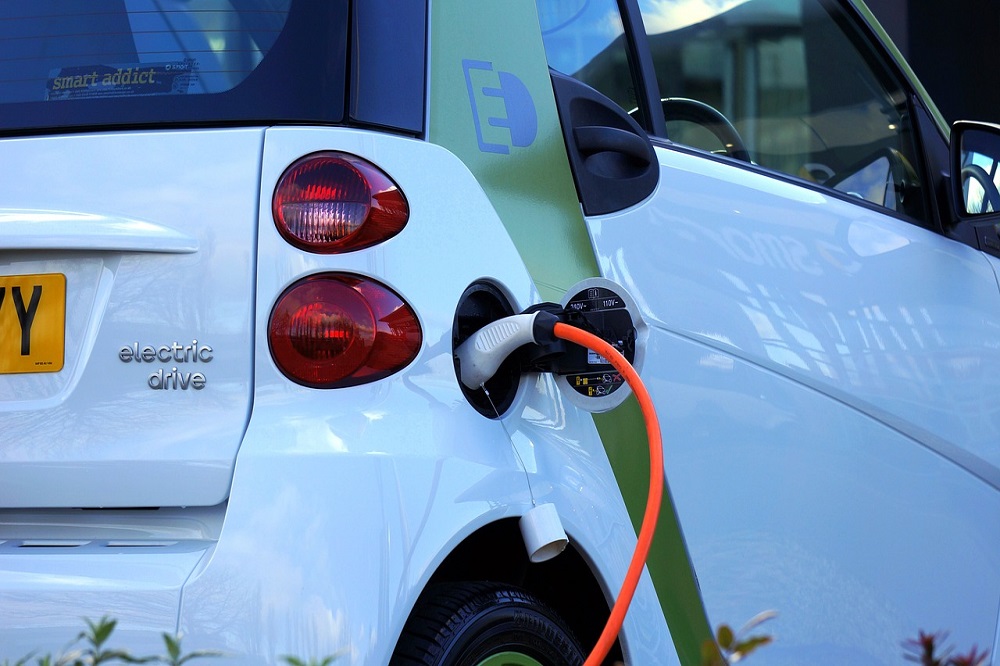 Photo by MikesPhotos from Pixabay

Battery company plans £1.2 billion factory in the Vale of Glamorgan

Startup firm Britishvolt, has signed a memorandum of understanding with the Welsh government ahead of signing a lease for the former Royal Air Force base at Bro Tathan business park in the Vale of Glamorgan.

The battery manufacturer is seeking to raise funds through equity, debt and possibly government grants to build the UK’s first gigafactory to make batteries for electric cars on the site.

Britishvolt hopes to start building the £1.3bn factory in the second quarter of 2021, creating up to 3,500 jobs in the area.

The company also intends to build a 200MW solar power plant at the site to supply the factory and reduce its carbon footprint.

First Minister Mark Drakeford told BBC Radio Wales: “There are important things still to do, including convincing the UK government to provide funding through its automotive transformation fund, but it is an important step on the journey and we are very encouraged by it.”

The agreement is not legally binding but the company, that had also been considering a site in Coventry, told BBC Wales it was now only considering the St Athan site for the project.