Wales’ Chief Medical Officer Dr Atherton says health boards are set to meet their target of 12,000 vaccinations by the end of next week as the Pfizer-BioNTech COVID-19 vaccine is rolled out across the country.

Close to 3,000 people received the vaccine in the 48 hours after the programme got underway on Tuesday.

Dr Atherton described the new vaccine as “a real breakthrough”, adding: “But I don’t want anyone to think this means the pandemic is over.”

“We know that the vaccination will protect people from getting serious illness”.

“That will only become apparent over time. It means that all of those measures that we’ve talked about so many times really have to continue to be in place here in Wales and across the UK – social distancing, respiratory hygiene, hand washing, the hands, face and space messages are really still vitally important to us all.”

The number of patients with COVID-19 currently being treated in hospital in Wales is the highest since the start of the pandemic.

Figures released by NHS Wales have confirmed there were 1,936 patients with coronavirus in hospital beds on Wednesday, 153 higher than last week.

Aneurin Bevan Health Board has 592 Covid patients in its hospitals, the highest in Wales.

Four of the five local authorities covered by the health board, Blaenau Gwent, Newport, Caerphilly and Torfaen, currently have weekly infection rates over 400 per 100,000 people

Covid-19 patients make up about 24% of all patients in hospital. This compares with about 18% at the end of May.

NHS Wales said Covid admissions had “generally decreased” since the start of November.

Today’s figures from Public Health Wales report a further 33 people have died with coronavirus, taking the total number of deaths in Wales since March to 2,789.

There were nine deaths in both the Aneurin Bevan and Swansea Bay health boards, six were reported by Cwm Taf, five in Cardiff and Vale, and two in both Bestsi Cadwaladr and Hywel Dda.

The highest number of positive tests for the virus were in Swansea (247) followed by Rhondda Cynon Taf (245) and Cardiff (173).

Majority of MSs back hospitality sector restrictions, but formally demand evidence is published

Originally there was going to be a binding vote on Covid-19 restrictions Tuesday (8th Dec), but due to the technical issues which resulted in the Senedd suspending for the day, it was combined with the Conservative-tabled debate for Wednesday (9th Dec) afternoon on exactly the same topic.

As the binding vote takes precedence (because it actually means something), I’m focusing on that one.

According to Health Minister, Vaughan Gething (Lab, Cardiff S. & Penarth), any gains from the firebreak lockdown have now been lost. There was increasing evidence of the role of hospitality and social gatherings on increasing transmission of Covid-19 and the Conservative and Plaid Cymru health spokespeople have been offered briefings on that evidence.

The Minister didn’t believe extending alcohol sale restrictions to supermarkets was proportionate; the issue was more about behaviour and limiting social contact. The Conservatives have called for what they describe as a “targeted approach” but haven’t set out what they mean by that.

Many of the arguments for and against the restrictions have been well-rehearsed over the last few weeks in the chamber.

The core criticisms include: whether hospitality restrictions are proportionate (i.e. alcohol sale restrictions should be eased); whether they’re fair on businesses in areas with low numbers of new cases; as well as inherent contradictions (i.e. being able to have a non-alcoholic drink with a meal in a restaurant but not an alcohol one).

Several members called for evidence justifying the restrictions to be published – which was approved as a Conservative amendment. Darren Millar MS (Con, Clwyd West) also believed holding binding debates after the regulations had already come into force disrespected the Senedd.

The motion was carried 38-9 with 10 abstentions.

From today schools in Blaenau Gwent will be adopting a blended learning approach and moving learning online until the end of term on December 18.

Of 25 schools across the county borough, 19 have been affected by coronavirus cases in the past week alone.

The county borough council’s director of education, Lynn Phillips, said the “number of pupils self-isolating in the past week has increased drastically”.

In addition to the 1,300 pupils, there are currently 66 staff members self-isolating, which has impacted “opportunities to provide face-to-face learning”.

Mr Phillips said the decision to move to remote learning was based on the evidence.

Blaenau Gwent currently has one of the highest infection rates in Wales. Yesterday the county borough reported 74 additional cases according to Public Health Wales and the infection rate currently stands at a seven-day rolling average of 574 cases per 100,000 people.

The executive member for education Cllr Joanne Collins said that there has been “unanimous support for the decision from head teachers”.

She said: “This is especially welcome in the Tredegar cluster which we know have been hit particularly hard.

“I remain absolutely resolute that this is the right move for BG in the circumstances.”

The leader of the council Cllr Nigel Daniels said the decision was “unanimous” and it was the right one for the county borough. 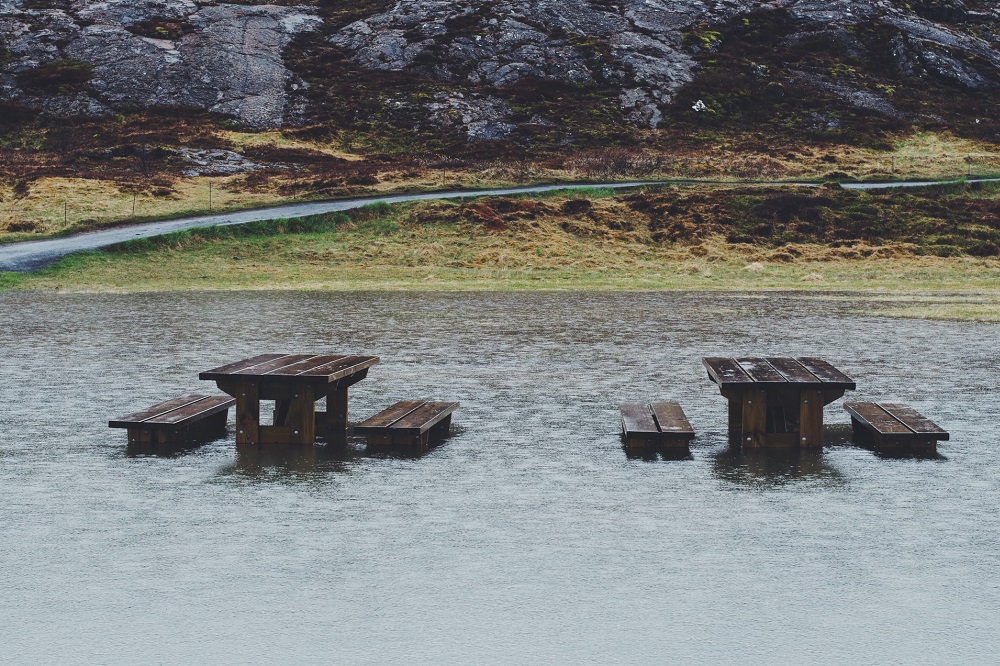 P-05-1010 “An independent inquiry into the 2020 flooding in Rhondda Cynon Taf so that lessons are learned”
Submitted by Cllr. Heledd Fychan
Signatures: 6,017

Chair of the Petitions Committee, Janet Finch-Saunders MS (Con, Aberconwy), said many members of the committee were moved by the terrible stories of those who were affected by the February 2020 flooding (which, it’s worth pointing out, hit RCT hard but also affected the Conwy Valley and Caerphilly particularly badly too).

The petition calls for a full independent public inquiry into the flooding so that necessary steps can be taken to prevent it from happening again in the future. The statutory report (Section 19) carried out by RCT Council and other bodies (presumably Natural Resources Wales) had limitations because the authorities were effectively investigating themselves.

A public inquiry would also consider the wider issues, including the economic and health impacts as well as the implications of the climate emergency.

Andrew RT Davies MS (Con, South Wales Central) thought improvements could be made to flood warning systems, which failed on several occasions this year, as well as maintenance of culverts and alike.

Leanne Wood MS (Plaid, Rhondda) said it was no surprise that people lack confidence in the system when authorities investigate themselves. There was too much buck-passing, while opponents shout down a public inquiry due to the cost and time involved – but you can’t put a price on giving people peace of mind.

Mick Antoniw MS (Lab, Pontypridd) made that very argument – despite the good intentions behind the call, statutory public inquiries take time and are expensive. It was unlikely to add much to what we already knew happened. Considerable repair work has been undertaken by RCT Council and the Welsh Government. It was time for the UK Government to make good on their promise of up to £80 million in relief funding.

In response, Environment, Energy & Rural Affairs Minister, Lesley Griffiths (Lab, Wrexham), listed the sums of money awarded by the Welsh Government to deal with the aftermath.

She agreed no the need to learn lessons, but thought criticism of the Section 19 reports denigrated the professional integrity of those who undertook them. The threat from flooding hasn’t been downplayed and Natural Resources Wales has concluded that the conversation about flooding should continue.

The Minister seemingly neither ruled-in nor ruled-out a public inquiry in the future, but thought there was enough evidence available to form an opinion. Any new evidence would be welcome but is yet to be presented.

The Senedd unanimously noted the petition.

Given the importance of the first 1,000 days play in child development, Lynne Neagle MS (Lab, Torfaen) described the decision not to prioritise the welfare of new mothers and babies as “inexplicable”.

While there were already gaps in perinatal mental health services in Wales, restrictions introduced as a result of the Covid-19 pandemic has made matters worse, with parents denied a basic level of dignity by being required to photograph infections or discuss breastfeeding over Zoom.

One of the main issues that have emerged is bans/restrictions on birth partners being allowed to attend maternity appointments and births. While these restrictions have now been partially relaxed (subject to circumstances at different hospitals), Leanne Wood MS (Plaid, Rhondda) noted that dealing with parenting matters generally is a strain, but when things go wrong being by yourself is even worse.

One member with direct experience of maternity services during lockdown was Bethan Sayed MS (Plaid, South Wales West). When people were allowed to go to restaurants and pubs with friends, she and many other women were alone on maternity wards. Fathers or partners weren’t allowed to bond with their child or help the mother during the first few days. She was rarely asked how she was.

While the Welsh Government claims to be a feminist government, their actions have tested that description to destruction. She called for the rules to be changed to prevent we don’t face a mental health crisis further down the line.

In response, Health Minister, Vaughan Gething (Lab, Cardiff S. & Penarth), understood the importance of the first 1,000 days. That said, everything has to be as flexible and practical as is realistically possible during the midst of a global pandemic.

Difficult choices have had to be made and some restrictions which remain in place – such as one visitor being allowed with a baby at any given time – are necessary to maintain social distancing. The impact of the pandemic on mental health continues to be monitored, while peer support meetings for new parents can take place to help reduce social isolation.

Mick Antoniw said he genuinely feared being assaulted following the altercation and accused McEvoy of attempting to distract from the Standards Committee’s findings.

The motion to suspend McEvoy was approved by 45 votes to 6 with 2 abstentions.