Senedd roundup: Heath board warns of surge of hospital admissions within weeks

A joint statement from council leaders, health officials and the police in Cwm Taf Morgannwg University Health Board has warned of a surge of hospital admissions in the area within “a matter of weeks” and called on residents to help halt “the rapidly declining coronavirus situation before the numbers get out of control”.

Dr Kelechi Nnoaham, Director of Public Health for Cwm Taf Morgannwg University Health Board, said: “It is hugely disappointing that we are in this place despite the increased measures and the local restrictions put in place in Rhondda Cynon Taf last week. Over the past seven days, there has been a sharp increase of cases within the borough of Bridgend and the situation in Merthyr Tydfil has also been closely monitored.

“Frustratingly, some people who have not followed the guidelines, are still not following the guidelines – letting their guard down, especially when they are with people they know well. That has to stop.

“The virus does not just affect the elderly and vulnerable. It can affect any of us. The rise in cases in the 40+ age group shows that transmission is occurring between close contacts; that’s between friends and family members.

Andrew Morgan, Leader of Rhondda Cynon Taf County Borough Council added: “The situation described by the Health Board demonstrates the concern of this Council and partners on the continued rise and prevalence of the virus in our communities.

“Health professionals, from nurses through to doctors are now facing the reality of the significant increase in the number of cases over the last fourteen days which led the Welsh Government to apply additional restrictions in Rhondda Cynon Taf, and which is now sadly resulting in a continued increase in COVID-19 positive hospital admissions. The evidence highlights the rise in cases in the 40+ age group and shows that the virus is not just affecting the elderly or vulnerable.

“It is clear that our social behaviours need to change, as transmission continues to occur between close contacts, and friends and family members, who are not adhering to social distancing requirements

“Unless we all take responsibility and act now, this situation will worsen and will place further pressures upon our NHS, at a time of year, which in normal circumstances automatically creates additional pressures for the NHS.”

The increase in new cases is continuing to gather pace with 380 confirmed in the last 24 hours.

The highest number of new infections are in Rhondda Cynon Taf (93) where 298 people have tested positive for Covid-19 in the last seven days.

The positive proportion of tests per 100,000 has now jumped to 8.2% in RCT but Blaenau Gwent, where 47 cases have been recorded in the last day, has the highest rate in Wales at 10.1%.

Merthyr Tydfil recorded another 24 confirmed cases and has the highest infection rate in the last week at 137.6 per 100,000 people.

Bridgend has seen a rapid increase in cases in the last seven days and recorded 29 new infections, taking the total to 106 and has a positive test rate of 6% Elsewhere, Swansea has 37 cases and Cardiff 35.

The recent spike in cases has taken the positive proportion of tests across Wales to 4.1%. Last week Health Minister Vaughan Getting indicted that could be the trigger for a national lockdown.

Since the start of the pandemic 1,605 have died due to the virus and the total number of people to test positive for Covid 19 is 21,548.

9,610 tests were carried out across Wales yesterday.

Welsh Conservative Shadow Health Minister Andrew RT Davies has called on the Welsh Government to consider introducing “hyperlocal lockdowns” to slow the rapid increase of Covid-19 infections across the country.

Public Health Wales has also confirmed that Cardiff, Vale of Glamorgan, Swansea, Carmarthenshire, Anglesey, Conwy, Denbighshire and Flintshire are being closely monitored by health officials as the number of coronavirus infections continues to climb across the country.

“It is of course a very concerning time for many people, especially those in the six counties in South Wales that have had local restrictions put in place, and the other counties under threat of the same,” Mr Davies said.

“All through this pandemic, we Welsh Conservatives have said that the measures taken to combat the spread of Covid-19, from the earlier lockdown to local lockdowns to the ‘rule of six’ and to the compulsory wearing of face coverings in shops, must be proportional to the risk, and with time limits.

“However, it’s time to consider hyperlocal lockdowns based on the best available data – which means that the Test, Track, and Protect scheme must be equally hyper-accurate – so that as little of Wales and its economy as possible is closed, even temporarily.

“Safeguarding lives as well as livelihoods, and sheltering the economy, must remain the priorities.”

No details yet on arrangements for £500 quarantine payments

During yesterday’s national address, the First Minister announced that – in line with England – £500 would be given to those on low incomes who need to quarantine during the second wave of Covid-19.

Being a fairly big commitment, Rhun ap Iorwerth MS (Plaid, Ynys Môn) asked for further details – given the issues with the Welsh Government’s £500 bonus for care workers, which resulted in problems over being subject to tax by the UK Treasury.

As you might expect, the Minister didn’t have details at hand yet, but there were options being worked on.

“The First Minister talked about the potential for using the discretionary assistance fund as a mechanism for that, other options are available and are also being considered. And also looking in detail at what the eligibility criteria will be as well. So, I’m afraid I can’t give you all of those details today because some modelling work is being undertaken by Welsh Treasury on that, but as soon as we do have more details about the scheme, obviously, I’ll be very, very keen to share that.”
– Finance Minister & Trefnydd, Rebecca Evans

Procurement arrangements “could be strengthened”

One of the issues that’s bubbled in the background in Welsh public policy for a decade or so is public procurement. Pointing to several previous reports from the Auditor General, Shadow Finance Minister, Nick Ramsay (Con, Monmouth), said it raised questions about the governance arrangements for procurement given some high-profile failures.

“Unfortunately, as you know, the Auditor General’s reports concluded that public bodies are not using (National Procurement Service) frameworks as much as was originally anticipated, whilst the council procurement for Job Support Wales was a high-profile procurement failure that brought into question the Welsh Government’s commitment to be an exemplar of best procurement practice.”
– Shadow Finance Minister, Nick Ramsay MS

Finance Minister & Trefnydd, Rebecca Evans (Lab, Gower), confirmed that a revised Welsh public procurement strategy is currently in development, building upon the close working between the Welsh Government and other public bodies during the Covid-19 pandemic.

Additionally, in a separate piece of work, areas of procurement which result in money being spent outside Wales have been identified in order to develop plans to drive up spending with local companies and suppliers. More news on this is due by the end of September. 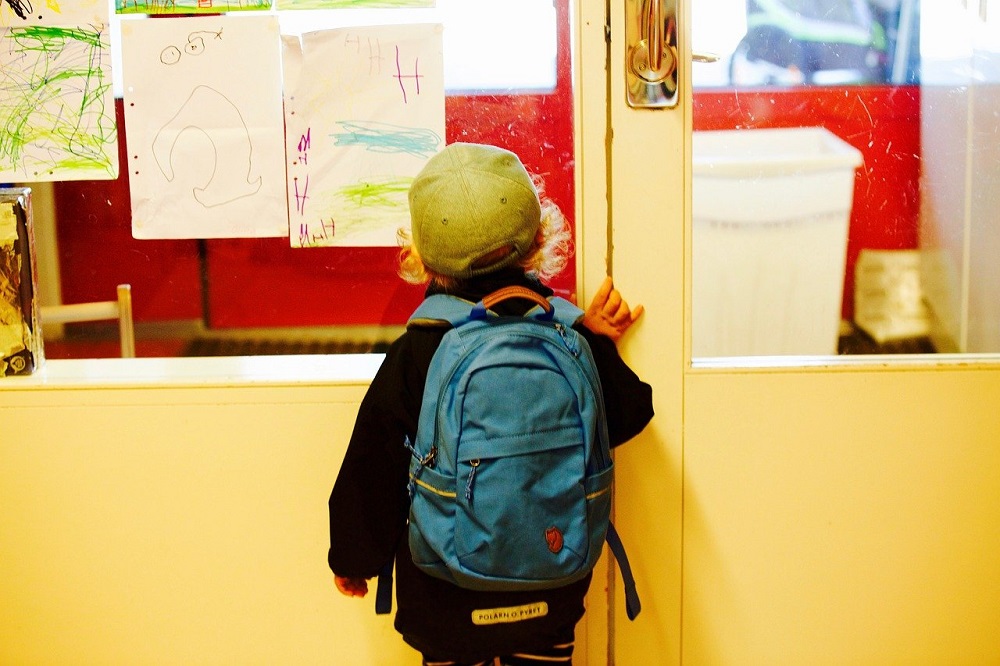 Photo by AURELIE LUYLIER, You’re Welcome! from PixabayChildcare offer reopened to applications, but concerns nurseries are missing out on financial support

Another area hit hard by the coronavirus pandemic is childcare. In a statement to MSs yesterday, Deputy Minister for Health & Social Services, Julie Morgan (Lab, Cardiff North), said that during the peak more than half of all childcare providers in Wales closed.

Many have since reopened and, as of August 2020, applications for the Welsh Government’s childcare offer – which provides up to 30 hours of free childcare a week during term time for 3-and-4-year olds from qualifying households – have reopened after being suspended since April. Take-up is, however, expected to be lower than usual.

“Reinstating the offer is a key part of our recovery plan. Not only does the offer provide much-needed security of funding for providers, but it helps thousands of parents, especially mothers, who have been particularly negatively impacted by recent months. Around 14,600 children were accessing the offer in January and it’s anticipated that around 8,000 to 9,000 children will take up the offer in the autumn term, which is approximately 75% to 85% of the usual take-up for autumn.”
– Deputy Minister for Health & Social Services, Julie Morgan

Additionally, grants worth up to £5,000 have been made available to childcare providers on top of other forms of pandemic business support.

Despite this, Shadow Children’s Minister, Laura Anne Jones (Con, South Wales East) said many nurseries have been running at a loss due to the low uptake. She added that some nurseries may not be eligible for additional Welsh Government support as they’re not VAT registered. The Deputy Minister said the grant scheme was introduced to address those gaps.

Sian Gwenllian MS (Plaid, Arfon) wondered whether, in light of the uptake shortfall, the Welsh Government would consider extending the offer to include unemployed parents – one of the main points of debate surrounding the law which created the scheme?

Additionally, Jenny Rathbone MS (Lab, Cardiff Central) highlighted the lack of nurseries in deprived areas where private providers may be reluctant to go.

The Deputy Minister confirmed a review is being undertaken to determine whether the scheme can expand to include parents in training or education. That review is set to report back later in the year.

The success of Flying Start will likely result in future extension “much more widely” and open it up to those living outside the strictly-defined Flying Start areas. The Deputy Minister conceded, however, that Wales remained “way behind the Scandinavian countries (on high-quality early years childcare)”.

The Welsh Conservatives’ Shadow Minister for Climate Change, Energy and Rural Affairs – Janet Finch-Saunders MS, has called for the establishment of a National Rural Crime Taskforce for Wales to replace the existing Wales Wildlife and Rural Crime Group  which does not currently include key stakeholders such as Local Authorities and Town and Community Councils.

Highlighting a recent report by the Countryside Alliance, which revealed that nearly a quarter of rural crimes were not reported to the Police, she said: “It is pivotal that any taskforce that looks at confronting the scourge of rural crime has a greater understanding of the needs of rural communities. This is especially true as a recent survey found that 56% of respondents who reported a crime were dissatisfied with the response.

“As the Countryside Alliance has commented, good rural policing is about far more than numbers of police officers on the ground. We must form effective partnerships which ensures that Local Authorities, Town and Community Councils are brought into the fold to contribute to discussions over the matter.

“Whilst I pay tribute to the work of the Wales Wildlife and Rural Crime Group, it is time that an urgent and significant change is made to ensure that authorities better reflect rural Welsh communities, so as to increase confidence in efforts to confront rural crime.”